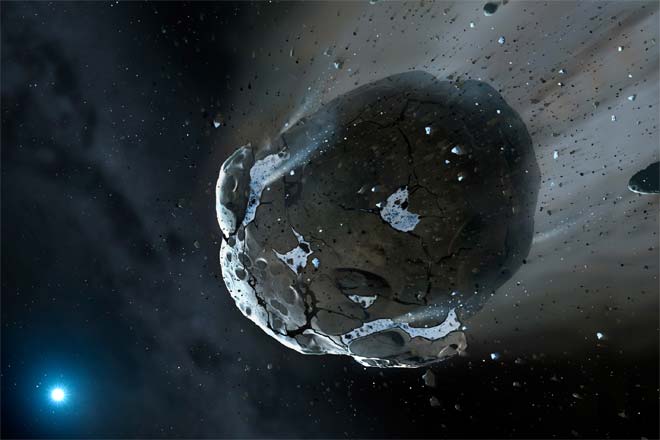 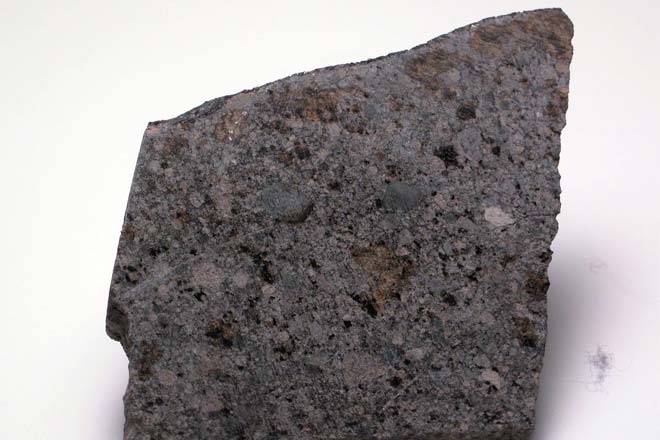 The official definition of a meteoroid from the International Astronomical Union clearly brings out the distinction between meteoroid and asteroid: A meteoroid is a solid object moving in interplanetary space, of a size considerably smaller than an asteroid and considerably larger than an atom.

Both asteroid and meteoroid refer to bodies in our solar system that orbit the Sun but are not large enough to be deemed planets. Traditionally, anything smaller than ten metres across was called a meteoroid.

A meteor is not an object; it is the visible path of a meteoroid that has entered the Earth's atmosphere. It is sometimes called a shooting star. 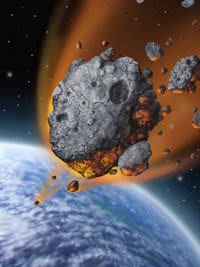 A meteor entering the Earth's atmosphere.

Meteoroids are not named because they are fairly insignificant. Asteroids are named by their discoverer. Asteroids are also numbered officially after their orbital elements are accurately determined.

Meteoroids have an insignificant impact when they fall on earth. Several million meteors fall toward the earth every year and most "burn up" before they hit the ground. On the other hand, an asteroid hitting the earth would have a significant impact. Scientists believe that around 65 million years ago, an asteroid about the size of the San Francisco Bay collided with the earth in present-day Mexico. As a result, climatic conditions may have been altered sufficiently to spur the downward decline of many large animals including dinosaurs. (see video below).

What is a Meteorite?

When an asteroid or meteoroid collides with the Earth, and survives the earth's atmosphere, it is called a meteorite. Meteorites usually fall into the ocean because oceans make up the vast majority of Earth's surface. However, there have been several known cases of meteorites falling on land, sometimes destroying a roof. There is also one known instance of death by a meteorite. [1]