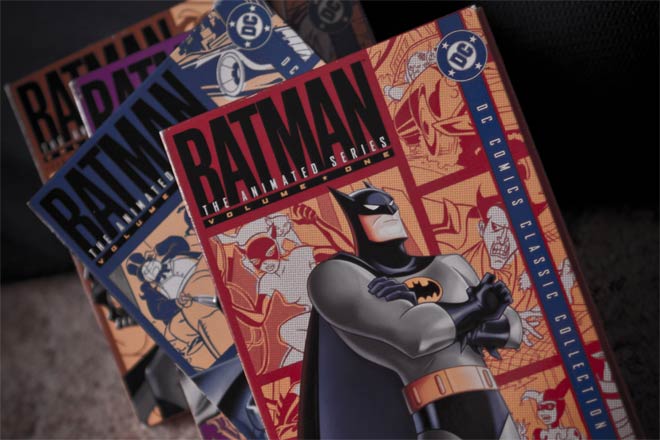 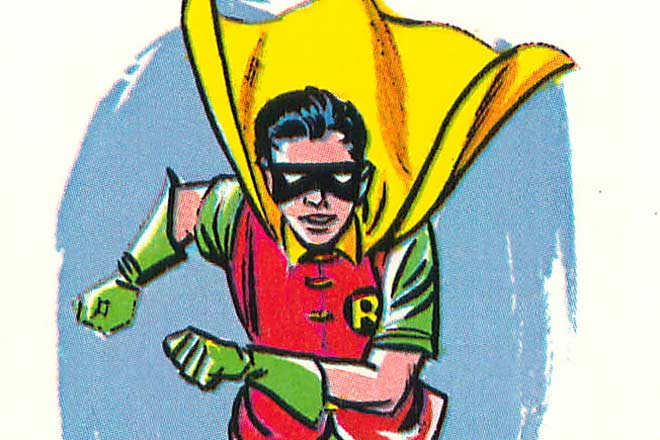 Batman and Robin are fictional comic characters. They're both superheroes who have strips released together and separately also. When they are picturised together they are often called The Dynamic Duo or the Caped Crusaders. They are both part of DC comics series. Apart from comic strips, they also feature in TV series and movies. 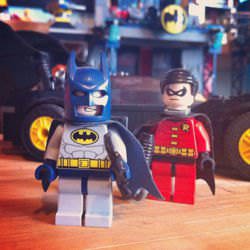 Batman is a superhero created by artist Bob Kane and writer Bill Finger. he character made his first appearance in Detective Comics #27 (May 1939). Batman's secret identity is Bruce Wayne, a wealthy industrialist, playboy, and philanthropist.Batman operates in Gotham City, assisted by various supporting characters including his sidekick Robin,who in turn is also a superhero who made his first appearance in 1940. Robin's real identity is Timothy Drake, 14 year old boy.

The inspiration behind Batman came to Bob Kane after the success of the Superman series. He collaborated with Bill Finger and worked on drawings of a superhero character with him. Based on Finger's suggestions,Kane changed the look and came up with Batman. About a year after Batman's debut, Batman creators Bob Kane and Bill Finger, along with inker/later ghost artist Jerry Robinson, introduced Robin the Boy Wonder in Detective Comics #38 (1940).The name "Robin the Boy Wonder" and the medieval look of the original costume were inspired by The Adventures of Robin Hood.

Batman's real or secret identity is Bruce Wayne, a wealthy businessman who lives in Gotham City. Bruce Wayne is often to the world as an irresponsible, superficial playboy who lives off his family's personal fortune (amassed when Bruce's family invested in Gotham real estate before the city was a bustling metropolis) and the profits of Wayne Enterprises, a major private technology firm that he inherits. Forbes Magazine estimated Bruce Wayne to be the 7th-richest fictional character with his $6.8 billion fortune. However, Wayne is also known for his contributions to charity, notably through his Wayne Foundation charity. Bruce creates the playboy public persona to aid in throwing off suspicion of his secret identity, often acting dim-witted and self-absorbed to further the act.

Robin has undergone many changes in his real identity from time he was first created. From the eight year old acrobat, Dick Grayson to Jason Todd, the nightwing to Timothy Drake, 14 year old boy. Tim continues to be the present Robin.

Needless to say both of them have some special abilities to combat crime. While Batman is known for Genius-level intelligence, detective skills, Master escapologist, Peak human physical condition, Martial arts master and a technically balanced character Robin is also a master at all these in addition to being a hacker.

The details of the Batman costume change repeatedly through various stories and media, but the most distinctive elements remain consistent: a scallop-hem cape, a cowl covering most of the face featuring a pair of batlike ears, and a stylized bat emblem on the chest, plus the ever-present utility belt. The costumes' colors are traditionally blue and grey although black or black with dark blue highlights are frequently substituted for the blue. Batman's gloves typically feature three scallops that protrude from the sides. A yellow ellipse around the bat logo on the character's chest was added in 1964, and became the hero's trademark symbol.

Tim Drake's original costume was slightly different from that of his predecessors as supplied by Batman to give him a measure of increased protection. It includes an armored tunic, a cape that is black on the outside though still yellow on the inside, and green leggings. Other details include an armored gorget, jika-tabi style boots, an emergency "R" shuriken on his chest in addition to the traditional batarangs, and a collapsible bo staff as primary weapon. There is also a general change of the theme of the equipment from "Bat" to "Robin".

Batman utilizes a large arsenal of specialized gadgets in his war against crime, the designs of which usually share a bat motif. The first bat-themed weapons were the batarang and the "Batgyro" in Detective Comics #31 and #32 Batman's primary vehicle is the Batmobile, which is usually depicted as an imposing black car with large tailfins that suggest a bat's wings. Batman's other vehicles include the Batplane (aka the Batwing), Batboat, Bat-Sub, and Batcycle. Batman keeps most of his field equipment in a signature piece of apparel, a utility belt. Over the years it is shown to contain a virtually limitless variety of crimefighting tools. Different versions of the belt have these items stored in either pouches or hard cylinders attached evenly around it. Robin wears a fire-resistant tunic with the highest ballistics-rating currently available. There is also a steel gorget in his collar. His utility belt includes a storage sheath for his telecoping Bo staff, slingshot, exploding Bang-a-rangs, and various computer hacker tools. There's also a rechargeable oxygen cylinder, a removable buckle that reveals a mouthpiece/purge valve, an emergency rebreather with 15 minutes of breathing time per oxygen cylinder, a gas pellet pouch, and a quick-release hasp with a self-destruct mechanism. Starlite lenses, a radio receiver/transceiver and an inertial navigation unit are concealed in the mask.

The first Robin miniseries was printed in 1992 following Tim Drake's debut as Robin. The series centered around Tim's continued training and set up villains linked to the character. It was followed up by another series Robin II: Joker's Wild which pitted Tim against his predecessor's murderer the Joker. With Batman out of town, it was up to Tim and Alfred to end the Joker's latest crime spree. A final miniseries, Robin III: Cry of Huntress wrapped up the trilogy, teaming Tim with the Huntress. In 1994, the success of the three miniseries led to the ongoing Robin series which is still published to this day.

The character of Batman has appeared in various media aside from comic books. In 1943, the character was adapted in the 13-part serial Batman. A second movie serial, Batman and Robin, followed in 1949 which was also the debut of Robin's TV career. The Batman television series, starring Adam West, premiered in January 1966 on the ABC television network. The popularity of the Batman TV series also resulted in the first animated adaptation of Batman in the series The Batman/Superman Hour. Batman returned to movie theatres in 1989, with director Tim Burton's Batman starring Michael Keaton. The film spawned three sequels: Batman Returns (1992), Batman Forever (1995) and Batman & Robin (1997). In 2005 Christopher Nolan directed Batman Begins, a reboot of the film franchise starring Christian Bale as Batman. A sequel to Nolan's film, The Dark Knight, is due for release in July 2008.

The first two seasons of Batman: The Animated Series, which debuted in 1992, featured Robin/Dick Grayson, only occasionally because he was attending college. In its third and final season (1994–1995), the show was retitled The Adventures of Batman and Robin as Robin appeared regularly. Both Batman and Robin are playable characters in many games as well.