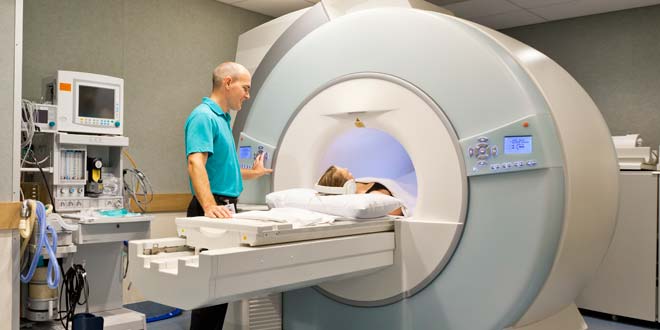 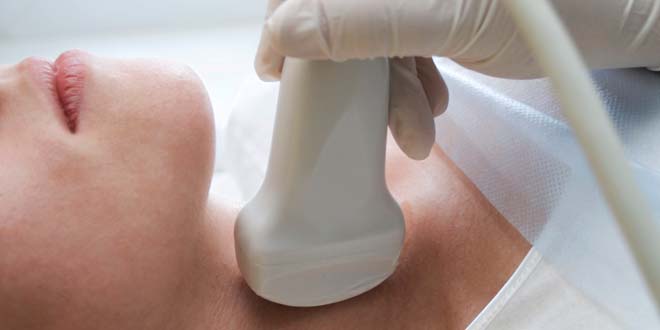 Ultrasound and CT Scan (Computed Tomography) are two of the most widely used medical imaging techniques. The techniques use different principles to generate an image for diagnostic purposes. 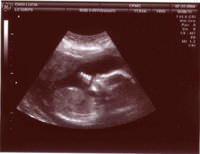 Sonogram of a fetus in its mother's womb

How Ultrasounds and CT Scans Work

Different medical imaging principles are applied for ultrasounds and CT scans. As a result, the process of scanning is also different. 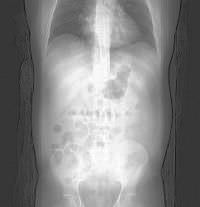 The CT scan of a person's torso.

A CT scan creates a 3D image of an organ or of the interior body structure. It does this by compiling multiple X-ray images created by low-powered rays passing several times over the same body area, from different angles. A computer merges all the images into a final result that enhances clarity and definition.

In an ultrasound, a sound wave is produced in short pulses at the desired frequency and focused at the region of interest in the body. These sound waves are partially reflected back from the body, received by a transducer and sent to the ultrasonic scanner, where they are processed and transformed into a digital image. The formation of the image depends on the time and the strength of the echo, and is displayed on the computer screen for analysis.

During CT scans, patients are moved through the scanning system. A source of X-rays and an X-ray detector also rotate in synchronicity so that the X-rays that are passed through the region of interest can produce different image slices in axial or helical mode. The multiple images are then computed to create a view of the organ. The prepared CT image can be immediately viewed on a television monitor or recorded for storage and analysis later.

During a medical ultrasound, a probe is passed over the region of interest to send sound waves into the area. To minimize air bubbles between the probe and the skin, a jelly is applied to the region first. The patient is sometimes asked to change positions to get a better view of the target area. The images obtained measurements can be viewed or stored for use later.

CT Scan costs range from $1200 to $3200 - they are usually more expensive than ultrasonography. The cost of ultrasound depends on the area examined and usually ranges form $100 to $1000. The cost might vary in different countries.

Applications of Ultrasound vs CT Scan

The advantages of CT scans are most evident in screenings for cancer (tumors), injuries, or abnormalities inside the body. The scans can also be combined with other techniques, such as ultrasound or Magnetic Resonance Imaging (MRI), for greater definition and precision.

Ultrasound is used for diagnostic applications, such as visualizing muscles, tendons, internal organs, to determine its size, structures, any lesions or other abnormalities. Obstetric sonography is used to visualize fetuses during pregnancy. Other applications of ultrasound include removing kidney and gall stones, lipectomy and other applications.

What makes CT scans more useful than X-rays is that the CT result offers a higher-contrast image between tissue types. In addition, a CT scan can home in on a specific structure or area within the body, eliminating possible obstructions such as other organs, bones, or tissue. From a single scan, a doctor can look at different angles and planes, increasing diagnostic ability. This level of accuracy can help patients avoid further procedures, such as colonoscopies or exploratory surgery.

However, the use of X-rays in CT scans is often associated with higher risks for cancer, especially lung and colon cancer, and leukemia. Newer CT units use lower doses of X-rays for shorter scan periods to help combat this problem. Another concern is that the contrasting agents used to enhance visibility may have potentially serious long-term effects.

Ultrasound is less expensive and comparatively safer technique than CT scans. It has a variety of applications in the biomedical, industrial and other areas.

The advantages of ultrasonography far outweigh any risks associated with this technique. However, several studies have highlighted the harmful effects of ultrasound on pregnant mammals such as mice though this effect has not yet been shown in humans. Also, increased exposure to ultrasound waves leads to heating up of tissues, changes in pressure and other mechanical disturbances.

A study financed by the U.S. government showed that current and former heavy smokers can, with annual CT scans, reduce their odds of dying from lung cancer by as much as 20%, as early detection of diseases greatly increases chances of survival.[1]

The video below discusses different types of scans, including ultrasounds, CT scans, MRIs, and PET scans.

The cost quoted here for CT scan is unbelievably high. In India, the general cost for MRI or CT scan ranges from $70 to $120 at any good hospital/scanning centre.

Are reports from a CT scan accurate in discovering ataxia on the cerrebellum of the brain? Are the radiologists trained well in identifying ataxia??

If you suspect a sponge has been left inside during surgery, and you cannot have an MRI because of metal implanted in your body (in veterbrae in neck), what is the best way to look for that sponge?

If problem in heart valve(leakage) which machine is suitable to diagnose.

If a blockage is suspect somewhere along the bowel would an ultrasound be preferred over Ct scan/MRI ?