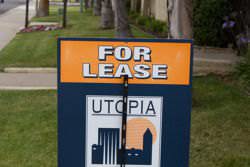 What is a Lease?

Various accounting standards recognize different kinds of leases. Standards govern the classification not just the lessee but also for the lessor.

Types of Leases Recognized by Various Standards, as found in this FASAB report. The IFAC recognizes Capital Leases but calls them Finance Lease.

In general, a capital lease (or finance lease) is one in which all the benefits and risks of ownership are transferred substantially to the lessee. The legal owner (the holder of the title) may still be the lessor. This is analogous to financing a car via an auto loan -- the car buyer is the owner of the car for all practical purposes but legally the financing company retains title until the loan is repaid.

The last two criteria do not apply when the beginning of the lease term falls within the last 25 percent of the total estimated economic life of the leased property.

If none of these criteria are met and the lease agreement is only for a limited-time use of the asset, then it is an operating lease.

In contrast, accounting for a capital lease (or finance lease in IFAC terminology) treats the lessee as the owner of the asset, which means:

The FASB and the IASB have proposed some changes to lease accounting rules that would virtually eliminate operating lease accounting treatment for all companies that lease real estate. The changes, proposed in 2012, are expected to take effect in 2015.[1] The proposed standards will require assets and liabilities to be reported related to the lease. To that extent, the leases will be similar to capital or finance leases. But there are some differences in how these assets and liabilities are measured.

Advantages of an operating lease

Advantages of a capital lease

Can anyone explain how capital lease decreases working capital ratio?