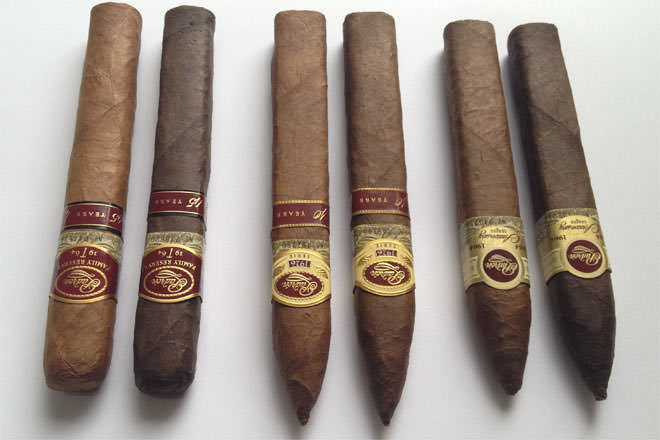 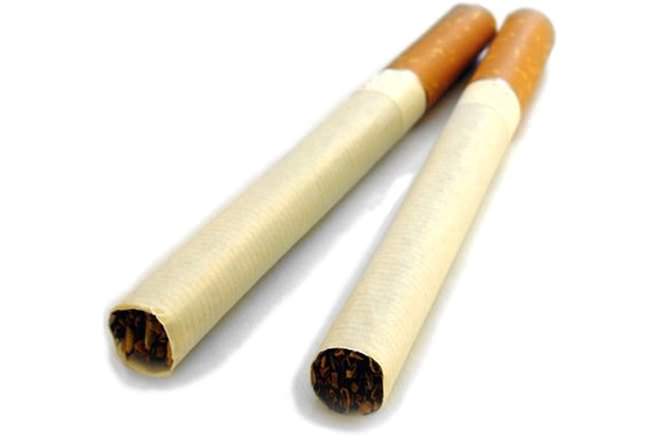 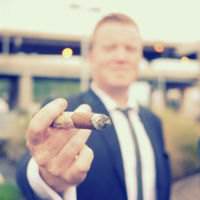 How to smoke a cigar

Before a cigar is smoked, it must be cut. Insert the head of the cigar into a cigar cutter and cut into it, around 1/16 to 1/8 of an inch from the end. When lighting the cigar, grip it around the band with thumb, index finger, and middle finger and place into your mouth. Hold the end of the cigar just above the lighter flame. Begin puffing on the cigar and slowly rotate the cigar, without allowing it to touch the flame. Rotate it for 10 to 20 seconds until the outer rim begins to glow. Continue to puff and rotate every 30 to 60 seconds.

Cigarettes are far simpler to smoke. They are held by the lips while a flame is brought near the end. A single puff is usually enough to fully light a cigarette. The smoke is inhaled when smoking a cigarette. This takes nicotine to the lungs from where it is absorbed into the bloodstream.

The big difference is that when smoking a cigar, the smoke is not inhaled. Unlike cigarette smoke, you are supposed to savor the taste of cigar smoke only in your mouth and not take it into your lungs.

Cigar smoking is often viewed as more sophisticated than cigarette smoking. Cigars are more popular in the US than the rest of the world, with 2.2% of adults smoking them. They are significantly more popular with men than women. They are often included in caricatures of the rich and of capitalism, and are smoked to celebrate special occasions, such as the birth of a child. They are seen as masculine, powerful objects.

21% of adults in the US smoke cigarettes, although this rate has been declining since the 1960s. Cigarette smoking is frowned upon and considered less sophisticated than cigars. Society also tends to focus more on the health risks of cigarette smoking than cigar smoking because cigarettes are more popular. It is illegal to smoke both cigars and cigarettes in office buildings and public places like restaurants or retail stores in most states.

According to cancer.gov, cigars are a significant health risk. They contain more cancer-causing substances than cigarettes and more tar. Some argue that cigar smoke is less of a risk for lung cancer, as the smoke is not inhaled into the lungs. However, according to the Journal of Primary Prevention, cigars are still a major risk for cancer, including mouth and throat cancer, with the risk increased for people who inhale more, smoke more or smoke them longer. However, the health risks for those who smoke less than daily are unknown.

Both cigars and cigarettes also present a "passive smoking" health risk to non-smokers who may be in the vicinity of smokers.

Funny thing is. Us muricans took the 'cuban cigar' massed producedbit. And now sell it a HIGHER rate than the cubans. WIN MURICA

I was given my first Cuban cigar while in Iraq. It was so good I had to smoke it over a 3 day period. I know it is not correct but it was so good so smooth the best and made better because I was going home to retire.