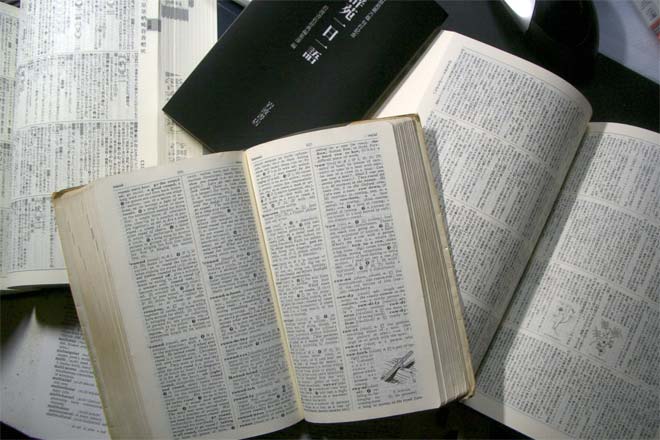 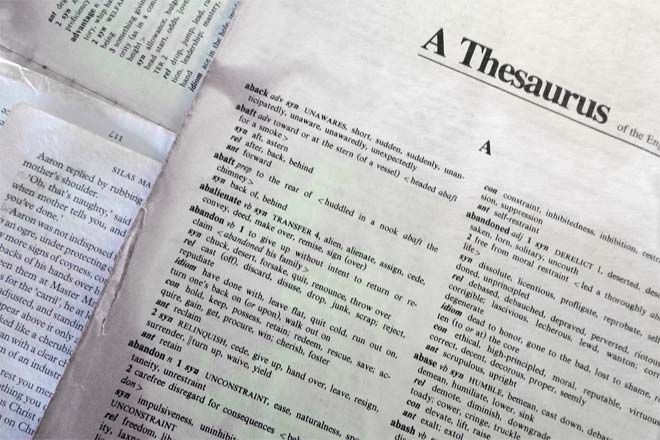 A dictionary is a collection of words along with their meaning, definition and description of usage. A thesaurus presents words as "word families," listing their synonyms without explaining their meanings or usage. Thesauri may list words alphabetically or conceptually. 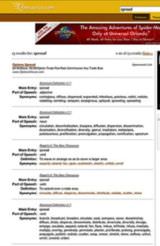 'Word famillies in a thesaurus

A dictionary is used to look up the meaning of a particular word, say when want to know what a word means, or the various contexts in which it may be used differently, what part or parts of speech it is, etc. A dictionary gives thorough details on the meaning, definition, usage and etymology of a word.

A dictionary entry with definition, pronunciation, part of speech and other details

A thesaurus usually does not contain all the words of the language. It provides several similar alternative words (synonyms), as well as contrasting words (antonyms). A thesaurus is also a useful resource when you know the meaning of the word but not the word itself.

This video explains how to use [www.visualthesaurus.com Visual Thesaurus] as a dictionary and a thesaurus:

The most popular dictionaries are Oxford English Dictionary, Chambers, Merriam-Webster and Collins.

The most popularly used thesaurus is Roget, and often Webster.

Much debate and doubt is cast over what constitutes as the world's first dictionary. Archaeologists have found a dictionary from the Akkadian Empire located in modern Syria of 2300 BCE, which contains bilingual word lists. A 3rd century Chinese dictionary was discovered as the first monolingual word list. Arabic dictionaries were complied in rhyme order in the 8th and 14th centuries. The earliest English dictionaries were bilingual glossaries in French, Italian or Latin. The first purely English alphabetical dictionary was written in 1604 by school teacher Robert Cawdrey called A Table Alphaeticall. It was not thought to be very accurate. Samuel Johnson's A Dictionary of the English Language was regarded as the most trusted 'modern' dictionary for around 150 years from 1755 until Oxford English Press released the Oxford English Dictionary 1884 in small books with a full complete version coming out 50 years later in 1928. It is now considered to be the most trusted dictionary in the world.

In antiquity Philo of Byblos wrote the first text that could be now thought of as a thesaurus. In Sanskrit the Amarakosha is a thesaurus in verse form, written in the 4th century. The first example of the modern genre, Roget's Thesaurus was compiled in 1805 by Peter Mark Roget and published in 1852. Entries in Roget's Thesaurus are listed conceptually rather than alphabetically.