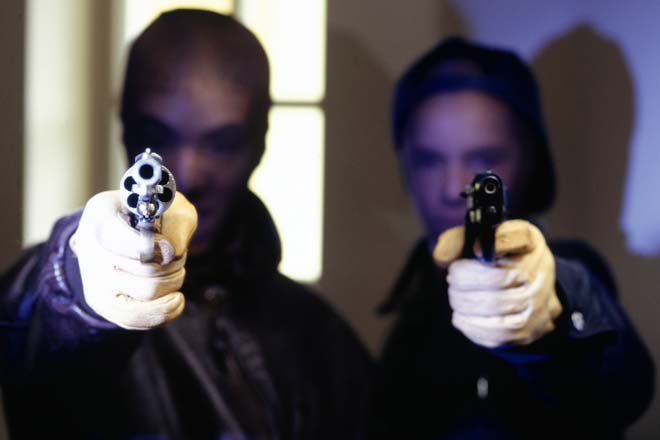 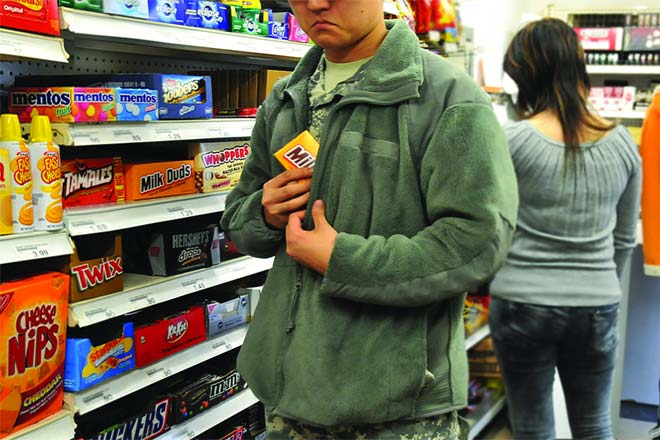 A felony is a more serious crime than a misdemeanor and carries much higher penalties, such as long-term jail sentencing. For example, murder or armed robbery are felonies, while shoplifting — typically a nonviolent crime — is a misdemeanor. In several states, possession of small amounts of marijuana has been downgraded to a misdemeanor. The penalty for misdemeanors often involves only a fine and no jail sentence. If jail time has been ordered, it is for no more than 1 year.

States like Texas, California, Washington, and numerous others have enacted three-strikes laws, wherein those convicted of a felony who have been previously convicted of two or more violent crimes or serious felonies usually receive a life sentence.

In the U.S., states get to define and classify most crimes and their punishments. Most states classify their misdemeanors and felonies in some fashion — e.g., "Class A [B, or C] misdemeanor" or "Class B1 felony" — and mete out punishment according to which class a particular crime falls under.[1][2] This means the classification of crimes and their related punishments vary wildly by state, and that what is a misdemeanor in one state may be a felony in another.

These differences are especially apparent when it comes to first-time and subsequent drug offenses, where possession of 1 oz. of marijuana, for example, is legal in Washington State, a misdemeanor in Texas, and a felony in Arizona.[3]

Misdemeanors tend to include nonviolent crimes, such as trespassing, petty theft, vandalism, and disorderly conduct, as well as simple assault (the verbal threat or attempt of physical violence without a weapon) and usually several types of drug possession for first-time offenders.

Crimes are often classed as felonies when they involve physical violence or actions that cause other extreme psychological harm or indicate extreme negligence. For example, battery and aggravated assault (the verbal threat or attempt of physical violence while brandishing a weapon), the creation/collection/sharing of child pornography, murder or manslaughter, robbery, repeated DUI/DWI convictions, kidnapping, and vehicular homicide are all felonies. There are other types of felonies that are nonviolent, but considered egregious acts in some other way; this includes crimes such as tax evasion, threatening an officer, grand theft, copyright infringement, perjury, mail fraud, and violation of probation or parole.

Certain crimes can be prosecuted either as a felony or a misdemeanor, based partly on the discretion of the prosecutor and partly on aggravating factors, e.g. the presence or use of weapons. "Wobbler" is not a legal term but used colloquially because of the nature of the crime. Which crimes are wobblers depends upon the state but some examples include:

Fines for misdemeanors vary by state and by crime / class of crime. For example, in Alaska, a Class A misdemeanor (the most serious) can result in fines of up to $10,000. Meanwhile, in most other states, maximum misdemeanor fines tend to be no more than $1,000 to $5,000.

Felony charges often result in fines as well, but they are much heftier. In the state of New York, for example, a Class A-I felony, the most serious of that state's classification system, can result in a fine of up to $100,000.

Depending on the crime, a judge may rule that no jail sentence is required for a misdemeanor charge, or that only probation is required. In the event that incarceration is ordered, it may only be for up to 12 months. (One exception to this general rule is found in Massachusetts, where jail sentencing for a misdemeanor can be set for as long as 2.5 years.) Most convicted of a misdemeanor who must serve time will be sent to a county jail, not a prison.

When felons receive a jail sentence, they are generally placed in a state prison for anywhere from 1-5 years, up to life in prison, depending on the crime committed. Many states, such as Texas and Oklahoma, also still allow and regularly employ capital punishment for murder.

Out of 50 states in the U.S., 27 have three-strikes laws. These laws impose harsher sentences on repeat offenders — usually persistent felons. For example, a person who is charged a second or third time for felony assault and battery may be given a sentence of 25 years in prison, or perhaps even life imprisonment. 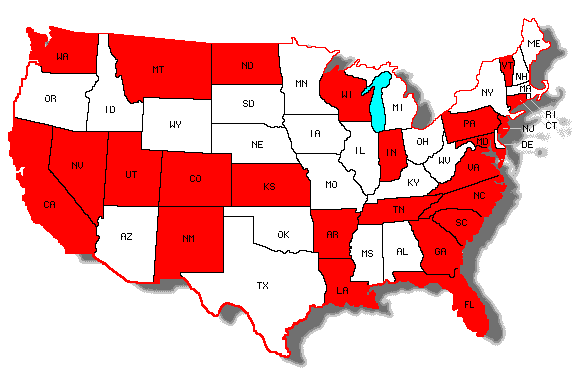 The effects of three-strikes laws have been difficult to measure, as crime rates have fallen across the United States in recent decades, regardless of the use or lack of three-strikes systems. However, these laws are said to play a part in the growing, costly prison population and disproportionately affect minorities.[4][5]

Effects of Misdemeanor and Felony Convictions

Any person convicted of a felony or misdemeanor after the age of 18 receives a permanent mark on his or her record, which can affect gun ownership rights and future employment opportunities, depending on the crime(s). A misdemeanor conviction is less likely to affect prospects than a felony conviction. If the misdemeanor was closely related to a previous job, however, gainful employment may be particularly difficult to come by, especially as professional licenses are sometimes revoked when someone is convicted of a misdemeanor crime related to his or her professional life.

While many job applications ask about criminal history, the Equal Employment Opportunity Commission (EEOC) puts some limits on how employers can reject those with a criminal background. Even so, more serious crimes will almost always negatively affect job prospects, and many with a criminal background cannot find employment in sectors that deal with people in delicate situations (e.g., nursing, teaching, law, or psychology).

Expunging a Misdemeanor or Felony From a Permanent Record

It is possible to seal documents related to a misdemeanor or felony, meaning that information is no longer available to the general public, and that formerly convicted individuals will not even have to disclose their criminal history. This process is known as expungement. How it works and which crimes can be expunged varies by state.

Expungement is most likely to be granted to those convicted of nonviolent, low-level, first-time misdemeanors. Some states require a waiting period of 10-15 years before expungement can even be sought.