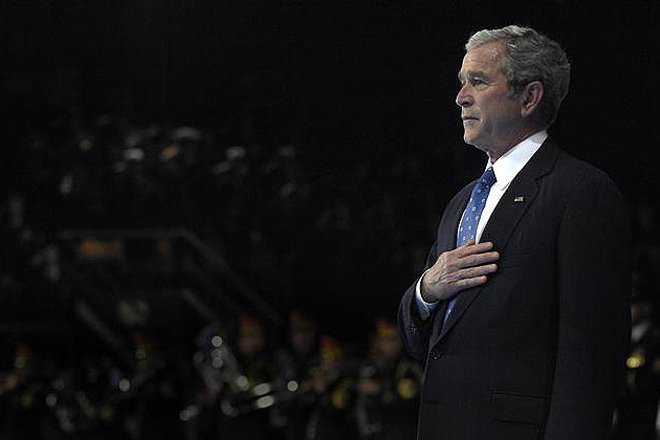 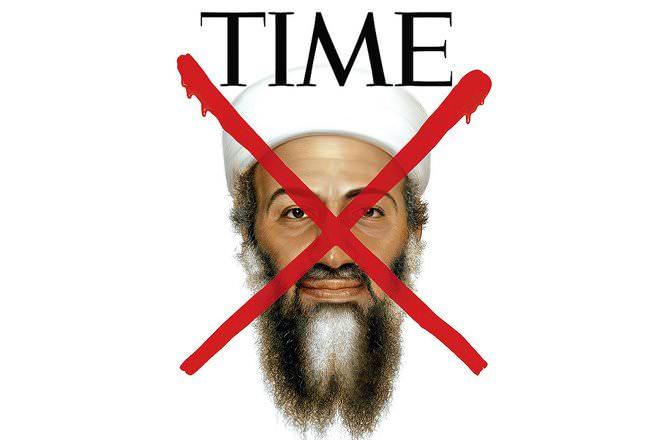 George Walker Bush (born July 6, 1946) is the forty-third and current President of the United States of America. Originally inaugurated on January 20, 2001, Bush was elected president in the 2000 presidential election and re-elected in the 2004 presidential election. He previously served as the forty-sixth Governor of Texas from 1995 to 2000, and is the eldest son of former United States president George H. W. Bush.

Osama bin Muhammad bin 'Awad bin Laden (born March 10, 1957) most often referred to as Osama bin Laden or Usama bin Laden, was a Saudi Arabian-born militant Islamist who was the founder of Al-Qaeda. He is a member of the wealthy bin Laden family.

Bush attended Phillips Academy in Andover, Massachusetts Bush attended Yale University, where he received a Bachelor's degree in history in 1968. Following college, Bush worked in his family's oil businesses, and in 1978 made an unsuccessful run for the U.S. House of Representatives. He later co-owned the Texas Rangers baseball team before returning to politics in a campaign for Governor of Texas. He defeated Ann Richards and was elected Governor of Texas in 1994. Bush won the presidency in 2000 as the Republican candidate in a close and controversial contest, in which he lost the nationwide popular vote, but won the electoral vote. Bin Laden may have studied economics and business administration at the Management and Economics School of King Abdulaziz University in Jeddah. Some reports suggest bin Laden earned a degree in civil engineering in 1979, or a degree in public administration in 1981. Other sources describe him as never having graduated from college, though "hard working," or having left university during his third year.

Career of Bush vs. bin Laden

On September 4, 1976, at the age of 30, Bush was arrested for driving under the influence of alcohol near his family's summer home in Kennebunkport, Maine. In 1978, Bush ran for the U.S. House of Representatives from the 19th Congressional District of Texas. He won with 52 percent against Richards' 47 percent. Under the Bush Administration, Real GDP has grown at an average annual rate of 2.5%. Bush signed the No Child Left Behind Act into law. The September 11 terrorist attacks were a major turning point in Bush's presidency and Bush addressed rescue workers at Ground Zero in New York, September 14, 2001. In a September 20, 2001 speech, Bush condemned Osama bin Laden and al Qaeda, and issued the Taliban regime in Afghanistan. After the September 11, 2001 attacks on the United States by the al Qaeda organization of Osama bin Laden and the invasion of Afghanistan in response, Bush discussed a global War on Terror in his January 29, 2002 State of the Union. One of the worst natural disasters in U.S. history, Hurricane Katrina, struck early in Bush’s second term. On July 19, 2006, Bush used his veto power for the first time in his presidency to veto the Stem Cell Research Enhancement Act.

By 1984, with Azzam, Osama bin Laden had established a Saudi Arabian funded organization named Maktab al-Khidamat. Osama worked at the Services Office working with Abdullah Azzam on Jihad Magazine. By 1988, bin Laden had split from Maktab al-Khidamat because of strategic differences. After Iraq invaded Kuwait in 1990, bin Laden offered to help defend Saudi Arabia (with 12,000 armed men) but was rebuffed by the Saudi government. Attacks on United States targets: The first terrorist attack involving bin Laden was on the December 29, 1992, the attack was intended to kill American troops. In 1998, Osama bin Laden and Ayman al-Zawahiri, co-signed a fatwa in the name of the World Islamic Front for Jihad Against Jews and Crusaders. September 11, 2001 attacks. On June 8, 1998 a United States grand jury indicted Osama bin Laden on charges of killing five Americans and two Indians in the 13 November 1995.On June 7, 1999, bin Laden became the 456th person listed on the United States Federal Bureau of Investigation (FBI) [Ten Most Wanted Fugitives list. With detailed planning and accurate execution, bin Laden directed the September 11 attacks on America which led to a monumental loss of property and human lives apart from becoming a huge embarresment to the legacy of the United States's military, intelligence & administration mights. On October 10, 2001, bin Laden appeared as well on the initial list of the FBI's top 22 Most Wanted Terrorists. Bin Laden later claimed the Taliban were being attacked by American forces without reason. In 2002 he was declared 'Newsmaker of the Year 2001' by India Today Magazine. In 2004 and 2007, he was featured in Time Magazine as one of the 100 Most Influential People of the World.