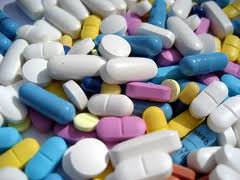 A typical Vicodin tablet is composed of 5mg hydrocodone bitartrate and 500mg acetaminophen, containing significantly higher levels of acetaminophen than a Norco tablet.

The usual adult dosage for Norco is 1 tablet every four to six hours as needed, although actual recommendations are adjusted according to severity of pain and patient response. The daily dosage should not exceed 6 tablets.

The usual adult dosage for Vicodin is 1-2 tablets every four to six hours as needed, also varying in accordance with patient response. Notably, more Vicodin tablets can be used at once than Norco tablets. The daily dosage also has a slightly higher capacity than Norco, as Vicodin recommendations say not to exceed 8 tablets per day, whereas Norco only allows up to 6.

Overdoses of Norco and Vicodin can lead to liver damage and death. Signs of an overdose include nausea, vomiting, stomach pain, sweating, and confusion. Later symptoms include pain in the upper stomach, dark urine, and the yellowing of skin and eyes (jaundice).

Side effects for each of these drugs are essentially the same, and include drowsiness, upset stomach, constipation, headache, blurred vision, dry mouth, hives, difficulty breathing, swelling of face, confusion, itching, and slow heartbeat.

Vicodin slightly differs from Norco in that the likelihood of stomach problems tends to be far higher for patients taking Vicodin due to its higher levels of acetaminophen. Some doctors will change prescriptions to Norco for patients having stomach issues with Vicodin.

Norco and Vicodin have the same essential warnings. Those who have ever had alcoholic liver disease or drink more than three alcoholic beverages a day should not take this medicine without consulting a doctor. Individuals taking them should not drink alcohol, as it increases their risk of liver disease. These drugs can also cause breathing problems and addiction/withdrawal symptoms in newborns, so pregnant women should consult their doctor before taking them. Neither should be taken with any other narcotic pain relievers, sedatives, sleeping pills, or muscle relaxers.

Due to the mood-altering effects of Norco and Vicodin, both drugs are addictive. If individuals suddenly stop taking these drugs after long-term use they may suffer from withdrawal symptoms. Neither of the substances is significantly more addictive than the other, as their composition is essentially the same.

However, due to the higher concentration of hydrocodone in Norco tablets, patients on these pills may potentially experience the addictive properties of the drug earlier in use.

Both Norco and Vicodin are Schedule III controlled substances, indicating that they have less potential for abuse than Schedule I or II drugs. This also means that the drugs are currently accepted for medical use treatment in the United States, and that they may lead to moderate or low physical dependence or high psychological dependence.

Norco or Vicodin prescriptions can typically have up to 5 refills after the first filling within 6 months and may be phoned or faxed into the pharmacy by the health care provider. Since both are Schedule III drugs, neither can be refilled more than 5 times.