The standard rule of grammar is that the usage of that vs. which depends upon whether the following clause is restrictive or non-restrictive.

"That" is used to indicate a specific object, item, person, condition, etc., while "which" is used to add information to objects, items, people, situations, etc. Because "which" indicates a non-restrictive (optional) clause, it is usually set off by commas before "which" and at the end of the clause.

Contents: That vs Which

Rule for using That instead of Which

The general rule requires that you use that only to introduce a restrictive (or defining) relative clause, which identifies the person or thing being talked about. For example,

In this sentence, the phrase that I was telling you about specifically identifies the object in the previous phrase (building) and is a restrictive clause. In this use, that should never be preceded by a comma because the word is an integral (non-optional) part of the description. 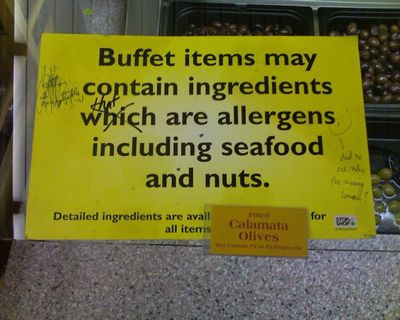 Note that the subject of the restrictive clause can change "that" to "who", "when" and "where" for correct usage. Use who for a person, when for a time period and where as a substitute for "that place". For example:

Rule for using Which instead of That

On the other hand, use which with non-restrictive (or non-defining) clauses. These are clauses providing additional information about something that has already been identified in the context. In this use, which is always preceded by a comma and a comma is placed after the restrictive clause ends (if the sentence continues). For example,

When the clause is at the end of the sentence, only one comma is used, before which:

In this case, the clause which is hard to follow is descriptive, not restrictive i.e. it does not specify which text is being complained about (although it can be easily inferred). For these cases, which sounds more natural than that.

The use of which with restrictive clauses is fairly common, even in edited prose. However, the American Psychological Association (APA), in its 6th edition Manual, recommends adhering to the rule and use that for all restrictive clauses.

Which can be especially useful where two or more relative clauses are joined by and or or. For example,

You may also want to use which to introduce a restrictive clause when the preceding phrase contains a that or a those. For example,

Using That and Which together

The words that and which can also be used together. In doing so, that serves to emphasize the descriptive clause introduced by which. For example,

The Graduate Management Admission test (GMAT) has a Sentence Correction section. To improve your chances at properly selecting the right answer between that and which, use this technique:

Comments: That vs Which