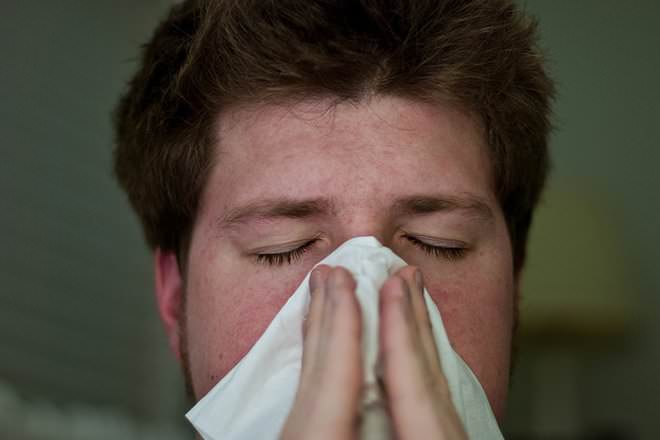 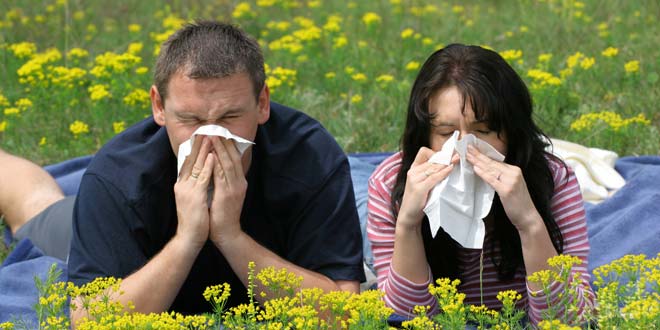 Allergic reactions are the immune system's response to certain allergens, which could be anything from food to things in the environment, like dust mites, mold, pollen, animal hair, etc.

The common cold is a viral infectious disease of the upper respiratory tract and primarily affects the nose. There are over 200 virus strains implicated in the cause of the common cold, but the most common cause is the rhinovirus.

Common symptoms of allergies include itchy and watery eyes, a runny nose with clear mucus, sneezing and a stuffy nose. Less common symptoms include a cough, sore throat and fatigue. Symptoms can begin immediately after exposure to the allergen.

Common symptoms of colds include a cough, sore throat, sneezing, a runny nose with yellow mucus and a stuffy nose. Less common symptoms include aches, fatigue, and an occasional fever. Symptoms take a few days to appear after infection with the virus.

Time of the Year

Although both an allergy or the common cold can catch you unawares at any time, they occur at different times of the year, and have a different duration.

Allergies can occur at any time of the year, but the appearance of most common allergens like pollen is seasonal, usually during the spring. Allergies last from a few days to months, but only as long as the person is exposed to the allergen.

The common cold most often occurs in cold weather, and typically lasts from three to 14 days.

This video highlights the typical differences between an allergy and the common cold:

Preventing a cold involves preventing the cold-causing virus from getting into the system, by keeping a distance from people with colds and washing hands frequently.

Allergies are treated with antihistamines. Antihistamines block histamine, which is a substance that causes the symptoms of allergies. Decongestants, which reduce the swelling in nasal mucus membranes, are another effective treatment. For more severe allergies, nasal steroids may be necessary to reduce swelling in the nasal passage. Some allergy sufferers require allergy shots, which mean getting injected with small amounts of the allergen in order to become tolerant to it. Over-the-counter antihistamines like Allegra and Claritin are the most common.