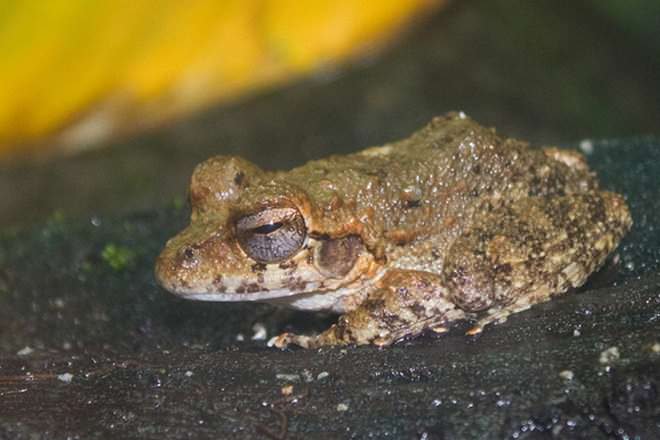 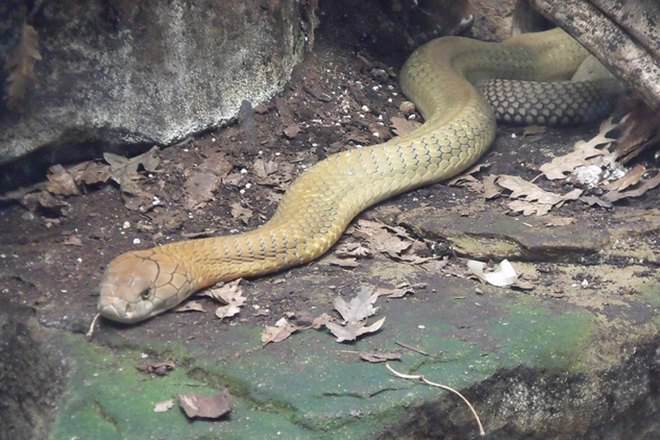 Reptiles and amphibians are distantly related to each other but in spite of some similarities, they can be distinguished by their physical appearance and different stages of life.

Amphibians live "double lives" — one in water with gills and the other on land by growing lungs as they age. They are vertebrates and cold blooded (ectothermic). Early amphibians, a crucial link from fish to terrestrial reptiles, were the first animals to leave the sea and venture onto the land.

Reptiles (meaning "to creep stealthily under cover of darkness") are a group of animals that have scales (or modified scales), breathe air, and usually lay eggs. Most reptiles live on land and reproduce by laying eggs. Crocodiles, snakes, lizards, and turtles are all examples of reptiles.

Reptiles and amphibians have major physical differences. Reptiles have dry and scaly skin, whereas amphibians feel moist and sometimes rather sticky. They are vertebrates and cold blooded like amphibians. As compared to reptiles, amphibians have smooth skin. The skin of most amphibians is not water-proof unlike reptiles. Although most of the amphibians have lungs, they usually breathe through their skin and lining of their mouth, whereas most reptiles do not. Most amphibians have four limbs. Limbs and lungs are for adaptations of life on land and distinguish them from reptiles.

Both reptiles and amphibians reproduce by laying eggs, but reptiles have hard leathery eggs to protect the young ones inside and are often laid in buried, insulated nests. Eggs of amphibians are soft without any type of external membrane and are usually attached to the stems of aquatic plants.

Amphibians are typically water animals whereas Reptiles are not.

There are three main categories (orders) of amphibians: newts and salamanders (urodeles); frogs and toads (anurans); and caecilians (the worm-like gymnophiones). A common misconception is that snails are amphibians - although some snails are found on land and some in water, these are two distinct varieties; snails are not amphibians.

There are four reptile orders in existence today. Crocodilia refer to animals like crocodiles and alligators. Squamata refers to lizards, snakes, and similar creatures. All turtles are included in the Testudines order. The order Rhynchocephalia contains only two species known as tuataras, native to New Zealand. 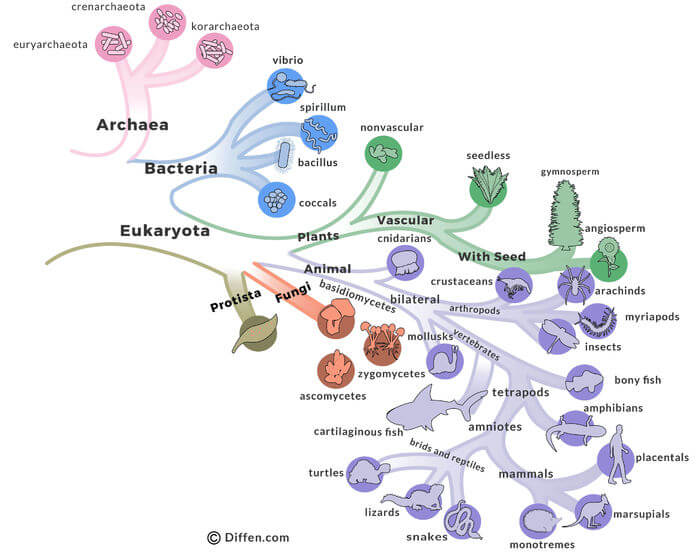 The tree of life showing the classification of all living organisms. Amphibians and reptiles are both vertebrates.

Evolution of Reptiles and Amphibians

Hylonomus is the oldest known reptile was about 8 to 12 inches long with origins 200 million years ago.  The first true "reptiles" (Sauropsids) are categorized as Anapsids, having a solid skull with holes only for nose, eyes, spinal cord, etc. Turtles are believed by some to be surviving Anapsids. Shortly after the first reptiles, two branches split off, one leading to the Anapsids, which did not develop holes in their skulls. The other group, Diapsida, possessed a pair of holes in their skulls behind the eyes, along with a second pair located higher on the skull. The Diapsida split yet again into two lineages, the lepidosaurs (which contain modern snakes, lizards and tuataras, as well as, debatably, the extinct sea reptiles of the Mesozoic) and the archosaurs (today represented by crocodilians and birds only, but also containing pterosaurs and dinosaurs).

The earliest, solid-skulled amniotes also gave rise to a separate line, the Synapsida. Synapsids developed a pair of holes in their skulls behind the eyes (similar to the diapsids), which were used to both lighten the skull and increase the space for jaw muscles. The synapsids eventually evolved into mammals.

The first major groups of amphibians developed in the Devonian Period(  A period of geological time around 350 million years ago) from fishes similar to the modern coelacanth where the fins had evolved into legs. These amphibians were around five meters long in length, which is rare now. In the Carboniferous Period, the amphibians moved up in the food chain and began to occupy the ecological position where we now find crocodiles. These amphibians were notable for eating the mega-insects on land and many types of fishes in the water. Towards the end of the Permian Period and the Triassic Period, the amphibians started having competition with proto-crocodiles which led to their drop in size in the temperate zones or leaving for the poles. (Amphibians were able to hibernate during the winter whereas crocodiles could not, allowing the amphibians in higher latitudes protection from the reptiles.)