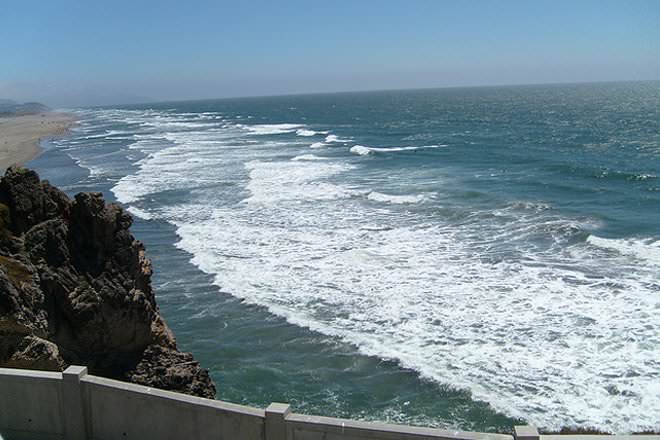 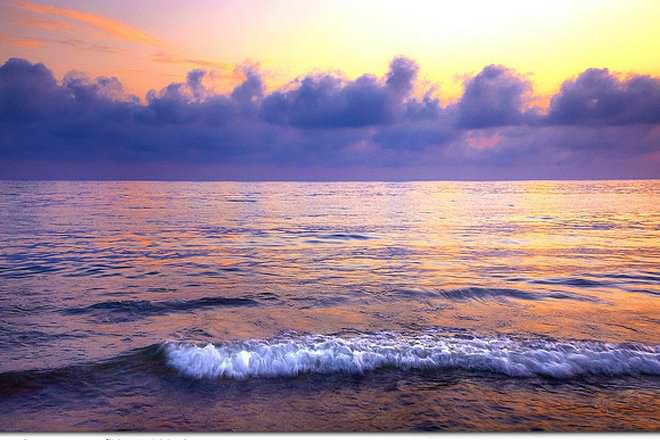 Oceans are vast bodies of water that cover roughly 70% of the earth. Seas are smaller and partially enclosed by land. The five oceans of the earth are in reality one large interconnected water body. In contrast, there are over 50 smaller seas scattered around the world. 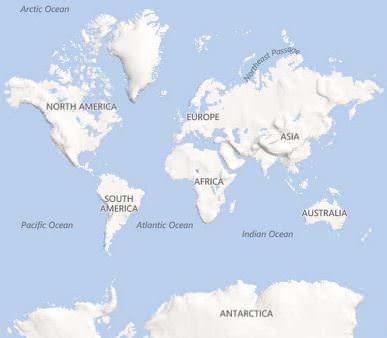 A map of the world, showing four of the five oceans. The Southern Ocean (not marked on the map) is around the Antarctic Circle.

Oceans and seas are home to rich and diverse marine life. The depth and distance from shore strongly influence the quantity and biodiversity of the plants and animals that live there. As seas are always near land marine life are abundant while oceans which are deeper and farther away from land have on few basic life forms like bacteria, microscopic plankton and shrimp.

Any water in a sea, ocean or lake that is not close to the bottom or near to the shore can be said to be in the pelagic zone. Areas in the pelagic zone are distinguished by their depth and the ecology of the zone. It is further divided into:

The bathypelagic, abyssopelagic, and hadopelagic zones have very similar characteristics. Because of this some marine biologists combine these three zones or at least combine the last two.

The Earth's climate is greatly affected by ocean currents which transfer cold or warm air to different coastal regions. To learn more about how the ocean affects the climate, watch the following video by NASA.