Avenge is a verb. To avenge is to punish a wrongdoing with the intent of seeing justice done. Revenge can be used as a noun or a verb. It is more personal, less concerned with justice and more about retaliation by inflicting harm.

Avenge and revenge both imply to inflict pain or harm in return for pain or harm inflicted on oneself or those persons or causes to which one feels loyalty. The two words were formerly interchangeable, but have been differentiated until they now convey widely diverse ideas. Avenge is now restricted to inflicting punishment as an act of retributive justice or as a vindication of propriety: to avenge a murder by bringing the criminal to trial. Revenge implies inflicting pain or harm to retaliate for real or fancied wrongs; a reflexive pronoun is often used with this verb: Iago wished to revenge himself upon Othello.

Her father avenged her death by working to have the man arrested, tried, and convicted, while her boyfriend took revenge by killing the man's wife. 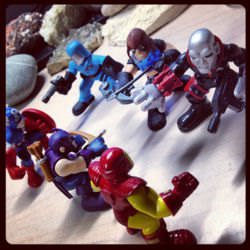