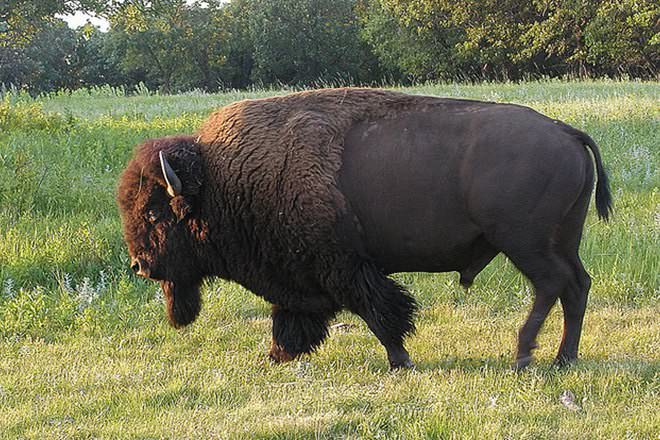 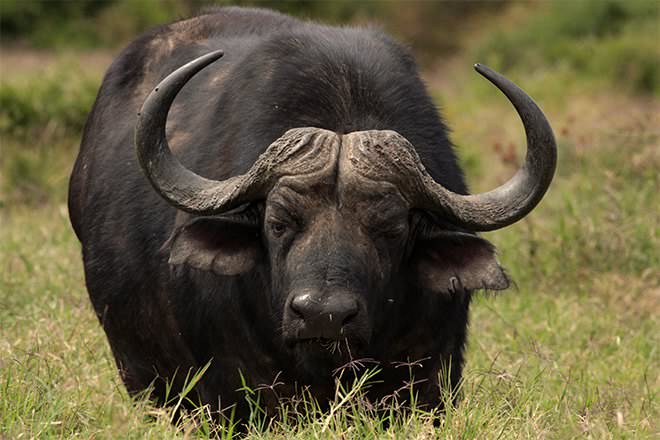 The animal that most Americans call a buffalo is actually a bison. Buffaloes are found in Africa and South Asia, while bison roam in North and South America. This comparison examines the differences between buffaloes and bison in terms of physical characteristics, habitats, lifespan, and temperament. 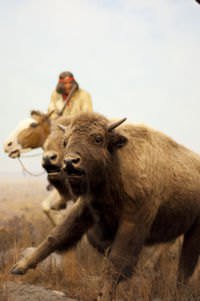 The bison hunt display at the entrance to the Museum of Man and Nature. 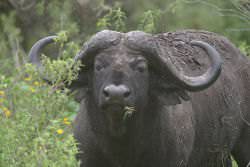 Bisons live in rugged conditions and hence live till their teenage years while domesticated buffaloes are known to live for 25-30 years.

Both Buffalo and Bison have similar diet - they thrive on grass. Both these animals drink gallons of water every day.

Buffaloes, except for one or two species are domesticated, while Bisons aren't domesticated. Buffalo milk is also used in Asia and Africa for consumption. Buffaloes are used as work animals extensively while bison are mostly wild in nature and aren't used for work. Both animals are also raised for their meat.

The video below discusses the life of bison at Yellowstone National Park.

And here is a video of wolves hunting American bison on snow in Wood Buffalo National Park, Alberta, Canada.

I found this to be one of the more formidable arguments for distinguishing the difference between a Bison and a Buffalo. Many argue (and even get upset) that Bison are not Buffalo based solely on their Genus; however, if that were the case, then I could argue that a Cape Buffalo (Genus - Syncerus) and a Water Buffalo (Genus - Bubalus) are not buffalo either.

The side-by-side comparison is great. I wish you had also included the African Cape Buffalo as well.

I would like to see some comparison on the American Buffalo (ext) and any differences between them and the African and Asian varieties.

I agree with the "Buffalo" name for the American animal of the bison scientific name.

I have stories from 1910 in which my ancestors referred to these animals as buffalo while homesteading on the plains of North Dakota.

Why is your classification hierarchy so confused. Kingdom, Phylum, Class, Order, Family, ...