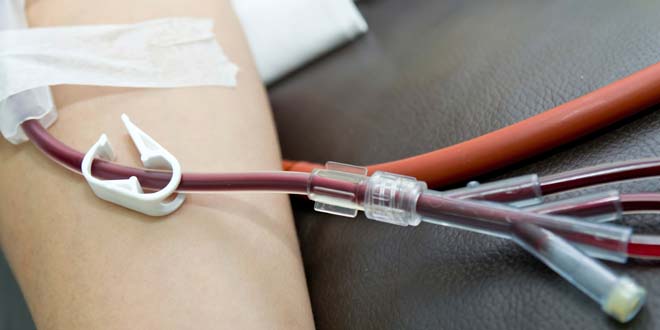 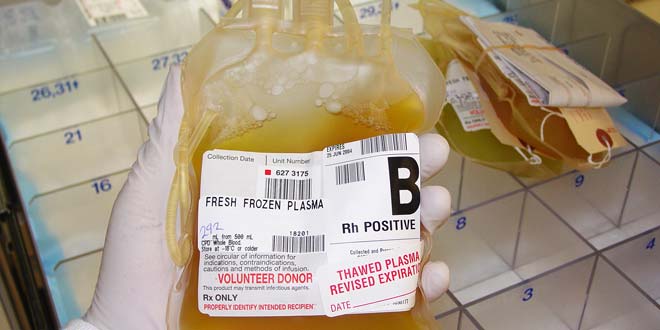 Blood is the main bodily fluid and responsible for transporting important nutrients, oxygen, carbon dioxide and waste products to and away from the cells. Plasma is the yellow liquid component of blood and constitutes 55% of the total blood volume. 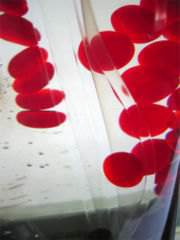 Composition of blood vs plasma

Blood is composed of plasma and different kinds of cells- red blood cells (erythrocytes), white blood cells (leukocytes), and thromobocytes (platelets). The density of blood (1060 kg/m3) is very close to that of pure water (1000 kg/m3).

Blood performs very important functions in the body. The main functions are listed below:

Plasma is the fluid component of blood and thus performs all the same functions. It specifically helps in:

Plasma shift can cause changes n the volume due to excessive drainage or addition of fluid. This change in volume may be caused by changes in fluid volume across capillary membranes. This shift can change the viscosity of blood, concentration of protein, concentration of red blood cells or changes in coagulation factors which may lead to clotting disorders.

Blood for transfusion can be stored in blood banks. Blood products such as platelets, blood plasma and coagulation factors can also be stored and administered intravenously.

Fresh frozen plasma can be store at -40C for up to 10 years. It contains all the coagulation factors and other proteins present in the blood, and can be used to treat coagulopathies (clotting and bleeding disorders) and liver diseases. Dried plasma was used during WWII, and provided for transfusions to soldiers in combat. This was replaced by serum albumin during the Korean War