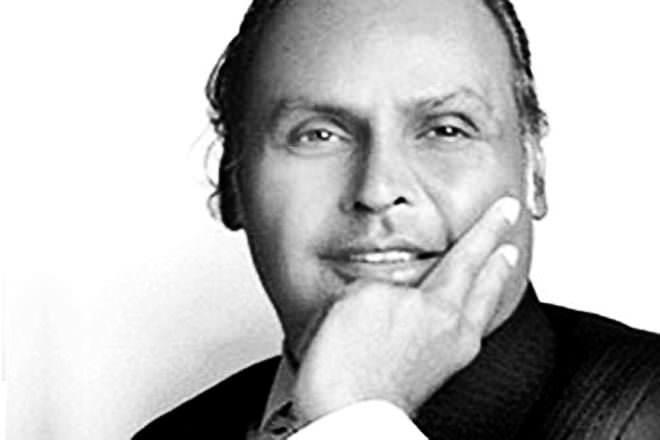 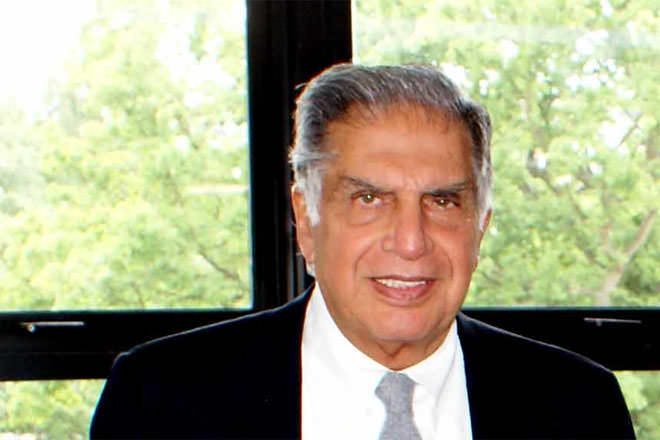 Dhirubhai Ambani and Ratan Tata are among the most prominent business 20th (and early 21st) century business tycoons in India. Interestingly, they were both born on December 28.

Dhirajlal Hirachand Ambani, popularly known as Dhirubhai was born December 28, 1932. He was an Indian rags-to-riches business tycoon who founded Reliance Industries in Mumbai with his cousin. Ambani took his company (Reliance) public in 1977, and by 2007 the combined fortune of the family was 60 billion dollars, making the Ambani's the second richest family in the world. Ambani died on July 6, 2002.

Ratan Naval Tata popularly known as Ratan Tata was born on December 28, 1937, is the present Chairman of Tata Sons and therefore, Tata Group, India's largest conglomerate founded by Jamsedji Tata and consolidated and expanded by later generations of his family. Ratan Tata is also best known for the face behind changing India's automotive industry into global climate change era. Most his holdings are in Tata Sons, the holding company of the group, began as inherited family shareholding. He was listed among the 25 most powerful people in business named by Fortune magazine in November 2007.

Dhirubhai Ambani moved to Aden, Yemen when he was 16 years old. He worked with A. Besse & Co. for a salary of Rs.300 (Present Day $6.49). Two years later, A. Besse & Co. became the distributors for Shell products, and Dhirubhai was promoted to manage the company's filling station at the port of Aden. He was married to Kokilaben and had 2 sons, Mukesh, Anil and two daughters, Nina Kothari, Deepti Salgaonkar. He also worked in Dubai for some time during his early years.

Ratan Tata’s childhood was troubled; with his parents separating in the mid-1940s when he was a seven year old. He completed his BSc degree in architecture with structural engineering from Cornell University in 1962, and the Advanced Management Program from Harvard Business School in 1975. He joined the Tata Group in December 1962, after turning down a job with IBM on the advice of JRD Tata. He was first sent to Jamshedpur to work at Tata Steel. He worked on the floor along with other blue-collar employees, shoveling limestone and handling the blast furnaces. He never married.

Dhirubhai Ambani founded Reliance Industries in 1958. After that it was a story of expansions and success.

He then diversified into chemicals, petrochemicals, plastics, power. The final phase of Reliance’s diversification occurred in the 1990s when the company turned aggressively towards petrochemicals and telecommunications.

Ratan Tata was instrumental in ushering in a wide array of reforms. It was under his stewardship that Tata Consultancy Services went public and Tata Motors was listed in the New York Stock Exchange.

Ratan Tata's dream was to manufacture a car costing less than 100,000 rupees. He realized his dream by launching the Tata Nano in New Delhi Auto Expo on January 10, 2008. Currently he is the chairman of major Tata companies such as Tata Steel, Tata Motors, Tata Power, Tata Consultancy Services, Tata Tea, Tata Chemicals, The Indian Hotels Company and Tata Teleservices.

Both tycoons had their share of controversies and allegations. Dhirubhai Ambani was accused of unethical business practices and manipulating government policies to suit his needs. In 1997, the Tatas were involved in the Tapes scandal related to Tata Tea in Assam. In 2008 Tata’s plant for Nano production (the 100,000 rupee or $2,500 car) in Singur, West Bengal, was obstructed by Mamta Banerjee (leader of the Trinamool Congress and Leader of the Opposition in the state of West Bengal) on the grounds of forcing people out of their land.[1] He moved it to project to Sanand near Ahmedabad, The Gujarat chief minister Narendra Modi granted him huge subsidy for building the facility, including free land.

More recently, in 2010 Tata was involved in the Radia tapes scandal and it was alleged that Tata Teleservices and Mukesh Ambani's Reliance Industries had both tried to unduly influence the political process via their lobbyist Nira Radia.

Dhirubhai did not win any Indian Government awards for civilians.

Ratan Tata has won several awards including the Indian Government civilian awards. He serves in senior capacities at various organizations in India and he is a member of the Prime Minister's Council on Trade and Industry.

Dhirubhai Ambani was admitted to the Breach Candy Hospital in Mumbai on June 24, 2002 after he suffered a major stroke. This was his second stroke, the first one had occurred in February 1986 and had kept his right hand paralyzed. He was in a state of coma for more than a week. He died on July 6, 2002, at around 11:50 P.M. (Indian Standard Time).

Ratan Tata is alive and retired from his active business. He was succeeded by Cyrus Mistry.

Thanks to both one dhirubhai ambani &amp; ratan Tata

He is the best citezen of india...

some thing special in birth date 28 Dec. because both are special for India.

Both are Icon not only for Indain however whole world with their work.

We are proud to say they are Indian

tata, the dignity they are carrying is incomparable with any one. dhirubhai ambani is a great guy a true champ but ratan tata is something more.

Ratan Tata should get Bharat Ratna