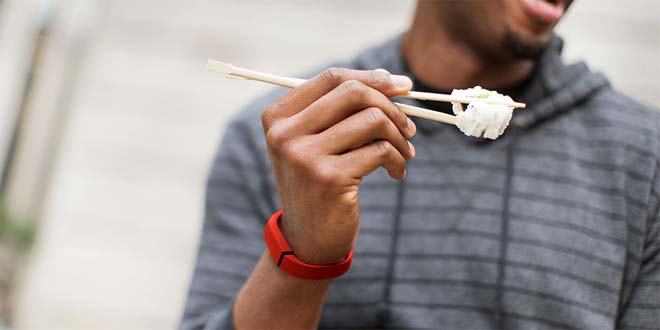 Fitbit and Jawbone devices monitor physical activity and related information, such as steps taken, calories burned, distance traveled, and hours spent sleeping. Accessible graphic reports are created based on this data, allowing users to see their progress over time and set realistic health goals. Some of the devices are meant to be worn 24 hours a day, and all the device apps offer a food diary to provide a more complete picture of a user's health.

Both companies' devices are step-based and make use of a sensitive accelerometer to determine movement. Fitbit and Jawbone devices temporarily store this information in memory until users sync their devices with their accounts; newer versions of both companies' devices support wireless syncing via Bluetooth. The synced data generates custom-tailored reports that take into account a user's age, weight, gender, and height.

Fitbit's two most popular and most advanced activity trackers are the Fitbit Flex and the Fitbit One, which are both priced at just under $100 USD. (There is also the Fitbit Force, which was briefly available in January of 2014 but was recalled in February after numerous reports that it irritated the skin. A replacement is currently in development.) There is also the Fitbit Zip, which is cheaper at just under $60 USD, but it is not designed for 24-hour / sleep tracking.

Jawbone offers the UP24 for just under $150 USD and the UP for just under $130 USD. The two devices are similar in appearance and and functionality, with the main differences being that the UP24 comes in fewer colors and has a shorter battery life, but syncs wirelessly via Bluetooth, while the UP must be connected via a cable. The UP24 is also only compatible with newer mobile devices, so if syncing via an older mobile device is desired, the UP may be a better choice.

Because Fitbit and Jawbone devices are step-based, and so are ideal for activities such as running and jogging or going on hikes. They are less ideal for tracking bicycling and other activities that aren’t step-based. However, the apps do allow users to enter custom workout information (e.g., a yoga session) and provide an estimate of calories burned.

Some have reported mistaken detections, such as the devices logging a step when a user presses down on a car's brake pedal.

The Fitbit Flex is larger than competing wristbands. With electronics more centralized in the band, it is somewhat less fragile than Jawbone's bands. It is water-resistant, but should not be submerged. The Fitbit One is also water-resistant, but due to how it is clipped onto clothing, many users have ruined devices by mistakenly putting them into a washing machine.

On Jawbone's UP24 and UP, sensitive electronics run the full length of the bands, making them appear slim and refined, while also making them more fragile than Fitbit devices. Both Jawbone devices are water-resistant but should not be submerged.

Both the Fitbit One and the Fitbit Flex use Bluetooth 4.0 for wireless syncing and constant connectivity with the online Fitbit app. They can sync with either a smartphone, tablet, PC, or Mac via an included wireless USB dongle.

The Jawbone UP24 uses Bluetooth 4.0 for wireless syncing and constant connectivity, while the Jawbone UP must be connected and synced via a cable. In contrast to Fitbit, Jawbone devices are designed to be used with mobile devices only and are not meant to sync via a PC or Mac through the web. This is one of the biggest differences between Fitbit and Jawbone devices.

Fitbit devices are compatible with both Bluetooth-enabled Android and iOS devices, as well as PCs and Macs (via an included wireless USB dongle). In July 2014, Fitbit also announced support for Windows phone.[1] The Fitbit Flex does not have a display but has multi-colored LED lights to indicate battery and activity status. The Fitbit One has an OLED display which can show various activity metrics; it is the only Fitbit device with an altimeter to measure stair climbing.

The Jawbone UP24 is compatible with Bluetooth-enabled Android and iOS mobile devices. The Jawbone UP is compatible with Apple mobile devices (iPhone 3GS, iPad 2, and later), and some Android devices. Compatibility is only limited by the headphone port, not software, as the UP syncs via a 3.5 mm headphone port. Jawbone devices do not have a display, but have multi-colored LED lights to indicate battery and activity status.

The Fitbit Flex has an adjustable wristband made out of an elastomer material, which functions like the back of a baseball cap. The device is noticeably larger than Jawbone wristbands. The Fitbit One, which is made out of silicone and metal, can clip onto clothing, a belt, pocket, or watch/wristband. Women have found that the device functions well when clipped to a bra strap.

Jawbone devices are non-adjustable wristbands made of hypoallergenic thermoplastic polyurethane rubber that come in three sizes: small, medium, and large. They are noticeably smaller and sleeker than the Fitbit Flex.