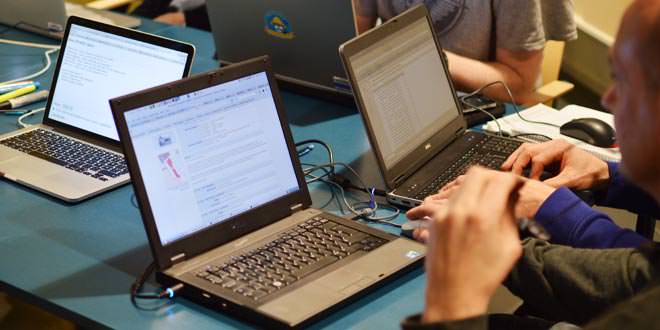 Laptops are intended to be mobile desktop computers and are built with powerful enough hardware to accommodate productivity on the go. Tablets are handheld devices that are mainly used for watching videos and browsing the internet. A significant difference lies in its use; laptops are generally used for content creation, while tablets are more for content consumption. 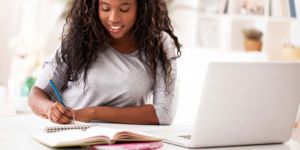 The lines have sometimes blurred between today's high-end and low-end laptop and tablet models, meaning you should thoroughly research a laptop or tablet prior to purchase to ensure it can meet your needs. From bulky budget machines made with cheap plastic; to high-end notebooks with sleek profiles, aluminium shells, and powerful processors; to laptops and tablets with retina display, there is a device for every kind of user.

In the mid to late 2000s, netbooks—lightweight, compact, low-powered laptops with a long battery life—became popular, ushering in the current era of greater mobility. Following in the netbook's footsteps, some of today's laptops, like Google's lightweight Chromebook, are only intended for internet browsing, reading, and video watching. Similarly, many tablets, including some laptop-tablet hybrids, some of which run on Windows RT, are mainly intended for entertainment and are not high-powered enough to accommodate work outside of basic document creation and editing. There are even phablets, large smartphones that may or may not be as powerful as tablets, depending on the model.

Notebooks (standard, lightweight laptops), ultrabooks (sleek, high-powered laptops that drop the optical drive and use solid state hard drives), and slate tablets, which aim to directly compete with laptops, are high-powered enough for more serious work, like detailed photo or video editing. With careful consideration of laptop specifications, you can even purchase a PC gaming laptop capable of playing the latest, graphic-intensive games.

With the exception of laptops with large (>16 inch) screens, both laptops and tablets are small enough to carry around in small backpacks or bags.

The primary strength of tablets—in fact, the main reason for their existence—is portability and convenience. When Apple first released the iPad, many were skeptical about whether people would find it useful, but the public quickly displayed a massive appetite for the mobility and ease of use that tablets offer.

There is some overlap in terms of device size. There are large tablets, and there are small laptops. As such, size and subsequent portability are not the only factors you should consider when deciding between a laptop and tablet.

Because of their hardware, laptops can perform more difficult tasks than tablets can. A laptop’s typically larger size also allows for a bigger screen, a more powerful processor, and more storage space, meaning laptops are better for graphic-intensive applications, such as gaming or processing photos and videos. High-end laptops are becoming more compact while remaining powerful, and are therefore coming closer to bridging the gap between the portability of tablets and the processing power of desktop machines.

As they are handheld devices, tablets work well as e-readers. Another major benefit is the inclusion of front- and rear-facing cameras on most tablets, which allows tablets to function as digital cameras and can be useful for making video calls.

Where tablets really shine over laptops is when it comes to battery life: they can be used for seven to 12 hours straight, on average. One of the reasons tablets have this better, longer battery life is because they don't perform difficult tasks that require lots of power.

If you want the ability to edit high quality photos, video, or audio, a powerful laptop is capable of handling these applications (e.g., Adobe Photoshop). With their built-in keyboards and touchpad, laptops are much more suited to productivity than tablets. Creating documents, from word-processing to making spreadsheets or slideshows, is much easier on a laptop than a tablet. Laptops also have more USB ports and other input/output options for external displays, hard drives, and mice.

For many, the built-in keyboard of a laptop is superior to the touchscreens, external keyboards, and pen styluses of tablets. However, others find the touchscreen of a tablet more accessible and intuitive. If you are concerned about productivity, a laptop is more likely to meet your needs, but, depending on your work and personal preferences, you should not necessarily rule out a tablet.

Laptops are not as mobile as tablets, as they generally require a surface on which to work from. They are not handheld devices, and while laptops can certainly do everything that tablets can in terms of browsing and creating content, they cannot be used everywhere with ease.

Laptops have shorter battery lives, limiting their mobility, and are less suited to travel than tablets (although ultrabooks are increasingly small and lightweight). Their operating systems are more open and complicated, and therefore more vulnerable to malware and glitches in general.

Tablets lack a built-in keyboard or touchpad, so all input is usually accomplished through the touchscreen. Various external keyboards and other accessories are available, but these can diminish the main benefits of a tablet: mobility and convenience; moreover, external keyboards, which tend to be small, are generally not comfortable for long periods of use. Tablets also have smaller screens, and so are less immersive for viewing movies and playing games. Their less powerful processors are not suited to intensive photo or video editing. Tablets tend to have fewer available ports for plugging in external hard drives or connecting to an external monitor.

Many tablets are essentially large smartphones in terms of their hardware. They have less internal storage space (generally, 16-64GB) and less RAM (<1GB, compared to most modern laptops' >4GB).

While there are numerous apps for most tablet operating systems, their scope is limited due to hardware constraints. Most apps are usable, but simplistic. This is in direct and extreme contrast to software made for laptops and desktops, which can usually be as simple or as powerful as need be.

Although netbooks can still be found for around $200, they are less likely to fit the needs of either a laptop user or a tablet user. A more practical laptop starts around $400 for a capable budget machine, and laptops in the mid range of $700 to $800 are generally powerful enough for most users, although Apple devices, like the MacBook, will cost more than this. Power users looking to perform intensive work with media files or play games will usually be looking at the $1000 range and above, with some top-of-the-line laptops priced at $3,000 or more.

Another recent option is a Chromebook, which starts at around $200. All software on the Chromebook is web-based using Google’s apps. As such, third-party software cannot be installed directly on these machines, so they are very limited, but do offer a serious budget option if basic productivity and web surfing is all you need.

A good budget tablet can be found for $200. Budget tablets tend to be fairly small, run on a Windows or Android operating system, and do not have a large amount of internal storage—usually less than 16GB. $350 to $500 will lead to mid-range devices with larger screens and better all around performance. Apple products are also available in this price range. $900 will buy a large slate tablet, a high-powered tablet which aims to replace a laptop, that can run a full version of the Windows operating system. Phablet prices vary with phone contract offers, but can generally be purchased with a contract for $200 to $300.

Choosing Between a Laptop and Tablet

When deciding between a laptop or a tablet, keep in mind that laptops are generally for content creation, while tablets are more for content consumption. The work of creating videos, managing photos, building a website, writing a book, and so on is much more easily accomplished on a laptop. Though tablets occasionally replace traditional paper and clipboard, they are generally less conducive to intensive work, even with a pen stylus or external keyboard. If you want need or want to create content, a laptop is almost certainly required.

Tablets are made to be quick and easy devices for content consumption: watching videos and movies, browsing the internet, reading the news, reading a book, listening to music, playing mobile games, etc. If you want a device that is easy to use casually or while on the go—while traveling or while lying on the couch—a tablet is the way to go. Similarly, tablets are also easier for small children and the elderly to become familiar with, as touchscreen interfaces are generally more intuitive.

A business traveler is probably most suited for the power and portability of an laptop, while a casual traveler might be better served by the lightweight applications of a tablet.

The following video further discusses how to choose between a laptop and a tablet: