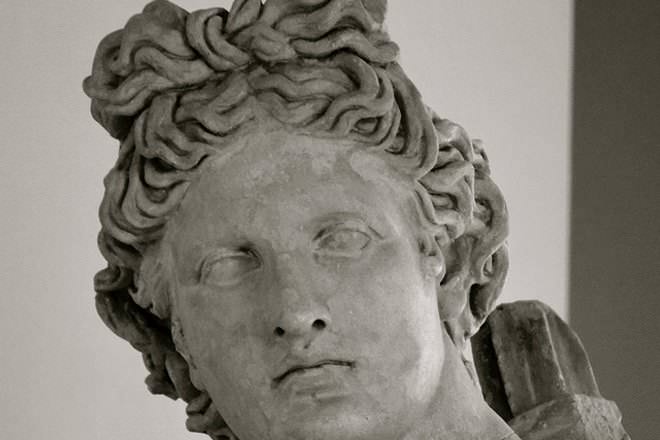 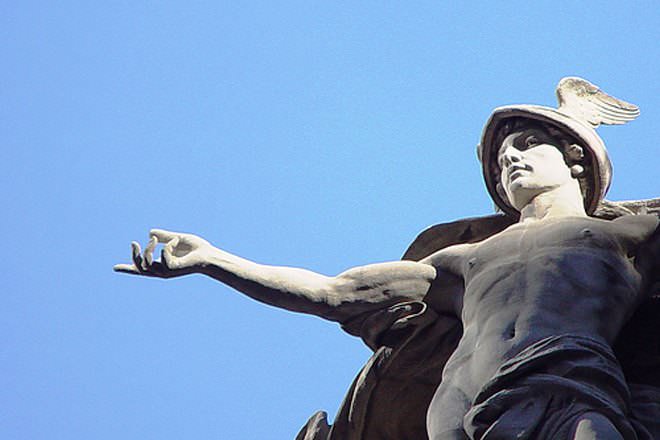 Although Greek Gods are arguably better known, Greek and Roman mythology often have the same Gods with different names because many Roman Gods are borrowed from Greek mythology, often with different traits. For example, Cupid is the Roman god of love and Eros is the Greek god of love. Ares is the unpopular and feared Greek god of war and his Roman counterpart is Mars who is the revered martial fertility god. 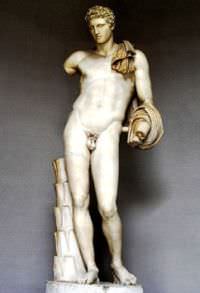 The Greek God Hermes (Mercury to the Romans)

According to one myth, Aeneas, a Trojan hero who survived the Greek invasion and conquest of Troy, eventually founded Rome. Aeneid author Virgil insinuates that Rome's eventual conquest over Greece therefore avenged Troy, in a way. Greek mythology may have originated from the Egyptians, who lived before the Greeks and also believed in a pantheon of gods. Many Roman gods are borrowed from Greek gods but have different names and often different traits.

Greek gods are given a beautiful, perfect physical appearance while Roman gods are not given physical form and represented only in the imagination of the people. Greek gods are mainly based on human personality traits likes love, hate, honor and dignity, and myths related to them are shaped by these traits. Roman gods are based on objects or actions rather than personality traits. The actions of gods and mortals in Greek myths are more individualistic, the deeds of an individual are more influential than that of the group. Roman mythology is much less individualistic.

Greek Gods and their Roman Counterparts

The following video provides a good overview of some of the Greco-Roman gods. The second part of the video is available on YouTube here.

In Greek mythology, the afterlife does not hold much importance. In fact, gods and mortals are regularly snatched from the afterlife and brought in to the present showing no concern for the afterlife. The Greek perspective is much more concerned with the physical life on earth as opposed to the afterlife. Mortals are remembered and rewarded for their good deeds on earth.

In contradiction, the Romans did good deeds to secure their place in Heaven. They could even earn a place among the gods and through their life on earth strove towards this goal.

Deities were important for the progression of life in Greek mythology, but mortals were just as important, since it was their contribution in society that mattered in the end.

In Roman mythology the heroic deeds of gods were more important as the actions of mortals as man's life did not matter once good status in the afterlife had been achieved.

Hades is the best

The Greek Gods been around way before the Roman Gods.

Also, Pan is the god of the wild

Athena is the goddess of strategy in war and wisdom but Minerva is only wisdom.