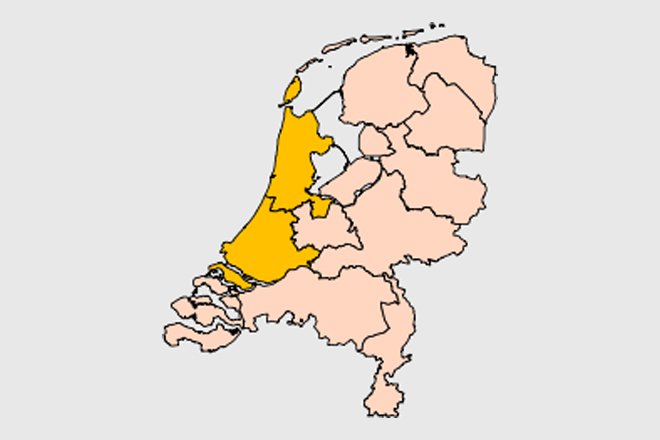 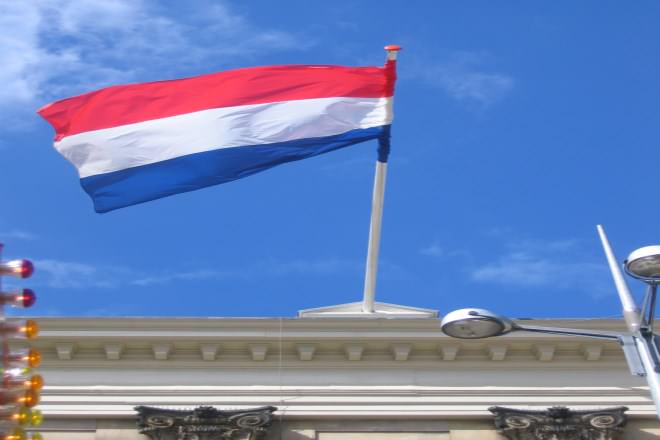 Although some people use Holland when they are referring to the country of the Netherlands, Holland is actually a region on the west coast of Netherlands. Two of Netherlands' 12 provinces are North Holland and South Holland - and together they constitute Holland. The biggest cities in the Netherlands - Amsterdam, Rotterdam and The Hague - are in Holland. Some Dutch people who do not live in Holland do not like it when people call the entire country Holland. 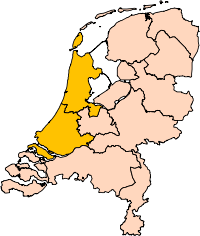 A map of the provinces of the Netherlands, with North and South Holland highlighted.

North Holland is a broad peninsula between the North Sea and the IJsselmeer. More than half of the province consists of reclaimed polder land situated below sea level. The main cities in Holland are Amsterdam, Rotterdam and The Hague. Amsterdam is formally the capital of the Netherlands and its most important city. The Port of Rotterdam is Europe's largest and most important harbour and port. The Hague is the seat of government of the Netherlands. These cities, combined with Utrecht and other smaller municipalities, effectively form a single city - a conurbation called Randstad.

The main rivers in Holland are Rhine and its distributaries- Waal and Meuse. Rhine, the longest river in Europe enters Holland from the eastern regions of The Netherlands. In Holland, the river meets the North Sea. Holland does not have any mountain ranges. Holland's land-cover measure 5,488 square kilometers which roughly covers 13% of the entire area of Netherlands.

From the 9th century to the 16th century, Holland was a county of the Holy Roman Empire, ruled by the counts of Holland. From the 16th century to 1795, Holland was the wealthiest and most important province in the United Provinces in the Dutch republic. The province of North Holland as it is today has its origins in the period of French rule from 1795 to 1813. The two provinces North Holland (Noord-Holland) and South Holland (Zuid-Holland) were created in 1840. After the Haarlemmermeer was drained in 1855 and turned into arable land, it was made part of North Holland. In exchange, South Holland received the greater part of the municipality of Leimuden in 1864. In 1942, the islands Vlieland and Terschelling went back to the province of Friesland. In 1950, the former island Urk was ceded to the province of Overijssel.

Other parts of the Netherlands have some regional languages and dialects of their own. For example, Frisian is a co-official language in the province of Friesland and is spoken by 453,000 speakers. Another Dutch dialect granted the status of regional language is Limburgish, which is spoken in the south-eastern province of Limburg. Several dialects of Dutch Low Saxon (Nederlands Nedersaksisch in Dutch) are spoken in much of the north-east of the country and are recognised by the Netherlands as regional languages according to the European Charter for Regional or Minority Languages. Low Saxon is spoken by 1,798,000 speakers.

The Netherlands has a prosperous and open economy. Industrial activity is predominantly in food-processing, financial services, chemicals and petroleum refining. The Netherlands has the 16th largest economy in the world, and ranks 7th in per capita GDP.

The provinces of Holland contribute to a large extent to the economy of the Netherlands. Rotterdam has the largest port in Europe. The harbour functions as an important transit point for bulk materials and between the European continent and overseas. A highly mechanised agricultural sector employs 4% of the labour force but provides large surpluses for the food-processing industry and for exports. Amsterdam is the financial and business capital of the Netherlands. The Amsterdam Stock Exchange (AEX), part of Euronext, is the world's oldest stock exchange and is one of Europe's largest bourses.

I meant *names there, not namens, but you could probably guess. Autocorrect changed it.

I'd just like to add: even though I'm from the province North-Holland, I still don't like it when they call the country 'Holland'. It's incorrect and I hate the sound of it. Also no one refers to North and South-Holland as 'Holland' here. They are two different, separate regions and are only referred to by their separate namens:.North-Holland and South-Holland. 'Holland' does not exist. It just seems to be an annoying nickname for The Netherlands, and unfortunately a part of the Dutch people sometimes uses it too.