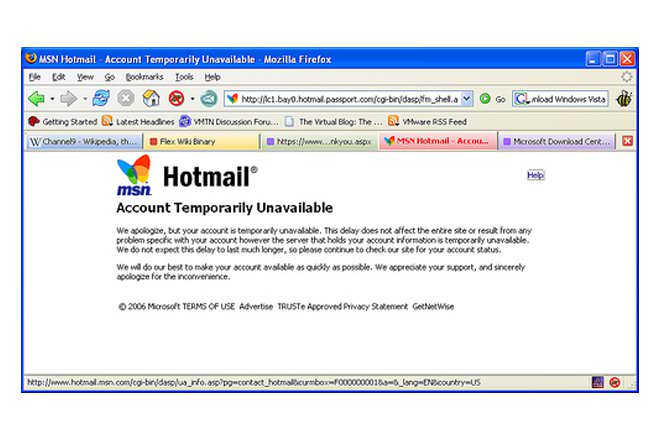 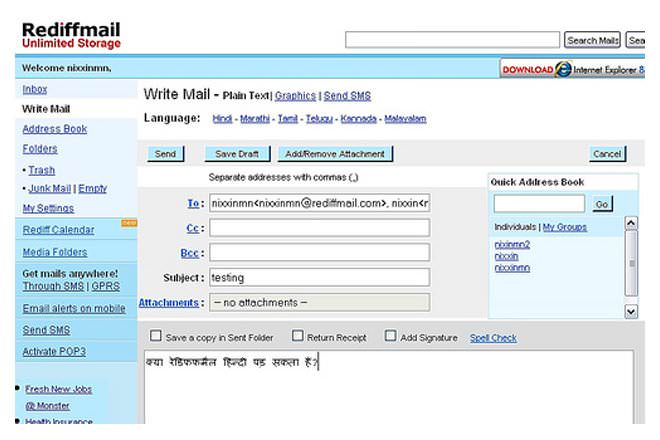 Windows Live Hotmail, formerly known as Hotmail is a free and one of the most popular internet-based E-mail service provided by MSN (Microsoft), that allows users up to 5GB of storage space. It was founded by Jack Smith and Sabeer Bhatia and was launched in 1996. Later it was acquired by microsft in 1997.It is accessible anywhere in the world from a Web browser or via Outlook or Outlook Express.The current version was officially released on May 7, 2007, and roll-out to all existing users was completed in October 2007.

Rediffmail is also a web based e-mail service. It offers unlimited free storage space [1]. Rediff recently launched an AJAX based mail interface, similar to Yahoo that gives the web-based service a more desktop software like feel[2]. Rediff Mail also allows users to send and receive mails in many Indian languages.