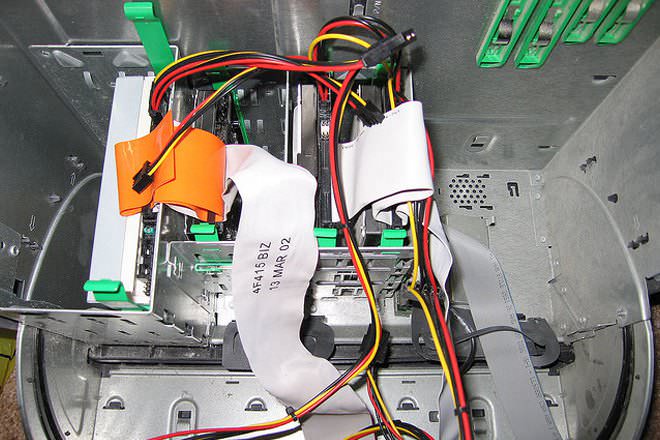 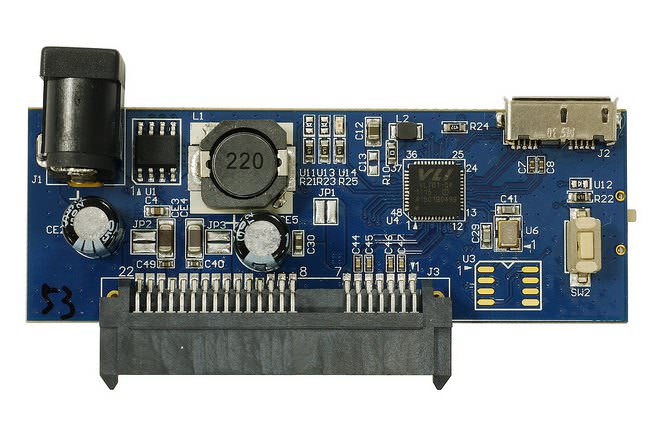 IDE and SATA are different types of interfaces to connect storage devices (like hard drives) to a computer's system bus. SATA stands for Serial Advanced Technology Attachment (or Serial ATA) and IDE is also called Parallel ATA or PATA. SATA is the newer standard and SATA drives are faster than PATA (IDE) drives. For many years ATA provided the most common and the least expensive interface for this application. But by the beginning of 2007, SATA had largely replaced IDE in all new systems.

The ATA interface (ATA stands for AT attachment where "AT" refers to IBM's PC/AT for which it was originally built) evolved in stages from Western Digital's original Integrated Drive Electronics (IDE) interface. After the introduction of Serial ATA in 2003, the original ATA was retroactively renamed Parallel ATA.

Differences in Cables and Connectors 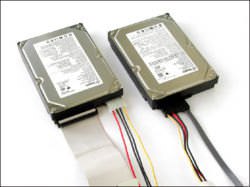 SATA consists of an 8 mm wide wafer connector on each end and the cable has a 7-pin connector, 3 grounds and 4 active data lines in two pairs. It has the facility to attach only one drive and so Serial ATA does away with Master/Slave configurations.

This video explains how to change the hard drive on a desktop computer; it also shows the differences between SATA and IDE connector cables.

You can buy integrated motherboards that allow a computer to use both SATA and IDE hard drives. However, only one of the two may be used at any given time and both cannot be used simultaneously. Adapters are also available that allow an IDE drive to be used with a SATA motherboard and vice versa. These IDE/SATA adapters mask the underlying hard drive and simulate its functioning to match the expectations of the computer's motherboard. They usually cost less than $15.

Two variant of SATA - eSATA and eSATAp - are available. eSATA is meant for external connectivity. eSATA cannot supply power from the motherboard to the hard drive. In order to overcome this limitation, eSATAp drives were introduced. eSATAp port combines the strength of both eSATA (high speed) and USB (compatibility) into a single port.

SATA drives have an additional feature of Hot plugging which mean that even as the computer is running drives can be removed or added.

but nearly all current disk drives do not use the 3.3 V line.

SATA has also done away with the master/slave configuration (technically, device 0 and device 1) used in IDE drives. With PATA (IDE), attaching two hard disks to the same channel required one to be set to be the master, the other the slave. For hardware, this usually meant setting the right jumper settings.

But the SATA bus is a serial point-to-point bus, which means only one device can be connected on each channel. Many SATA drives can connect to the motherboard via multiple ports, and the drive to boot from is specified in the BIOS settings.

very good information and in a simple language.