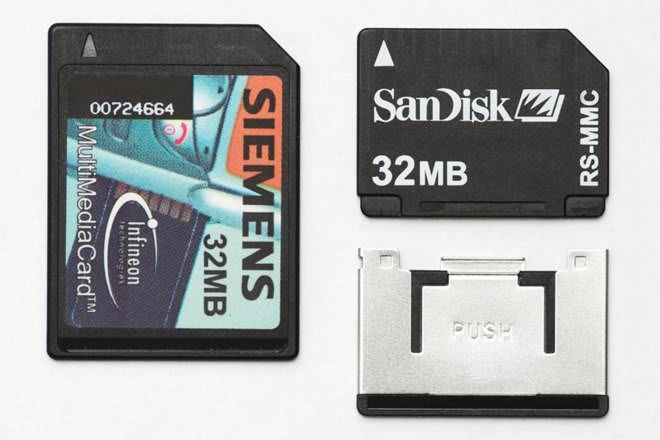 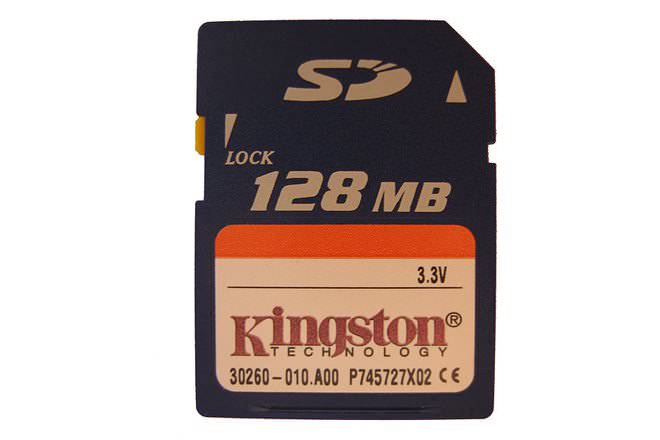 MultiMediaCard (MMC) is a flash memory card standard. Typically, an MMC is used as storage media for a portable device, in a form that can easily be removed for access by a PC. Secure Digital (SD) is a flash (non-volatile) memory card format and is used for storage. MMC and SD cards differ in their physical size, capacity and their usage. Both come in different memory sizes as well. While MMCs can be used in a standard SD card slot, the latter cannot be used in a MMC slot.

In 1997, Siemens AG and SanDisk developed the MMC card using Toshiba's NAND-based flash memory. As it uses NAND based flash memory, it is much smaller in size than the Intel NOR-based memory; such as CompactFlash. Originally it used a 1-bit serial interface, but with the new architecture, now it can transfer 4 or 8 bits at a time.

After the release of MMC cards most of the portable music players started using MMC cards as primary storage. But the music industry was skeptical about the use of MMC, as MMCs would allow easy piracy of music. So, Toshiba added encryption hardware in existing MMC and named it Secured Digital or SD card. This allowed Digital Rights Management(DRM) for the music. Matsushita, SanDisk, and Toshiba jointly developed, next generation secure memory card called the SD Memory Card. SD cards provide both an SDMI-compliant (Secure Digital Music Initiative) high-level of copyright protection and high-density memory capacity. Today, in many areas, MMC are being replaced by SD cards. The only reason why some devices continue using MMCs are because of their comparative lower cost than SD cards.

Because of the size similarity, MMC cards can be also used in the standard SD card slot, but the reverse is not true.

Amongst digital cameras, companies that use SD cards include Canon, Epson, Casio, HP while Epson and some models of Nikon and Sony cameras use a MMC card and compact flash memory depending on the model. In Mobile phones, Nokia uses both MMCs and SD cards which vary according to the model. Samsung and Motorola phones use SD cards. Amongst gaming consoles, Nintendo Wii and Sony Playstation 3 use SD cards while Xbox 360 uses a memory unit.

Apart from the standard MMC there are other versions available also. They are Reduced-Size MultiMediaCard (RS-MMC), dual voltage MMC card (DV-MMC), MMC plus, MMC mobile, MMC micro and MMC secure.

DV-MMC cards can operate at 1.8 V and the standard 3.3 V. Working at lower voltages reduces the card's power consumption, and thus used in mobile devices. In 2005, version 4.x of the MMC standard launched, to compete with SD card. This version is known as MMCplus (with the full size) and MMCmobile (with reduce size). These cards run at a higher clock speed (26MHz, 52MHz) than the original MMC (20MHz) or SD (25MHz, 50MHz) and it also has 4 or 8 bit wide data buses. Though these cards are fully compatible with MMC standard, but to use it, one needs to update the software.

MMC micro is a micro-size version of MMC and it has a dimension of 14 mm × 12 mm × 1.1 mm, it is smaller and thinner than RS-MMC. It also supports dual voltage, and backward compatible with MMC, and also can be used in full-size MMC and SD slots with a mechanical adapter.

SD cards are normally available in two more versions. They are miniSD and microSD. MicroSD is the smallest memory card available commercially. The size is 15mm × 11mm × 0.7mm. It is about 25% of the size of an SD card. With the help of adapters it can be used in those devices which are meant for SD, miniSD, or Memory Stick Duo cards; but they are not universally compatible.

MiniSD card was launched in 2003 and has ultra-small form factor extension to the SD card standard. These cards were designed especially for mobile phones; and packaged with a miniSD adapter through which it can also be used in devices that equipped with a standard SD Memory Card slot.
SDHC (Secure Digital High Capacity, SD 2.0), an extension of SD card, allows larger capacity, more than 2 GB. It uses the FAT32 file system which supports partition sizes greater than 2 GB. SDHC card has 3 different classes depending on their speed. Class 2 has speed of 2 MB/s, class 4 has 4MB/s, and class 6 has 6 MB /s. SDIO is another standard for SD card, which stands for Secured Digital Input and Output.