PlayStation 4 vs. Wii U 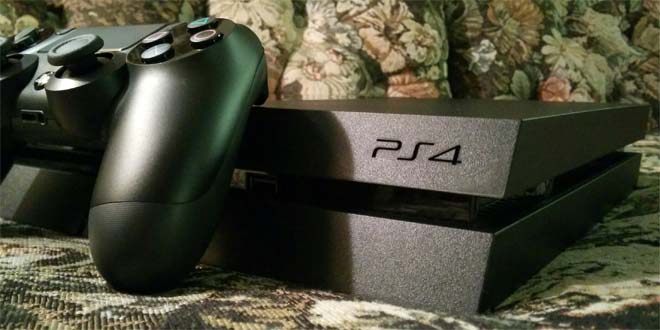 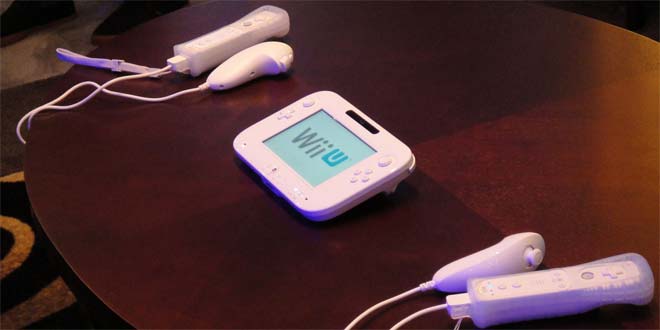 Launched a full year earlier than PlayStation 4, the Wii U was the first “8th generation” video game console to hit the market. The Wii U and the PS4 differ in a variety of ways, most notably in price, internal hardware, number of games available, and the style of its controller. Another significant difference is that unlike PS4, the Wii U console is compatible with older games offered by its predecessor, the Wii.

Nintendo released two versions of the Wii U console in 2012 for $299 and $349, key differences between the two being storage size and an included game. The PS4 comes in just one version costing $399, features more powerful graphics capability, more than 10 times the storage space, and the capability to play DVDs and Blu-Ray discs.

Similarities between the systems include HDMI outputs, the ability to access the Internet, motion-sensing cameras, both have Bluetooth capability, and WiFi and Ethernet connectivity.

Each $399 PS4 console comes with 500 GB of storage, DualShock 4 controllers, and the game Playroom – however, Playroom only works with the PlayStation Eye motion-sensing camera, which is sold separately. 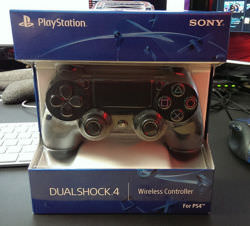 There are two different versions of the Wii U, which vary in price and accessories. For $299, the basic Wii U comes with a console, 8 GB of storage, a Wii U gamepad, and an HDMI cable. The $349 deluxe version includes a console, 32 GB of storage, a sensor bar, the game Nintendo Land, and stands for the console and controller. 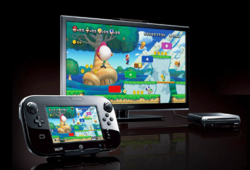 The PS4 is only available in black; the basic Wii U console comes in white, and the deluxe version comes in black.

One obvious difference between Wii U and PS4 is the hardware. The PS4 sports a quicker computer processor and a more robust graphics card. PS4 has more available RAM, which means the computer can perform more functions simultaneously. The PS4 also has a stronger graphics card, allowing for more detail and variation in images.

If users were to do a side-by-side comparison of PS4 versus Wii U using the same game, there would be perceptible differences in video game graphics, according to tests done by popular gaming websites.

Conversely, Nintendo Wii U does have backwards compatibility, and users can play older Wii games.

This video shows a quick side-by-side comparison of the graphics, games and consoles:

Much of the gaming power of the Wii U lies in its controllers, which sets it apart from the PS4 DualShock controllers.

Gamers control the Wii U with the GamePad, which, in addition to standard game controller buttons, features a built-in 6-inch touchscreen, a microphone, camera, and sensor strip. Gamers can use all of these features to interact with the on-screen display. The GamePad also has near-field technology, which can establish radio frequency communication with other devices when in close proximity. According to Nintendo, the Wii U controller can accept credit card information simply by laying a card on the GamePad.

The Gamepad offers a “second screen” experience in the palm of your hand, as it can display the game you are playing – in full color – the same way it’s shown on screen. The GamePad also comes with a stylus, which allows for precise gameplay control using the touchscreen.

The PS4 DualShock features a special button that players can use to record gameplay clips. Similar to the Wii U controller, it features a touchpad for operating on-screen menu, but that touchpad does not show gameplay. The controllers also have built-in mono speakers and headphone jacks, a rechargeable lithium-ion battery, and a stereo camera interface that senses players’ surroundings.

Both controllers use wireless technology and operate on rechargeable lithium-ion batteries.

The Wii U includes a sensor bar that allows users to interact with games using body movements. Wii U also has an additional controller called the Wii Remote, which includes a gyroscope that senses body movements, allowing users to mimic the movements of a tennis racquet or sword, for example.

The PS4 Eye is Sony’s motion capture camera, which allows players to interact with games like PlayStation Playroom. But the Eye is sold separately for $59.99.

Both Wii U and PS4 offer free access to applications like Netflix, Amazon Prime, and Hulu Plus. However, users may need to pay a separate subscription rate for each of those services. Each console also offers users free access to the Internet with a web browser.

Both Wii U and PS4 online game play, but only PS4 requires users to subscribe to the PS+, which costs $49.99 per year.

Given its launch date approximately one year before PS4, Wii U has many more games available so far at just over 200. PS4 has approximately 100 as of November 2013. However, new games are planned for each system subsequently.

Both Sony and Nintendo operate web stores accessible with the gaming console where users can download a selection of games.

You can shop for consoles, games, hardware and all accessories for PS 4 and Wii on Amazon's one-stop stores:

Comments: PlayStation 4 vs Wii U