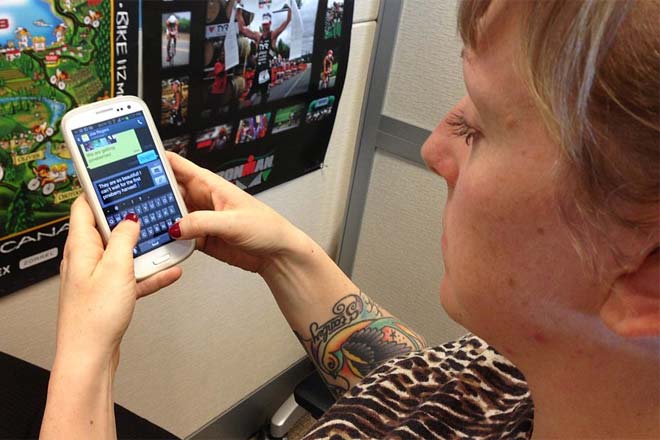 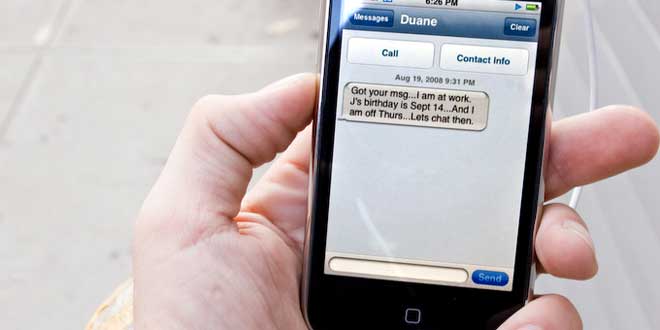 SMS (Short Message Service) and MMS (Multimedia Messaging Service) are both used in mobile phones for non-voice communications. Some landline phones also have SMS capability. While both SMS and MMS stand for the service, the abbreviations are often used in common parlance to mean the actual message itself that is sent using the service.

MMS is the abbreviation for Multimedia Messaging Service and is a standard way to send messages that include multimedia content to and from mobile phones.

The SMS concept was developed in the Franco-German GSM cooperation in 1984 by Friedhelm Hillebrand and Bernard Ghillebaert and Oculy Silaban. The first SMS message was sent over the Vodafone GSM network in the United Kingdom on 3 December 1992. In 2008, 4.1 trillion SMS text messages were sent. SMS has become a massive commercial industry, worth over 81 billion dollars globally as of 2006.

The immediate predecessor to the MMS was the Japanese picture messaging system Sha-Mail introduced by J-Phone in 2001. Early MMS deployments were plagued by technical issues and frequent consumer disappointments but China was one of the early markets to make MMS a major commercial success. In Europe, the most advanced MMS market in 2008 was in Norway, where most Norwegian mobile users sent an average of one MMS per week.

Short texts are sent to the Short Message Service Center (SMSC) which provides a store and forward mechanism. The message is either sent or queued for retry if the first attempt fails. Some centers also accommodate a ‘forward and forget’ option where the message is sent once and then discarded. This service can be availed of, by users who send a message from a cell phone or receive a text message on it. Customers can always request for delivery reports to confirm if their messages have been received by the other party.

Problems and Pitfalls of SMS vs MMS

Challenges associated with sending an SMS include spoofing and spamming. Spoofing is a process by which a fraudster impersonates a user by manipulating the address information and sends messages to the home network. Consumers may give away their personal information and become a victim of such spoofing attacks.

SMS spamming, on the other hand, is a process by which a user is sent promotional messages regarding various products very often, even if he hasn’t subscribed to that service.

Sending and receiving an MMS can pose a problem if the handset is not capable of receiving multimedia messages or if the configuration is not set correctly.

Sending text messages does not pose problems for wireless carriers because the technology has been perfected over the years. However, under extreme circumstances, service providers find their networks to be jammed. This hinders the free flow of messages from senders to receivers.

Content adaptation is one of the biggest problems that wireless carriers have to face with MMS messages. This includes changing the format of the MMS in order for the recipient to read it correctly. Distribution lists also pose certain problems where bulk MMS sending facilities cannot be replicated as they are with SMS.

A standard SMS is usually 160 characters in length and can be sent from any regular mobile phone. A standard MMS does not have a specific character limit. One can, however, send music, animation and other interactive media with a MMS from a specially designed cellular handset that is capable of receiving and sending multimedia messages.