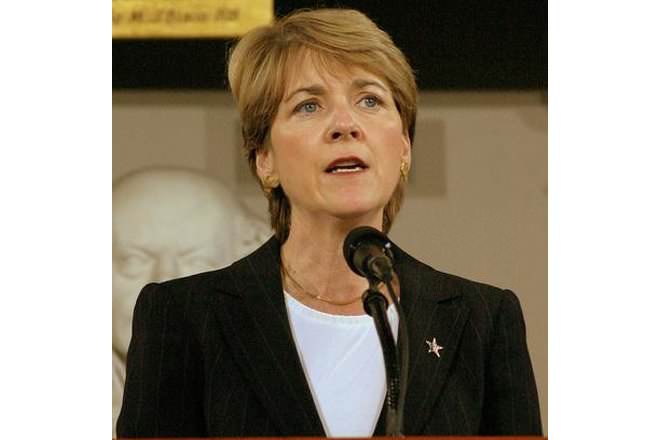 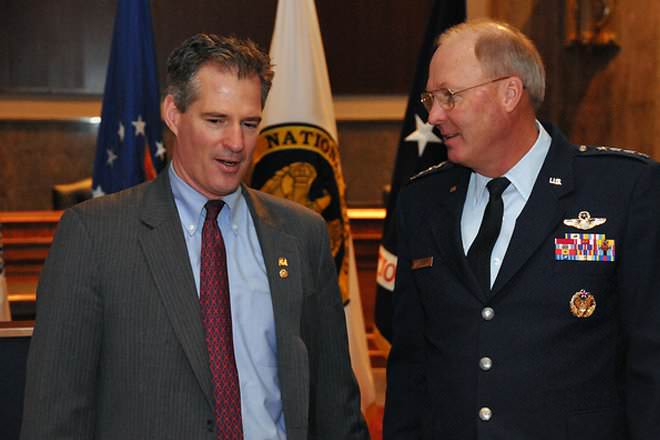 Martha Coakley (Democrat) and Scott Brown (Republican) were candidates for the Massachusetts senate race to fill the U.S. Senate seat vacated by the death of Ted Kennedy in the upcoming 2010 U.S. Senate special election. Brown defeated Coakley 52% to 47% in the election for an unanticipated victory.

While initially trailing Attorney General Martha Coakley in polling by large numbers, Brown closed the gap in January 2010, leading or running even with Coakley in recent independent and internal polling.

The election was crucial for the Democratic party's efforts to pass healthcare reform bills because they had 60 votes in the senate - enough to prevent a Republican filibuster. However, with the election of Scott Brown to the senate, Democrats no longer have a filibuster-proof majority in the senate.

Brown supported the 2006 landmark health care reform in Massachusetts, which requires all residents to purchase health insurance. He opposes the bills approved in late 2009 by the Democratic-lead House and Senate as fiscally unsound. Brown has also pledged to be the 41st vote against the current health care reform bill in the Senate.

Coakley has positioned herself as a liberal, supporting several key initiatives of President Obama's, including healthcare reform.

Scott Brown considers himself a fiscal conservative and Washington, D.C. outsider. Brown has called for fiscal restraint and smaller government, claiming that he has never voted for a tax increase. Brown opposes a proposed tax on big banks that is designed to regain billions of taxpayer dollars in TARP funds and to curb bank executive compensation practices.

Brown has stated that he personally believes that marriage is between a man and a woman. However, he has also referred to the currently legalized same-sex marriage in Massachusetts as a settled issue, which he does not wish to change. Earlier in his career, he favored a amendment to the state constitution barring same-sex marriage but allowing the provision for civil unions. He opposes ending the Defense of Marriage Act, and generally favors leaving the issue to the states to decide.

Coakley supports the protection of abortion rights. Brown supports Roe v. Wade, calling it "the law of the land", and the right to legalized abortion. He endorses restricting or banning intact dilation and extraction, known by its opponents as partial-birth abortion, and creating parental consent laws for minors who seek an abortion. He opposes the idea of a litmus test on abortion-related issues in Supreme Court confirmations. He also opposes federal funding for elective abortions in accordance with the Hyde Amendment. The Boston Globe has described his positions on abortion as "nuanced".

In the special election campaign in 2010, controversy erupted over an amendment Brown had sponsored in 2005, which, according to The Boston Globe, "would have allowed a doctor, nurse or hospital to deny rape victims an emergency contraceptive if it 'conflicts with a sincerely held religious belief.'" Coakley ran a television advertisement charging, "Brown even favors letting hospitals deny emergency contraception to rape victims." Brown's daughter Ayla called the Coakley advertisement "completely inaccurate and misleading", and Brown criticized Coakley for running what he described as "attack ads". FactCheck.org also criticized Coakley's ad as "misleading" since, according to the website, it did not mention that contraception could still be administered by other personnel. Brown is filing a claim of defamation in court in response to a Massachusetts Democratic Party mailer reading "1,736 women were raped in Massachusetts in 2008. Scott Brown wants hospitals to turn them all away."

CQ Politics and Cook Political Report rated the election as a "Tossup." The Rothenberg Political Report changed its rating from "Tossup" to "Lean Takeover" on January 18th. Charlie Cook of the Cook Political Report stated on January 17th that he would put his "finger on the scale" for Scott Brown as favored to win. The Rothenberg Political Report released a statement that, "unless Democratic turnout exceeds everyone’s expectations, Brown is headed for a comfortable win.” As of January 18th, 2010, Brown led Coakley in the Intrade prediction market by high double digit margins. Nate Silver of the liberal-leaning FiveThirtyEight.com announced on January 18th that there is a 75% chance that Brown will defeat Coakley. The last three Democratic presidential candidates carried the state with over 60% of the vote. The last Republican to win the state in a presidential election was Ronald Reagan in 1984. The last Republican to win a Senate election was Edward Brooke in 1972. Republicans held the governors seat of Massachusetts from 1991 to 2007.