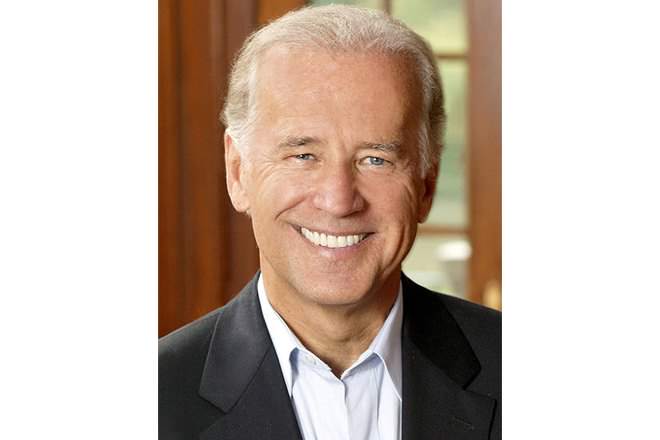 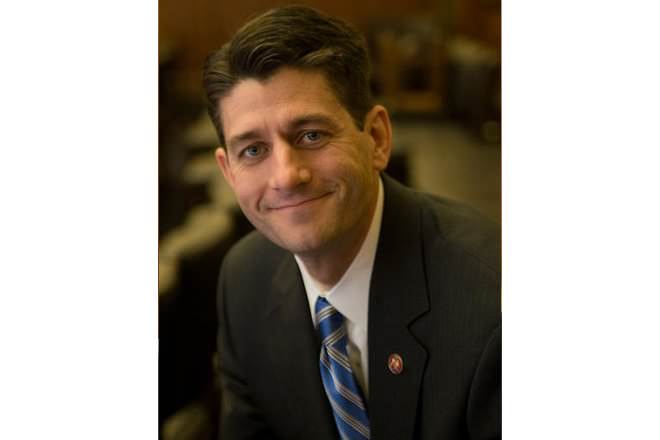 This is an unbiased comparison of the policies and positions of Joe Biden and Paul Ryan, candidates from the Democratic and Republican parties respectively in the 2012 Presidential election in the United States.

Joe Biden is the incumbent and was elected with President Barack Obama in January 2009 after several years in the U.S. Senate representing Delaware. Paul Ryan is the U.S. Representative for Wisconsin's 1st congressional district and is known as a leading policy wonk in the Republican party. 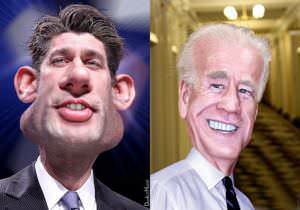 Ryan vs Biden caricature by DonkeyHotey

Joe Biden was born on November 20 1942 in Scranton, Pennsylvania. He attended the University of Delaware in Newark, where he played varsity football. He majored in history and political science and graduated in 1965. He earned his JD from Syracuse University’s College of Law in 1968. He became an attorney in 1969 and was elected to the county council in 1970. He was first elected to the Senate in 1972 and is the 15th-longest serving senator in history. He sought the Democrat presidential nomination in 1988 and 2008, but dropped out early in the race both times. He became Vice President in 2009.

Paul Ryan was born on January 29 1970 in Janesville, Wisconsin. He majored in economics and political science at Miami University in Ohio and graduated in 1992. He became a staff economist for Wisconsin Senator Bob Kasten in 1992 and then the speechwriter for Jack Kemp. He was first elected to the House of Representatives in 1998. He is the US Representative for Wisconsin’s 1st congressional district.

Joe Biden supports tax cuts for the U.S. middle class. He thinks that tax cuts given to the top 1% of earners should be reduced. He voted for increasing the tax rate for people earning over $1 million in 2008. [1]

Paul Ryan supports a simplified two-level flat tax. He voted to make the Bush tax cuts permanent and to eliminate the Estate tax. [2]

Joe Biden believes that competition with China leads to better products and policies. He opposes tariffs and believes that environmental and labor standards should be built into trade agreements. [3]

Paul Ryan supports a 8.5% tax on imports from foreign countries. He supports membership in the World Trade Organization and supports free trade agreements with Central America, Australia and Singapore. [4]

Joe Biden supported a balanced-budget constitutional amendment in 1997. However, he voted against reducing federal spending in 2005. [5]

Paul Ryan supports a spending cap as a percentage of GDP. He believes that spending should be frozen now. [6]

Joe Biden believes healthcare should be modified, simplified and expanded. He wants to focus on prevention and supports Obama’s healthcare policy. [9]

Paul Ryan argues that Obama’s healthcare plan is a government takeover of healthcare. He opposes Medicare and believes it should be replaced with a voucher system. [10]

Paul Ryan opposes legal abortion. He voted to ban federal health coverage that includes abortion. He wants to grant the “pre-born” equal protection under the 14th amendment and to prevent federal funding to groups like Planned Parenthood. He believes that congress should protect life beginning at fertilization. [12]

Joe Biden believes work visas should only be available for jobs that Americans cannot do. He opposes granting driver’s licenses to illegal immigrants and supports both a border fence and a path to citizenship. He believes it is impractical to deport 14 million illegal immigrants, but supports comprehensive immigration reform. [13]

Paul Ryan supports constitutionally defining marriage as between one man and one woman. He opposes gay adoption. [16] He voted against enforcing anti-gay hate crimes. [17]

Paul Ryan supported prohibiting lawsuits against gun manufacturers and supports reducing the gun waiting period from 3 days to 1. He believes gun registration should be banned in DC and is an avid hunter. [21]

Joe Biden believes that schools should hire more teachers and reduce class sizes. He supported a tax credit for college for anyone earning under $150k, supports performance-based pay for teachers, and believes that No Child Left Behind was a mistake. [22]

Paul Ryan voted against providing additional funding for federal education in 2007. He opposed grants for green public schools and for Black and Hispanic colleges. He supports mandatory state tests. [23]

Joe Biden voted against a constitutional ban on flag desecration. He has a pro-affirmative-action stance, according to the NAACP. However, the ACLU suggest he has a mixed civil rights voted record. [24]

Joe Biden believes that the US should have discussions with Iran and declared the country one of the 3 biggest threats to the US, along with Russia and North Korea, in 2007. [26]

Paul Ryan supports enforcing sanctions against Iran to end their nuclear program. He also supports a no-contact policy with the nation. [27].

Joe Biden supported funding the Iraq War in 2007. He supports the withdrawal of troops by 2012. He voted for the Iraq War but regrets the decision. [28]

Paul Ryan voted against redeploying US troops out of Iraq in 2007. He voted for declaring Iraq part of the War on Terror with no exit date. [29]

Joe Biden supports the continuous withdrawal of US troops from Afghanistan until 2014. [30]

Paul Ryan voted against removing US armed forces from Afghanistan in 2011. [31]

Joe Biden supports clean coal energy and believes that global warming is a man-made catastrophe. He believes in investing in alternative energy sources and supports cap-and-trade for greenhouse gases. He supports energy independence. [32]

Paul Ryan supports opening the Outer Continental Shelf to oil drilling. He believes the EPA should be prevented from regulating greenhouse gases and opposes limits on CO2 pollution. He voted against tax credits or incentives for renewable energy production. [33]

Joe Biden scored 80% on the Human Society Scorecard for animal protection. He voted for oil and gas smokestacks to be included in mercury regulations and is rated as having “pro-environment votes” by the LCV. [34]

Paul Ryan voted against protecting free-roaming horses and burros. He voted against funding for Amtrak improvements and voted for deauthorizing “critical habitat” for endangered species. He supports speeding up approval of forest thinning projects. [35]

There was only one debate for vice presidential candidates. It was held on October 11, 2012 and the full video is presented below: