The iPad and the iPod are both manufactured by Apple. Although the devices have several similarities, there are a lot of differences between iPads and iPods. 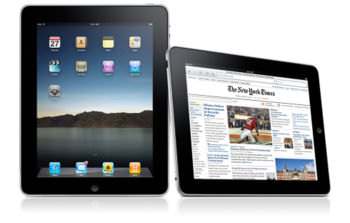 The iPad is a new device launched by Apple, also known as Apple Tablet that is considered a hybrid of iPod touch and Apple notebook. The company describes the product as "magical and revolutionary". This device can be used for web browsing, ebook reading and runs almost 140, 000 apps. iPad models will be available in late March to April, 2010. The targeted audience for iPad are the consumers already using iTouch and iPhone and familiar with the touch-screen technology.

iPods are great Apple devices used mainly for playing and storing music, videos, photos and more and come in four different models, iPod Shuffle, Nano, Classic, and iPod Touch. The latest model, iPod Touch is also a great pocket computer and can be used to send email, surf the web and play games.

iPad has a capacity of 16 GB, 32GB or 64GB flash drive whereas iPod Classic has a capacity of up to 160GB. iPod shuffle capacity varies from 2-4GB, whereas other models including iPod Nano and iPod Touch capacities range from 8 to 64GB.

iPad has a built-in rechargeable lithium-polymer battery that lasts up to 10 hours, whereas iPods have a lithium-ion battery that can last up to 30 hours (iPod Touch) when fully charged. Charging time can vary from 3 to 4 hours.

iPad has Wi-Fi models with Bluetooth and EDR technology which is able to connect to wireless headphones and keyboard, and Wi-Fi plus 3G models with fast internet access for travel and access to GPS whereas iPod Touch is the only iPod with a built-in wireless connection to the web.

Differences in Features and Applications

iPad has a multi-touch screen allowing to surf the web and view one full page at a time, on-screen keyboard to help read and compose mails, software to enable you to store and share your photos, high resolution screen for watching music videos, movies and other shows, iPod app and iTunes for all your music collection along with built-in speakers and wireless headphones, iBooks for e-reading, other regular features such as calendar, maps, contacts and also provide special accessibility for people with vision or hearing impairment and other disabilities. You can also sync the apps from your iPhone or iPod Touch to iPad from your Mac or PC. New apps are being introduced for iPad for personal and business use.

iPods are essentially devices used for storing music, photos, with regular features like calendar, notes and soon. iPod Touch, the latest version of iPod is a mini version of iPad with all the extra features except ebook reading.

Price of iPad vs iPod

iPod touch for being more portable and for one person. iPad for size, business and family.

The best comparison between iPad and iPod after the reading all confusions cleared.