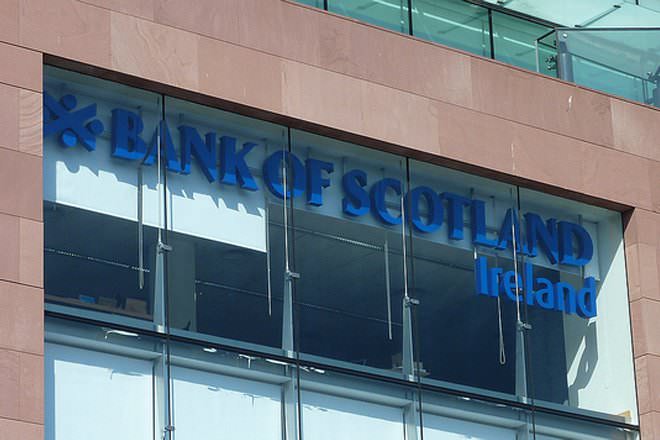 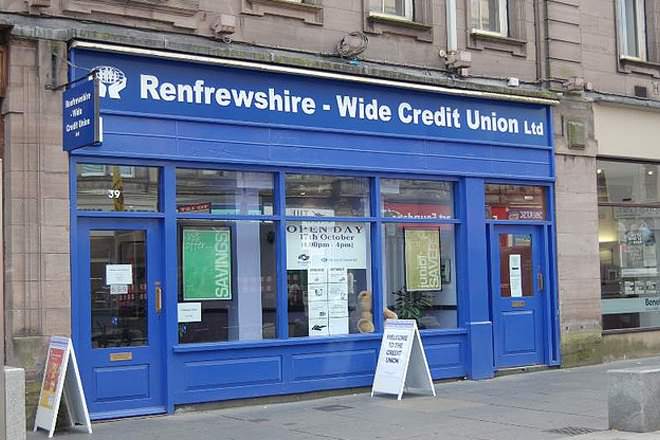 While banks and credit unions are both financial institutions that offer similar services (checking and savings accounts, auto loans, and mortgages), the main difference between a bank and a credit union is that "customers" of a credit union are members, and they own the institution. A bank is a company, and like most companies, a bank aims to maximize profits for its shareholders. A credit union is a cooperative — and often not-for-profit — institution that is owned by its members (customers) who democratically elect a board of directors. Credit unions tend to focus on members' needs and attempt to provide credit at reasonable rates. There are pros and cons to participating in either financial institution.

The biggest difference between banks and credit unions comes down to ownership. Originally — and as is still the case in some countries — banks were institutions established by state or national governments for lending and borrowing purposes. Gradually, banks were privatized and came to be owned by shareholders who invested in them in the hopes of getting higher returns.

Credit unions, on the other hand, are owned by their customers, the people who maintain accounts with them. Members of a credit union elect the institution's board of directors on a one-person, one-vote system. The basic principle behind operating a credit union is to maintain capital and solvency. In most all cases, credit unions do not operate to earn profits, only to support their owners financially and reward them with lower interest rates and other perks if generated revenues are high.

Banks operate purely on a profit motive — to make money for shareholders. Most banks are required to profit from their daily activities in order to survive. They earn their profits by charging interest and fees on most financial services, including credit cards and loans.

Credit unions, on the other hand, are usually not-for-profit institutions. These organizations do not function to earn a profit from their daily activities, but when profits are made they are passed on to customers directly in terms of higher returns on investments and lower interest fees. Note that credit unions are not nonprofits, as they do have to make some net income to remain solvent and retain capital; "not-for-profit" instead refers to how credit unions operate in regard to earnings.

Some individuals and businesses are concerned about the solvency of their financial institution. The question they have is whether their deposits are "safe" in the event that the bank loses money on its investments and lending operations.

The Federal Deposit Insurance Corporation (FDIC) is a government organization that provides insurance on deposits being held at banks. This is to ensure the safety of the money stored in the bank. The FDIC provides insurance up to $250,000 per depositor, per bank. The organization has a large network and insures deposits at over 7,800 institutions.[1] A bank needs to be an FDIC member in order for deposits into that bank to be insured. The FDIC also insures branches of U.S. banks in other countries.

In the fall of 2011, several banks including Bank of America, Wells Fargo, Chase and Citibank announced that they would begin charging fees for debit card use. Following substantial negative feedback, they retreated from the proposal. However, the Credit Union National Association (CUNA) reported that 650,000 joined credit unions following Bank of America's announcement of its $5 monthly debit card fee in September 2011.[4]

A grassroots movement, Bank Transfer Day, was launched on Facebook in 2011, in response to such fees. It urged consumers to switch from large banks to smaller, local financial institutions by November 5, 2011. The movement was fairly successful, garnering over 40,000 "likes" in less than two months.

Pros and Cons of Banks and Credit Unions

While credit unions' ownership structure may seem very appealing, there is no clear "winner" in the bank vs. credit union debate. There are advantages and disadvantages to both.

In general, credit unions offer higher interest on savings accounts and lower interest rates and fees on loans. However, when dealing with large loans, such as mortgages or auto loans, it is wise to check around for the best rates. Some large banks will compete against credit unions by matching or even beating their interest rates. Independent small lenders that specialize in mortgages (like [5] and Provident) are likely to offer better rates than both banks and credit unions but usually end up selling their mortgages to large banks within a month. 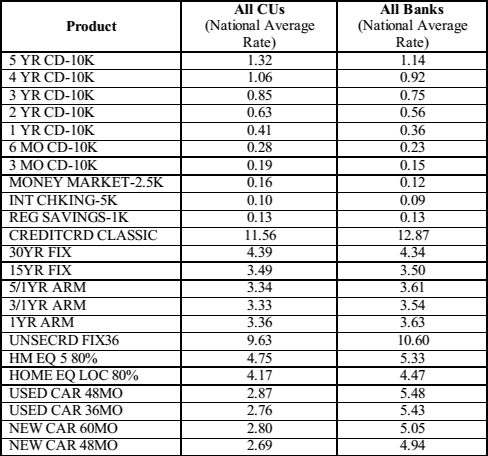 A comparison of average savings and loan rates at credit unions (CUs) and banks, as of March 2014. Source: NCUA.gov.

Though banks — especially large banks — are often known for their fees, credit unions have been the ones to increase overdraft fees in recent years.[6] Generally, credit unions have fewer (or no) fees, while banks have a number of different fees, but every financial institution is different. Ask for a fee schedule before signing up for any financial account.

Sometimes banks have perks that credit unions do not, especially when it comes to accessibility and usability. While credit unions have done much in the last 15 to 20 years to expand their branches and networks of ATMs, credit unions are still usually smaller and have fewer connections than banks do. If having a full range of services available at all times, from all places, is mandatory, a large bank is likely the better option.

Letters of credit known as Sukuk were issued by banks located in Persian territories during the 3rd century CE. In 1407, the first known state deposit bank was founded in Genoa, Italy. The Bardi and the Peruzzi families were known to have dominated the banking industry during the 14th century.

Credit unions are newer than banks, with the earliest known evidence of their existence dating back to 1852. Franz Hermann Schulze-Delitzsch, a German economist, is credited with the establishment of the first credit union institutions in the world, which were located in Eilenburg and Delitzsch. Later in 1864, Friedrich Wilhelm Raiffeisen founded the first rural credit union in Heddesdorf, Germany.

The Caisse Populaire de Lévis was the first credit union in Quebec, Canada; it began operations on January 23, 1901, with a ten-cent deposit. St. Mary's Credit Union of Manchester, New Hampshire, in the United States holds the distinction as the first U.S.-based credit union. Edward Filene played a vital role in expanding credit unions in the U.S.

Types of Banks and Credit Unions

There is usually a wide variety of different banks within every community. Some common types of banks include the following:

The two main types of credit unions (that are not necessarily mutually exclusive) are: