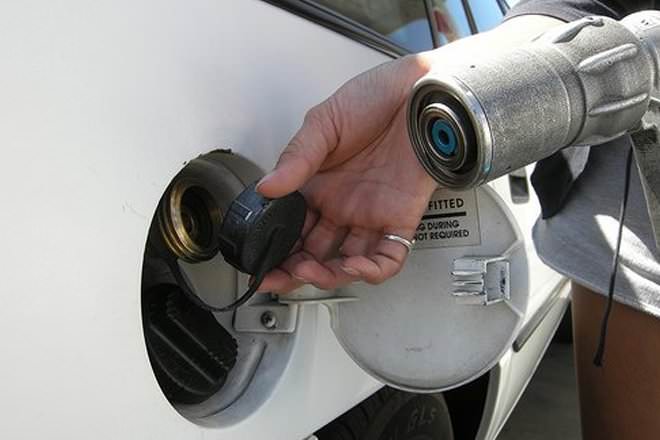 CNG is Compressed Natural Gas, which is mainly methane compressed at a pressure of 200 to 248 bars. LPG is Liquefied Petroleum Gas, a mixture of propane and butane liquefied at 15 °C and a pressure of 1.7 - 7.5 bar. Some variants of LPG are primarily propane so LPG is often colloquially called propane. CNG is cheaper and cleaner, but LPG has a higher calorific value. Distribution is easier for natural gas over long distances via pipelines. 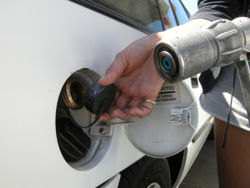 Natural gas is created over hundreds of years deep within the earth. It has to be extracted (pumped to the surface) and cleaned to remove impurities including water to be marketable. The byproducts of natural gas processing are ethane, propane, butane, pentane and higher molecular weight hydrocarbons.

LPG is manufactured during the refining of petroleum (crude oil), or extracted from petroleum or natural gas streams as they emerge from the ground.

CNG is generally cheaper than LPG. However, propane produces over twice the amount of energy than natural gas. So LPG could be more cost effective than natural gas depending upon local prices (which tend to fluctuate).

Here's an NBC news story on how cost effective and convenient CNG is over gasoline:

There is an extensive distribution network for both CNG and LPG. But the retail availability of LPG is more compared to that of CNG. CNG distribution is mainly via pipeline networks that run from natural gas production wells to various distribution centers and finally into residential neighborhoods and commercial areas.

LPG, vaporized and at atmospheric pressure, has a higher calorific value (94 MJ/m3 or 26.1kWh/m3) than natural gas (38 MJ/m3 or 10.6 kWh/m3). This LPG produces more energy than the equivalent amount of natural gas.

Although CNG does produce greenhouse gases upon combustion, it is a more environmentally clean alternative to other fossil fuels like gasoline or LPG. CNG is also safer than other fuels in the event of a spill because natural gas, being lighter than air, disperses quickly when released.

Because LPG produces more energy than CNG, it cannot simply be substituted for natural gas. Only gases that have the same Wobbe index are interchangeable. For LPG to have the same Wobbe index as CNG, it has to be mixed with air. A 60:40 ratio for LPG:air mixing is common but it depends upon the composition of LPG because LPG itself is a mixture of propane and butane. This mixture of LPG and air to substitute natural gas is called synthetic natural gas (SNG). Use of SNG is common before the CNG distribution network is fully operational.

Ethanethiol or ethyl mercaptan is commonly added to both LPG and CNG. Mercaptan has a foul, rotten-egg smell that makes it easy to detect gas leaks.

The following video shows how to convert a car to use LPG along with gasoline.

Advantages of using CNG and LPG in vehicles 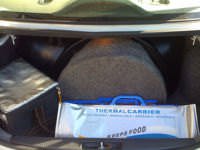 Disadvantages of using CNG and LPG in vehicles

CNG occupies more space than gasoline. Additional space in the trunk of a car or the bed of a pickup truck is used to store the CNG tanks. This problem has been mitigated in factory-built CNG vehicles by installing the tanks under the vehicle body, e.g. Fiat Multipla, Fiat Panda, Volkswagen Touran Ecofuel, Volkswagen Caddy Ecofuel, and Chevvy Taxi.

The use of CNG in Delhi has not improved air qualtiy. Infact, the pollution lelvesl are alarming and Delhi is one amongst top pollutinh cities in the world. It is, therefore, necessary to look inot non polluting forms of fuel for the vehilces. Unfortunately, practice oriented researh using solar energy is getting aback seat. There is an urgent need to look into these issues.
Profesor Ashok Deshpande PhD (Environmental Engineering)

>Natural gas vehicles have lower maintenance costs when compared with other fossil fuel-powered vehicles.
This is untrue. My car started fire twice because of this modification.