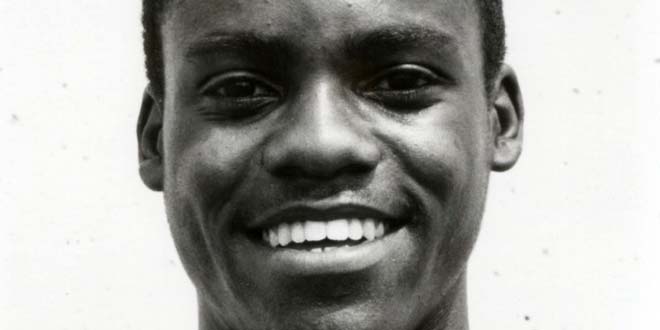 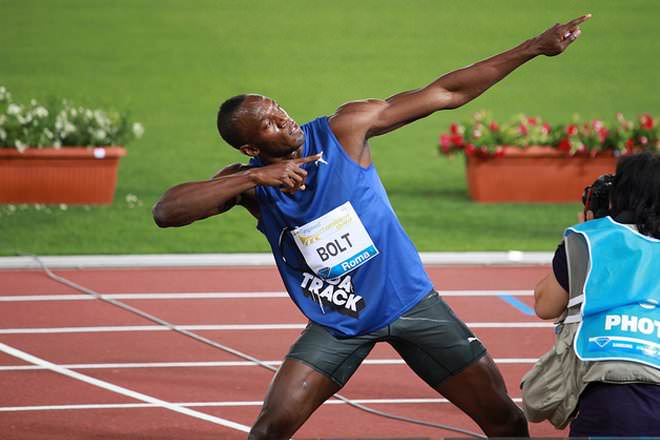 Carl Lewis was the world’s fastest sprinter in the 1980s. Usain Bolt is considered the fastest athlete ever. Lewis won 10 Olympic medals; Bolt has won 9 and is the only man to win the “sprint double" - the 100m and 200m - in three separate Olympics. Bolt also holds the world record in the 100m and 200m categories. During the 2012 London Olympics, Bolt made controversial remarks criticizing Lewis for his comments that anti-doping mechanisms in Jamaica were poor. 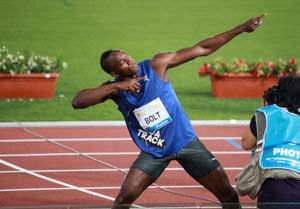 Carl Lewis was born on July 1st 1961 in Birmingham, Alabama. His parents, William and Evelyn Lewis, ran a local athletics club. At 13, Lewis began to compete in the long jump. He attended Willingboro High School in New Jersey, and by the time he was a senior, he was one of the top long jumpers in the world. He was first coached by his father. He attended the University of Houston, where he was coached by Tom Tellez.

Usain Bolt was born on August 21st 1986 in Trelawny, Jamaica. He grew up with his parents, his brother and his sister. His parents ran a rural grocery store. He attended Waldensia Primary School and William Knibb Memorial High School. Although he originally played cricket and football, his cricket coach encouraged him to try track and field. He was coached by both Pablo McNeil and Dwayne Jarrett.

Carl Lewis achieved his first world ranking in 1979, when Track and Field News declared him 5th in the world in long jump. He qualified for the 1980 Olympics both in the long jump and for the 4 x 100m relay team. However, the Olympic boycott prevented him from competing. In 1981, Lewis jumped 8.62 m at the TAC Championships, making him the number two long jumper in history. He also ran the 100 m in 10.00s at the Southwest Conference Championships in Dallas in 1981, the third-fastest time in history. He was then ranked number one in the world in both 100m and long jump.

Usain Bolt made his first appearance on the world stage in 2001 at the IAAF World Youth Championships. He failed to qualify in the 200m, but set a personal best. In 2002, age 15, he won the 200m at the World Junior Championships, making him the youngest world-junior gold medalist in history. He then won four golds at the 2003 CARIFTA Games and another gold at the 2003 World Youth Championships. He turned professional in 2004, but was hampered by hamstring injuries, preventing him from competing in the 2004 World Junior Championship and ruining his chances in the Athens Olympics. Another hamstring injury prevented him from competing in the Commonwealth Games in 2006.

In this video, Carl Lewis counts down his top ten Olympic moments, ending with his first gold medal that he won in Los Angeles in 1984:

A footage of Usain Bolt leading the 4x100m relay and setting a new world record of 36.84 sec during the 2012 London Olympics:

Carl Lewis won the James E. Sullivan Award for top amateur athlete in the US in 1981. He was named Athlete of the Year by Track and Field News. He was also named “Olympian of the Century” by Sports Illustrated and voted “Sportsman of the Century” by the International Olympic Committee.

Lewis’ main rivals in the long jump were Larry Myricks, the last man to beat him before the 1983 World Championships, and Mike Powell, the silver medalist in the 1988 Olympics and the top-ranked long jumper in 1990. He also had a rivalry with Ben Johnson, a Canadian sprinter.

Carl Lewis appeared in many movies and TV shows. He played himself in cameos in Perfect Strangers, Speed Zone! and Alien Hunter. He appeared on The Weakest Link. He filed to run as a Democrat for New Jersey Senate in April 2011, but he did not meet the residency requirement.

Usain Bolt has been involved in several advertizing campaigns, including one for Virgin Media. He partnered with mobile gaming company RockLive to release a mobile game in 2012. His autobiography is scheduled for release in 2012.

Carl Lewis’s mother and sister were also Olympians: his mother competed in the 80 m hurdles in Helsinki in 1952, and his sister Carol finished 9th in the long jump in 1984. He is a vegan and an official sponsor of Ronald McDonald House Charities. He is also a Goodwill Ambassador for the United Nations Food and Agriculture Organization. He suffers from arthritis.

Usain Bolt is often described as a laid-back and relaxed individual who loves dancing. He is a known practical joker.

Lewis tested positive for banned drugs three times before the 1988 Olympics for pseudoephedine, ephedrine and phenylpropanolamine and was banned from the Seoul Olympics. He protested the ban, saying that they were taken inadvertently, and the decision was overturned.

In 2001, Bolt was detained by police after hiding in the back of a van when he was supposed to be preparing for the 200 m finals.

During the 2012 Olympics in London, Lewis, without making any direct accusations, said that Jamaican drug testing procedures need to be tightened. Lewis told Sports Illustrated: “Countries like Jamaica do not have a random program, so they can go months without being tested. I’m not saying anyone is on anything, but everyone needs to be on a level playing field.”

Bolt, who is Jamaican, took exception to Lewis' comments and fiercely criticized Lewis saying "I’ve lost all respect for him. All respect. To jump up and say something like that. As far as I’m concerned he’s looking for attention. That’s all."[1]

Carl Lewis, who won 100-meter gold in 1988 after steroid user Ben Johnson was stripped of the title, has been the subject of drug controversies himself. According to documents released in 2003 by the U.S. Olympic Committee’s former director of drug control administration, Lewis tested positive for stimulants and bronchodilators three times in the run-up to the 1988 Olympics. USOC, however, decided to overturn the results after Lewis said he had taken the drugs inadvertently.[2]

Two great athletes. Usain in my opinion is ahead. His performances from youth to senior are superior. His records are more impressive. His victories are not close and usually spectacular. Carl leads in one area I.e. gold medal count but Usain is poised to overtake him. He has at least another Olympics (2016) and two more World Championships (2015 and 2017) which could possibly add 9 more gold medals to his collection.

Usain has surpassed Carl Lewis in the one area where Carl had lead. Both have 10 medals .... Carl has 8 gold, 1 silver and 1 bronze, after the Moscow World Championship Usain has 8 gold and 2 silver.

Wow. Cheaters bickering amongst themselves. Funny.