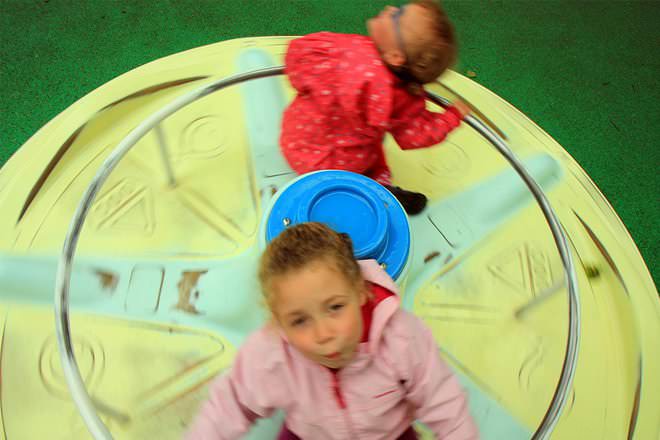 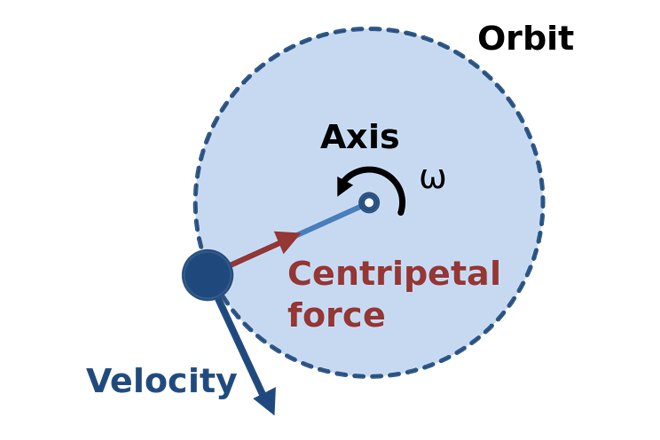 Centrifugal force (Latin for "center fleeing") describes the tendency of an object following a curved path to fly outwards, away from the center of the curve. It's not really a force; it results from inertia — the tendency of an object to resist any change in its state of rest or motion. Centripetal force is a real force that counteracts the centrifugal force and prevents the object from "flying out," keeping it moving instead with a uniform speed along a circular path.

If an object is properly rotating, both the centrifugal and centripetal forces will be equal, so the object will not move towards the center of rotation or outwards from it. It will maintain a constant distance from the center. 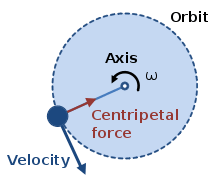 Direction of centripetal force and velocity

The centripetal force is directed inwards, from the object to the center of rotation. Technically, it is directed orthogonal to the velocity of the body, toward the fixed point of the instantaneous center of curvature of the path.

The centrifugal force is directed outwards; in the same direction as the velocity of the object. For circular motion, the velocity at any given point in time is at a tangent to the arc of movement.

Both forces are calculated using the same formula:

where ac is the centripetal acceleration, m is the mass of the object, moving at velocity v along a path with radius of curvature r.

Some common examples of centrifugal force at work are mud flying off a tire and children feeling a force pushing them outwards while spinning on a roundabout.

A major example of centripetal force is the rotation of satellites around a planet. 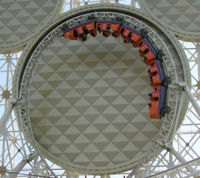 A satellite orbiting the planet by applying the centripetal force.

Knowledge of centrifugal and centripetal forces can be applied to many everyday problems. For example, it is used when designing roads to prevent skidding and improve traction on curves and access ramps. It also allowed for the invention of the centrifuge, which separates particles suspended in fluid by spinning test tubes at high speeds.