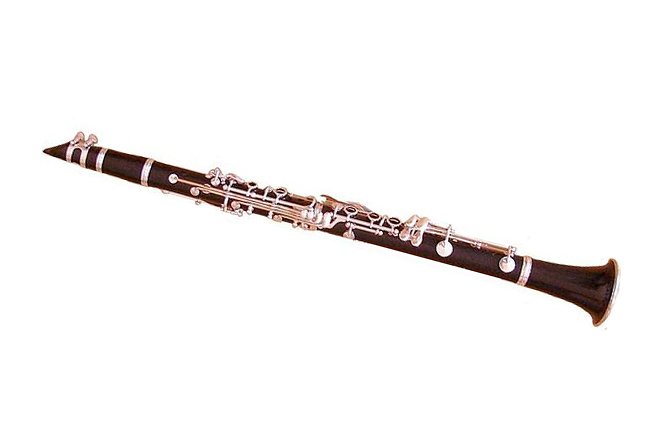 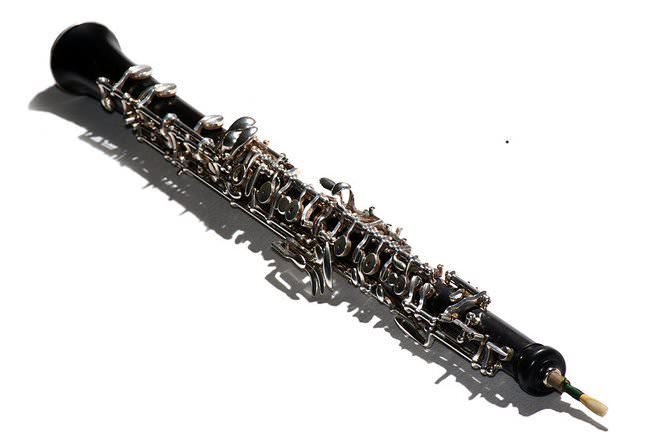 While the clarinet and the oboe are both musical instruments of the woodwind family, there are a few characteristics that differentiate them from each other.

The clarinet has a cylindrical bore and uses a single reed while the oboe is an instrument that uses a double reed. 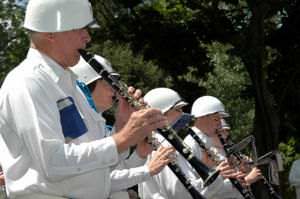 The clarinet has a unique timbre that is a result of the cylindrical bore. It varies with the "height" of the tone, which may be the chalumeau, clarion, or the altissimo. The sound from the clarinet can differ from musician to musician and the music being played. Clarinets are known to have the largest pitch ranges in the woodwind family.

The timbre of the Oboe is distinct and penetrative and is a result of the conical bore. This makes the Oboe excessively audible over other instruments in large ensembles. The reed in the instrument plays an important part by delivering a hint of its characteristic to the sound that emanates from the Oboe.

Types of Clarinets and Oboes

The clarinet family of instruments includes:

The oboe family is not as large and comprises Cor Anglais and Oboe d’amore. Cor Anglais or English horn is pitched in ‘F’ while the Oboe d’amore is pitched in ‘A’. The bass oboe (also known as the baritone), sounds one octave lower than the usual oboe. The Heckelphone is perhaps the rarest of them all, with only 165 pieces being manufactured. Keyless folk versions of the oboe (most descended from the shawm) are found throughout Europe. These include the musette (France) and bombarde (Brittany), the piffaro and ciaramella (Italy), and the xirimia or chirimia (Spain).

Historical Evolution of Oboes and Clarinets

A single-reed instrument or hornpipe such as the albogue, alboka, and double clarinet is generally considered the predecessor of the clarinet. The modern clarinet, however, was developed from a Baroque instrument called the chalumeau. In 1812, Iwan Muller, a Russian clarinetist developed a new pad that was covered either with leather or fish bladder. This was a breakthrough for clarinetists worldwide, as it gave them the freedom to experiment with the instrument and enhance their music. Beyond these developments, it was Hyacinthe Klosé, who brought in changes in the instrument which were widely accepted by clarinetists which are in use today as well.

The Oboe, on the other hand, has mysterious origins. No one is certain of its place and exact date of origin but the Baroque oboe is known to have appeared in the French courts in the mid 17th century. This was made out of boxwood and had three keys. Then came the classical age where the oboe bore was gradually narrowed and several keys were attached to the instrument, among them were those for the notes D?, F, and G?. The modern oboe is most commonly made from grenadilla, also known as African Blackwood, though some manufacturers also make oboes out of other members of the genus Dalbergia, which includes cocobolo, rosewood, and violet wood.

The clarinet is widely accepted by musicians and is invariably found in an orchestral group of instruments which are used for classical music, concert bands, jazz, rock and pop.

On the other hand, the oboe is usually used in western classical music but not without exception. It is also used in traditional, folk music as well as jazz, rock and pop and film music.

The price of a clarinet varies from player to player. If the user is a student, he/she can expect to pay $400 for a student class clarinet. However, if an intermediate player is looking to buy a new clarinet, he will have to invest $700 or more. Professional clarinetists can expect the cost of their instruments to be $1000 and above.

The oboe however, is a lot more expensive than a clarinet. The starting price of a basic instrument would be $1800 and above. Similarly, if a professional player is purchasing a new oboe, he can spend $6000 to $8000 on buying a good quality instrument.

The clarinet is a relatively easier instrument to master as compared to the oboe. However, it must be noted that one needs daily practice stretched over 4-6 months to be comfortable and learn the instrument competently. There is more music available for the clarinet and more people play it than the oboe.

Learning to play the oboe is more difficult by all accounts. It is hard to get the sound right initially. However, if you have a good instrument and a competent teacher, you will find yourself comfortable with the equipment within a few months. The learning process depends entirely on how regularly and sincerely you practice.

Both are gorgeous instruments. :-)

However, two reeds are better than one. ;-)

yea oboe!!!! clarinets are too squeaky

I like how it says that oboe isn't used in classical music or concert band, but clarinet is...