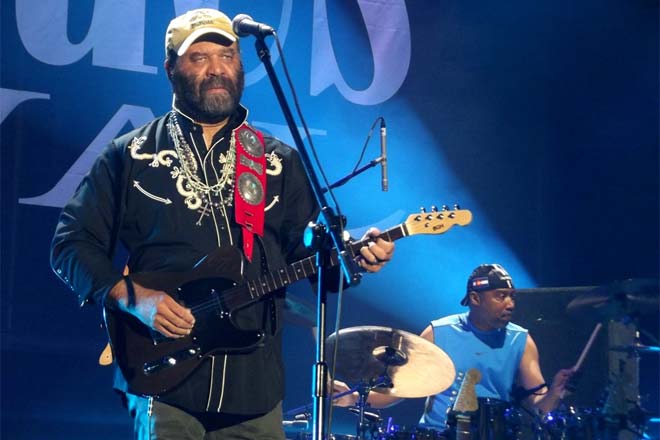 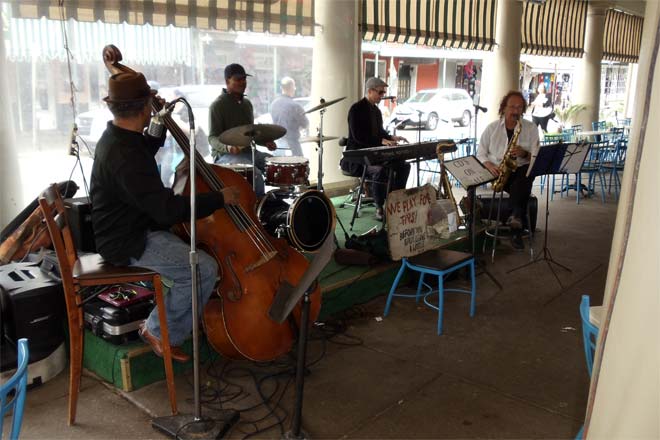 The main focus of jazz music is the dynamics and improvisations of an ensemble, while blues music is usually centered on a single guitar player/vocalist, and the personal lyrical content of the song. Most jazz tunes are purely instrumental, while a blues song always contains lyrics. 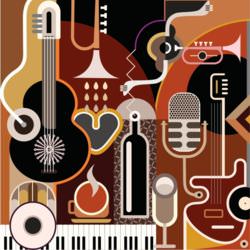 Jazz is a broad musical style, notoriously difficult to define, but with a general foundation of improvisation, syncopated rhythms, and group interaction. Considered a wholly American musical form, jazz originated during the late 19th century within black communities of the Southern United States. A jazz ensemble usually plays a predetermined tune, with each musician adding their own interpretations. This improvisation is the defining element of jazz, and is based on the mood of the musicians, the interaction of the group, and even the audience’s response to the music. Jazz performers try to create a unique and expressive tone for their instrument, also known as a “voice”. Skilled jazz musicians play and interact with a swing rhythm, a propulsive groove or beat that creates a visceral response of foot-tapping or head-nodding. These rhythms have roots in traditional African music, using the off beats of syncopated rhythms to create the groove.

Blues is a genre of music based on traditional blues chord patterns, scales, and emotive lyrics, often performed by a solo guitarist/vocalist. A repeating progression of chords such as the 12-bar blues is played to lyrics, mostly a narrative about the woes of life: lost love, mistreatment, and poverty. Blues music is almost always guitar-based, and is characterized by its structure, which is often simple in terms of chord progressions and repeated lyrics. Blues scales contain ‘blue’ notes - notes played at a slightly lowered pitch - which give the music a distinctive sound. The focus of blues music is usually the singer/guitarist, even when the performer is backed by a band. While improvisation is often a part of blues, there is rarely much deviation from the basic chord structure of the song.

This video depiction gets under the root reality of blues music:

Why Jazz and Blues go Hand-in-Hand

Both types of music emerged in the American Deep South around the end of the 19th century and spread north and formed various sub-genres. Jazz and blues are both characterized by the use of “blue” notes, swung notes, and syncopated rhythms. When blues musicians begin heavily improvising, the line between blues and jazz begins to diminish. In fact, mastery of blues style playing is considered part of learning to play jazz.

Traditional African-American work songs led to both jazz and blues. These rhythmic a cappella work songs originated with agricultural slaves, and they severed several purposes, from synchronizing physical movement in a group and raising morale, to expressing anger and frustration, or withstanding hardship. As slaves improvised and modified verses, the songs also became of subversive form of expression and rebellion.

In New Orleans during the late 19th century, brass marching bands gave lengthy performances during funerals and parades. Musicians would grow bored and begin to improvise, using the syncopated rhythms of African-American vocal music into traditional military tunes and rags. As these musicians moved to other cities, they brought this rhythmic improvisation incorporating sit-down instruments such as pianos and drum kits. Blues music was an important part of early jazz, as musicians began to improvise on traditional blues progressions and scales. The music eventually spread north, taking root and evolving in cities such as Chicago and New York City, and came to be one of the most popular musical genres in America, it’s pinnacle being the Jazz Age of the 1920s and swing music of the 1930s. Bill Taylor gives a very interesting account of the History of Jazz:

Blues music originated in the late 1800s, but the precise origins are murky due to low literacy rates of the black community at that time, and racial discrimination with the musical and academic circles. The music was first chronicled in Mississippi and Southern Texas in 1901, and has origins in the unaccompanied vocal music of slaves and European chord structures. By the 1920s blues music was part of the American popular music scene, and the first recording of slide guitar, which came to characterize the Delta Blues sub-genre, was made in 1923 by Sylvester Weaver. Electric guitar-based blues became popular after the second World War, and had a major influence on early rock and roll music.

Live Arts on YouTube has made a 4-part documentary on the History of Blues. Here is part 1:

If this holds your interest, you may also find Part 2, Part 3 and Part 4 interesting.

Listen to Take Five by the Dave Brubeck Quartet, one of the most famous and legendary pieces in the history of jazz music:

And a soulful composition by one of the most influential blues musicians T-Bone Walker: