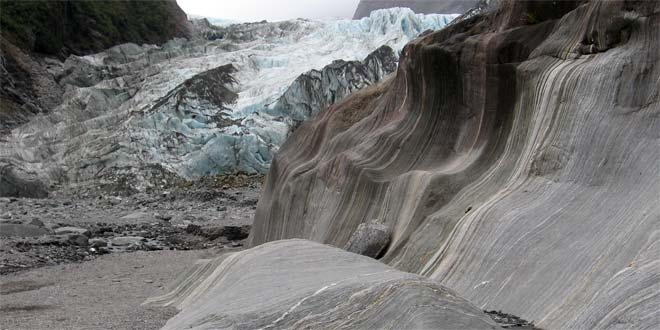 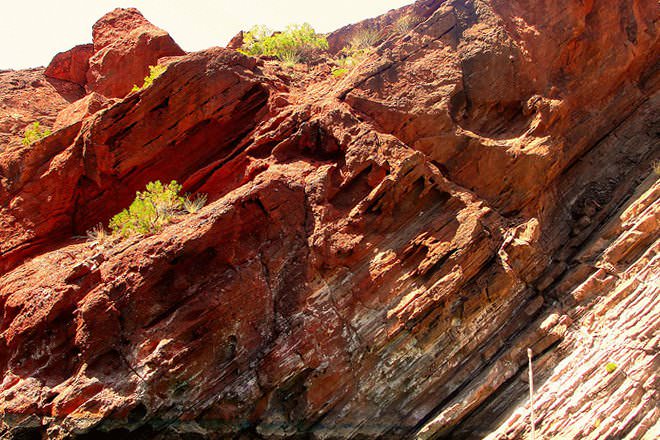 Weathering and erosion are geological processes that act together to shape the surface of the Earth.

Erosion is displacement of solids (soil, mud, rock and other particles) usually by the agents of currents such as, wind, water, or ice by downward or down-slope movement in response to gravity or by living organisms.

Weathering is the decomposition of rocks, soils and their minerals through direct contact with the Earth's atmosphere.

Erosion occurs because of factors like wind, water, ice, human activities like deforestation etc. Weathering, on the other hand is caused by contact with the earth's atmosphere. These atmospheric conditions may be heat, pressure etc.

Weathering is broadly categorized as follows:

The various types of erosion are:

When a rock is weathered it gets broken down in to smaller particles but stays where it was. After erosion takes place, the resulting smaller particle is transported or moved to another place. Erosion may cause the rock to break down in smaller pieces than weathering.

u ripped off wiki