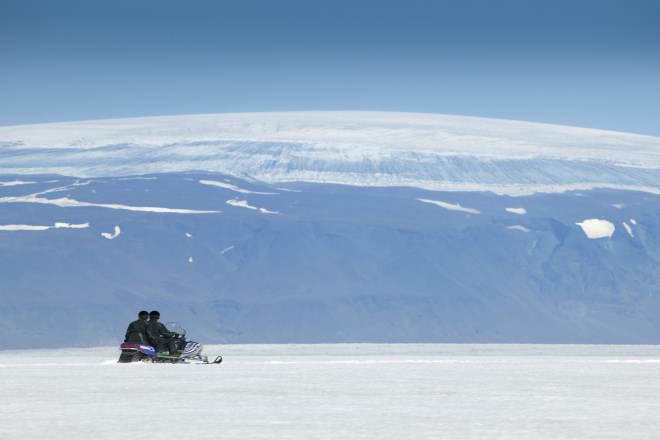 Icebergs and glaciers are both enormous masses of snow, built up over the years through natural processes. However, they are both different from each other in form and structure, as well process of formation. Glaciers are formed by continual deposition of snow at a place where it does not melt. When a chunk of this glacier breaks off and floats in the water, it is known as an iceberg. 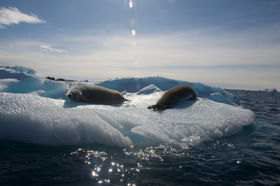 Seals basking in the sun on an iceberg

How are glaciers and icebergs formed?

Glaciers are formed with incessant deposition of snow, which transforms into ice, over time. As time passes, the ice crystallizes into sugar-like granules and compresses the air pockets that are present. With time, the crystals become larger in size and the air pockets become of negligible size. This process consumes almost a hundred years.

When a chunk of this glacier breaks off, an iceberg is formed.

This video gives an overview of what qualifies as a glacier and how glaciers are formed:

A glacier is far larger in size than an iceberg because glaciers are formed by continual deposition of snow, over as many as hundred years. Some of them are so massive that if they melt, they would cause sea-levels to rise. Icebergs are comparatively smaller because they are nothing but pieces that are broken off from glaciers, which then float on water. 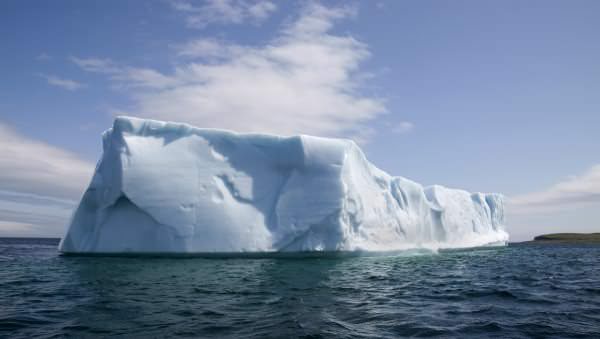 An iceberg in the North Atlantic Ocean

Glaciers are generally formed atop mountain valleys (valley glaciers) or in Polar Regions (continental glaciers), where the snow that falls never melts away.

Icebergs, when they break off from glaciers, generally float on water bodies. They might come to a standstill in a shallow bed of water, which is called an ice scour and the structure the iceberg transforms into is known as an ice island. Therefore it might float in the form of an ice shelf, which is constantly on the move or become stable like pack ice.

A glacier is situated on land and therefore is entirely exposed. On the other hand, all we can see of an iceberg is its tip. Because the iceberg floats on water, more than 90% of it is actually submerged.

Why do Icebergs Float?

Icebergs are made of pure ice, the density of which is 920 kg/m3. The density of water is 1025 kg/m3. Icebergs float because they are lighter than water. What we actually see is only the tip of the iceberg, the major portion of the structure lies right beneath.

There are several types of iceberg, which are classified according to their shapes and sizes. According to their shapes, icebergs are classified into tabular (plateau shaped) and non-tabular. Non-tabular iceberg shapes include the Dome (rounded shape), Pinnacle (with spires), Wedge (steep edge on one side and smoothly sloped on the other), Blocky (steep vertical sides and a flat top) and the Dry Dock (one which has developed channels or tunnels due to erosion).

The following video provides an overview of what icebergs are, how they form, how they get their color and size, and their role in the environment.

Such detailed classifications of glaciers are not prevalent. At best, they are broadly classified based on the location where they were formed liked valley glaciers and continental glaciers.

that is very different but very easy

Watching 'Yes, Dear' and this question came up but was never resolved in one of the Chritmas episodes where the grandparents come over and how they're a better set of grandparents so they frantically try to get their parents to be better but anyway Greg's parents had this question that I know it's answer. -16 year old female.