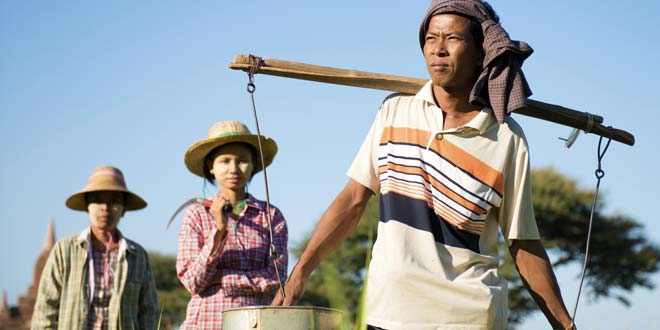 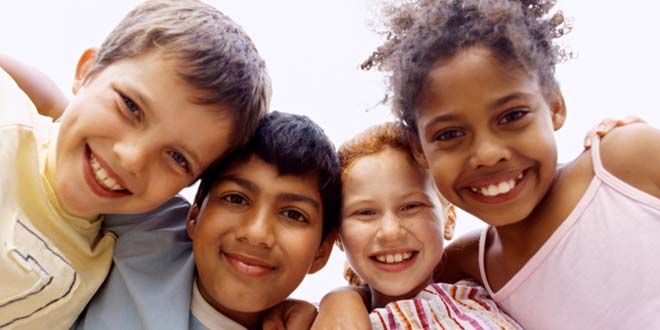 The traditional definition of race and ethnicity is related to biological and sociological factors respectively. Race refers to a person's physical characteristics, such as bone structure and skin, hair, or eye color. Ethnicity, however, refers to cultural factors, including nationality, regional culture, ancestry, and language.

An example of race is brown, white, or black skin (all from various parts of the world), while an example of ethnicity is German or Spanish ancestry (regardless of race) or Han Chinese. Your race is determined by how you look while your ethnicity is determined based on the social and cultural groups you belong to. You can have more than one ethnicities but you are said to have one race, even if it's "mixed race".

Definitions of Ethnicity and Race

Ethnicity is state of belonging to a social group that has a common national or cultural tradition.[1] This is, by definition, a fluid concept; ethnic groups can be broadly or narrowly construed. For example, they can be as broad as "Native American" or as narrow as "Cherokee". Another example is the Indian subcontinent — Indians may be considered one ethnic group but there are actually dozens of cultural traditions and subgroups like Gujarati, Punjabi, Bengali, and Tamil that are also bona fide ethnic groups. Yet another example is people in Great Britain — they may be considered British, or more precisely English, Scottish or Welsh.

A race is a group of people with a common physical feature or features. While there are hundreds — if not thousands — of ethnicities, the number of races is far fewer.

Difference Between Race and Ethnicity

Take the Caucasian (a.k.a., Caucasoid) race. The physical characteristics of Caucasians were described by M. A. MacConaill, an Irish anatomy professor, as including "light skin and eyes, narrow noses, and thin lips. Their hair is usually straight or wavy." Caucasians are said to have the lowest degree of projection in their alveolar bones that contain the teeth, a notable size prominence of the cranium and forehead region, and a projection of the midfacial region. A person whose appearance matches these characteristics is said to be a Caucasian. Caucasians don't always have white skin but in the United States "caucasian" is commonly used to mean white people.

It is worth noting that "race" and "ethnicity" can be highly subjective, with lines between the two concepts frequently blurred. The video below discusses how terms for racial and ethnic identities have changed over the years and how a racial or ethnic term may not accurately describe a person's identity, as the person may have multiple racial and ethnic backgrounds.

In most cases, race is unitary — i.e., a person belongs to one race — but may claim ethnic membership in multiple groups. For example, Barack Obama is racially black in spite of his mother being caucasian. On the other hand, a person can self-identify ethnically as Scottish and German if she has indeed lived in both ethic groups.

Another difference between race and ethnicity is related to the ability to self-identify. A person does not choose her race; it is assigned by society based upon her physical features. However, ethnicity is self-identified. An individual can learn a language, social norms and customs, and assimilate into a culture to belong to an ethnic group.

"Race relations" is one of the dominant themes in American politics from time to time, and refers to relationships between the major race groups — white, black, native American, Hispanic/Latino, "Asian," and others of mixed races.

America has also had a sometimes troubled history with ethnic strife — e.g., during the waves of Irish and Italian immigration to the U.S. These immigrants were Caucasian but had a different ethnicity compared to the Anglo Saxons who preceded them; they often faced ethnic discrimination.

The word "Asian" used in a racial context in the United States refers to people of Southeast Asian origin, including a vast variety of ethnic backgrounds, such as Chinese, Japanese, Korean and Vietnamese.

This colloquial usage is incorrect because "Asian" is not technically a race, as it means someone from Asia, including people from India, Saudi Arabia, Israel and parts of Russia.

Geneticist Luca Cavalli-Sforza has argued that neither ethnicity nor race have a genetic basis and cannot be scientifically defined. He notes that human populations have a great degree of genetic unity (even in their apparent diversity):

Most genetic differences are between individuals, not groups. Almost never does one group (racial or ethnic) have a trait that is missing in the rest of humanity. Our physical differences—skin color, facial features, hair texture— actually represent ancestral adaptations to different environments. These are malleable characteristics that evolve relatively swiftly. The obvious differences in skin color, for instance, relate to the intensity of sunlight at different latitudes.

You do realize that you are the stupid one for making that comment? Yes there are Latinos in Southern Europe. Just because they are of European ethnicity does not mean they are white? I find you very arrogant. Native Americans are ethnically Native American but if you study up you will find out that Native Americans are not "Native" at all. They came and took over the lands long ago just as for example "early Romans" came and defeated the Latin tribes of Italy.

What a nice discussion;-) Off course that race and ethnicity are two different terms (however it is not obvious for some US federal bureaus and administrative institutions e.g. U.S. Office of Management and Budget and Census administration not to mention “everyday people”).
Race as we’re taught and trained to perceive by our scientists is biological phenomena. OK – some people and other animals differ morphologically and the “types” and phenotypes are observable. However it is a HUMAN who describes, classifies and creates categories, taxonomies and so on using different measures, scales and methods, focusing on different factors, features and arguing against the opponents. From this perspective race is the social construct.
Early travelers, missionaries and colonialists used to consider race differently than people in more present times. Look at different “scientific” definitions of race – if it’s “scientific”, “methodological”, “objective” so why it is so differentiated? Because these definitions and classifications have been made by various people with different education and history, methodological training and approach, as well as personality and biographies.
Take a look at the most popular name of the “white” in USA race terminology: “Caucasian”. You are so accommodated to this that you don’t even consider it’s idiocy;-) Have you ever see a man from Caucasus? It is such differently looking guy than his “Caucasian” pal from Ireland or Sweden that I guess it doesn’t need further comments.
What’s more – some smart-asses in your country ask people to ethnically self-identify, but the answer you can mark is limited to set of types: “Caucasian”, “Native Indian or Alascan…” or “Hispanic/Latino” and so on, while their ethnicity is Catalonian, Russian, Greek, Jamaican, Samoan, Nigerian, Mexican, Peruvian or, as you used to say “American”. One can have “Black identity” but this is much more complex talk.
I would recommend, just to cause more disorder the well-known text by James Clifford “Mashpee Identity” from his “Predicament with Culture”
And sorry for my purely poor English – I’m not “Caucasian” nor even “American” and I don’t use Facebook. I’m from European small country (one of around 30) which have own language, history, dominant majority and minorities, but although we are predominantly “White”, we have also people of different phenotype who identify with our ethnicity (but we’re not smarter than people in US – in my country we also have people who cannot see farther their “categorical” noses, who feel strange forced to take a look out from their caves and who prefer to watch the shadows on the wall) ;-))

Nowdays we couldn't focus on ethnicity in burundi ,normally we should love each other

"However, there are many ethnicities within the Caucasian race e.g. Irish, Welsh, German, French, Spanish (as in the true meaning from Spain) Slovak etc." I think the author has fallen prey to the common error of using Caucasian to mean white. Caucasian and white are not interchangeable--Caucasian refers to the groups who originated from the Caucasus regions (I believe this makes Caucasian an ethnicity? Not too clear on this). Caucasian people are not white.

If Latin America is Latin, Why do we call the people who come here from Latin America Latinos and not Latin Americans. Do we call our French population Frencho Americans or Italians, Italiano Americans, what about Africano Americans or Irisho Americans. Nah we cannot call them Latin or Hispanic Americans that would make them sound American and we want them sounding very foreign. After all, we have to misname the people who come from parts of North, Central and South America because most are of either Latin European descent (who came to the Americas before the English) or of Native American descent. We need to keep up the facade that the Anglos were here first. We need to de-legitimize them and confuse the public about who they are. And if they come to this smallest part of the Americas, we'll teach their children that they are new to history in the Americas and that they sort of appeared out of thin air. Gosh the wicked witch of the west.