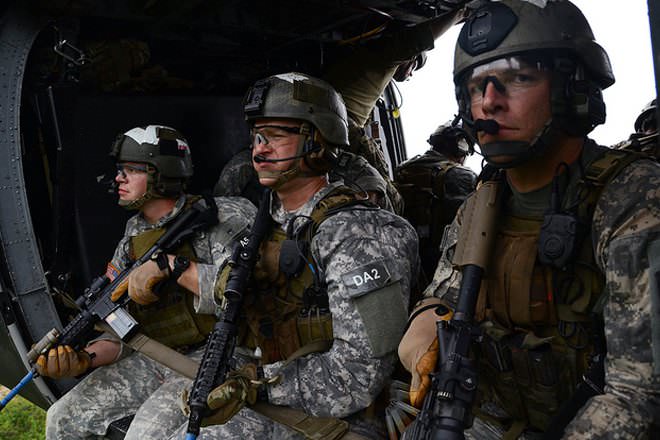 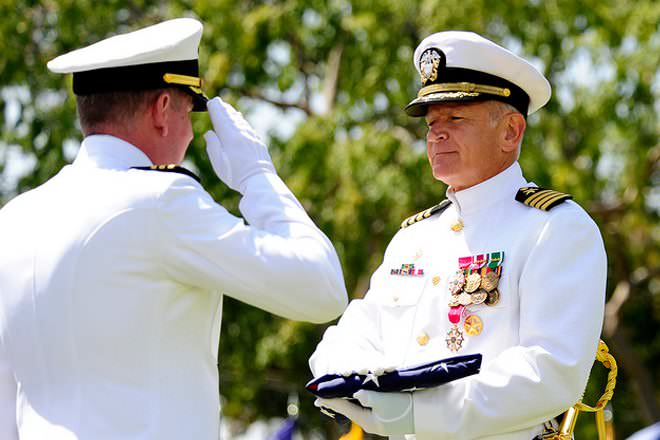 Navy SEALs and Army Special Forces (Green Berets) are elite U.S. armed forces units. There is some overlap in the kinds of missions they carry out but there are important differences between the two.

The Green Berets are the special forces unit of the U.S. Army while SEALs are a unit of the Navy. "SEAL" is derived from their capacity to operate at SEa, in the Air, and on Land – but it's their ability to work underwater that separates SEALs from most other military units in the world. 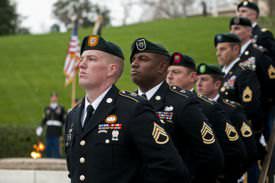 The United States Army Special Forces were formed in 1952, initially under the U.S. Army Psychological Warfare Division headed by then Brigadier General Robert A. McClure. Since their establishment in 1952, Special Forces soldiers have operated in Vietnam, El Salvador, Panama, Haiti, Somalia, Bosnia, Kosovo, Afghanistan, Iraq, the Philippines, and, in an FID role, Operation Enduring Freedom - Horn of Africa.

Notable Navy SEAL operations in recent memory include the death of Osama bin Laden in May 2011 and the rescue of the freighter ship Maersk Alabama in April 2009.

A Special Forces Group is historically assigned to a Unified Combatant Command or a theater of operations. The Special Forces Operational Detachment C or C-detachment (SFODC) is responsible for a theater or a major subcomponent, which can provide command and control of up to 18 SFODAs, three SFODB, or a mixture of the two. Subordinate to it are the Special Forces Operational Detachment Bs or B-detachments (SFODB), which can provide command and control for six SFODAs. Further subordinate, the SFODAs typically raise company- to battalion-sized units when on UW missions. They can form 6-man "split A" detachments that are often used for Surveillance & Reconnaissance (SR).

On the Green Beret insignia, there are two silver arrows crossed with a silver dagger above them, surrounded by a black ribbon. It bears the motto de oppresso liber (to liberate the oppressed). The crest is the crossed arrow collar insignia of the First Special Service Force (a joint World War II American-Canadian commando unit organized in 1942).

The Navy SEALs insignia is officially called Special Warfare insignia, and is also known as the “SEAL Trident”, or "The Budweiser". It was created in the 1960s. It recognizes those service members who have completed the Navy's Basic Underwater Demolition/SEAL (BUD/S) training, completed SEAL Qualification Training and have been designated as U.S. Navy SEALs. The Special Warfare insignia was initially issued in two grades, being a gold badge for officers and silver for enlisted. In the 1970s, the Silver SEAL badge was abolished and the Special Warfare Badge was issued thereafter in a single grade.

They are both elite units, yet different by nature of services. Both have historical lineages that are traced back to WWII during the time of the OSS. Seals initial training is geared towards BUDS and the artifice of land and water warfare. SF is initially trained in small unit tactics, specific MOS's and cultural awareness ( learning a 2nd + language). Once both highly skilled operators reach each unit, specialty skills can be achieved, ie free fall. both operate within combat applications. both operate in piece time missions and train foreign units. SF is the only unit however, that conducts true unconventional warfare. This discipline is actually their bread and butter. When peacetime exists, SF focuses on UW. Both operators are elite. Both units are tough and train to win. training techniques vary by service, but both train towards excellence. they even attend joint schools. As is prevalent in any military unit, you will find operators that excel or don't. Each operator is a brave man who returns home to his family at night. They are both vulnerable to ied's, suicide vest, and ambushes. The choice to be in a unit where they know that they will be in danger's way speaks volumes about their character.

I often explain to folks that our missions are quite different. Consider this, the average mission for Delta or a Seal might be counted in hours. A mission for SF might be counted in months. Thats why we rarely look like Rambo, but rather thinner and smarter. Battles can be won by brawn alone, but wars are won by intelligence. Freedom is rarely given, but rather taken by those who wish to be free with the help of friends.
De Oppresso Liber

I think they are both elite groups of soldiers that I respect and admire equally. From my perspective, not having trained with or gone through the rigors of becoming an Army SF soldier or a SEAL I can't say which one is better. I think arguments like this devalue both. The SEALs are trained differently from the Green berets, the Green Berets go about their business in a similar way but also in different ways. They are both elite and both needed. The physical rigors of the Seals can be matched with the mental rigors of the Green Berets. Category does not define the warrior himself.

Different forces for different missions, there is no "best" , it just depends what the US needs done. Most of the anonymous comments explain this the best.

You are all idiots. Everyone is picking a side based on preference from a damn movie or a friend. Practically, SF is limitless in their uses, incredibly versatile. SEALS are actually quite unneeded. The navy just wants a commando unit. An SF soldier who has gone to SF combat diver course is a SEAL that speaks multiple languages, can carry more than 40 pounds in their freaking ruck, and can be in the field for more than a few hours. Anyone can gut it out through BUDS. if u don't quit ur pretty much in. In SFAS and SFQC u fail for anything and everything. Only the best and brightest survive on top of being physically superhuman. If SEALS weren't so glorified in popular culture people would see this.