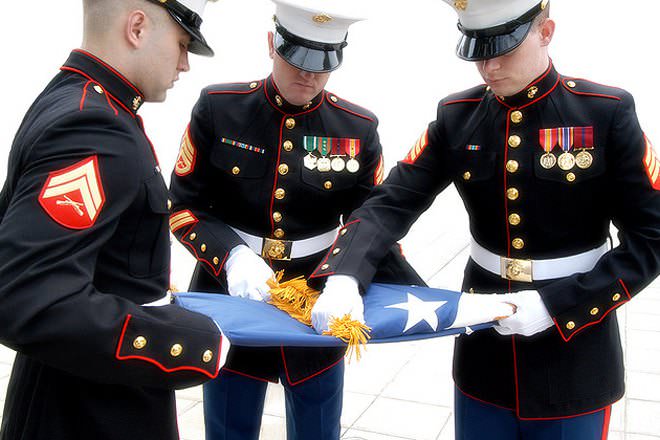 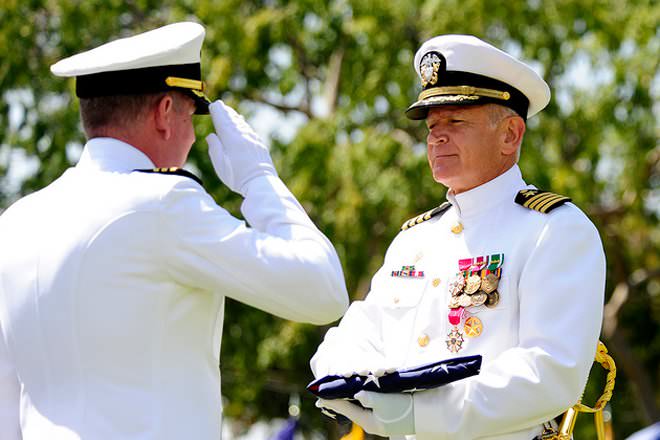 U.S. Navy SEALs are an elite unit, more exclusive and harder to be admitted to than the U.S. Marines.

The United States Marine Corps (also known as USMC or Marines) is one of the 5 branches of the U.S. military under the Department of Defense. It was created in 1775 as a special service. Although it is part of the U.S. Navy, it has its own special structure. Navy SEALs on the other hand are the U.S. Navy's main special operations force. They're part of the Naval Special Warfare Command (NSWC) and are the maritime component of the United States Special Operations Command (USSOCOM). "SEAL" is derived from their capacity to operate at SEa, in the Air, and on Land – but it's their ability to work underwater that separates SEALs from most other military units in the world.

SEAL candidates must be male, US citizens in the Navy or Coastguard between 18 and 28 years old. All applicants must have the equivalent of a high school education, score a minimum of 220 on the ASVAB and be proficient in English. To qualify, they must also have at least 20/75 vision, correctable to 20/20, be able to pass the SEAL Physical Screening Test and have no recent history of drug abuse. Lastly applicants must have "good moral character" as determined by his history of criminal convictions and civil citations.

Men and women between the ages of 17 and 29 who are working toward, or have earned, a high school diploma may qualify to enlist. For the officer commissioning programs, you must have college coursework toward a Bachelor's degree underway or completed before applying . Those still in college become part of the Platoon Leaders Class, and those who have a college degree undergo the Officer Candidate Course.

Marine boot camp training is more challenging - both mentally and physically - than the basic training programs of any of the other military services. At 13 weeks, it is also longer than the Army's 10 weeks or the Navy's 9 weeks. Training is open to both men and women. Every year roughly 35-40,000 recruits undergo training to become Marines. All recruits must pass a fitness test to start training; those who fail receive individualized attention and training until the minimum standards are reached.

Training to become a SEAL is an order of magnitude more difficult than the Marine bootcamp. The drop out rate for SEAL classes is usually around 80 percent. Officers and enlisted men train side-by-side. However, this program is not open to women. The average Navy SEAL spends over a year in a series of formal training environments. This includes a 24-week training course known as Basic Underwater Demolition/SEAL (BUD/S) school and then the 28-week SEAL Qualification Training (SQT) program.

The Marines have been involved in many conflicts, and had important roles in key battles such as Tripoli, Iwo Jima, Guadalcanal, and Inchon Bay. Notable Navy SEAL operations in recent memory include the death of Osama bin Laden in May 2011 and the rescue of the freighter ship Maersk Alabama in April 2009.

The Marine Corps insignia is the Eagle, globe and anchor. It traces its roots in the designs and ornaments of the early Continental Marines as well as the British Royal Marines. The globe signifies continuing historical service in any part of the world and the anchor acknowledges the naval tradition of the Marines. There is a ribbon clasped in the eagle's beak, bearing the Latin motto "Semper Fidelis" (Always Faithful). There are some differences between the uniform ornaments for enlisted Marines and officers. The enlisted Marines ornament is a single piece of gold-colored metal. The officers ornament is slightly larger, and is of silver with gold additions.

The Navy SEALs insignia is officially called Special Warfare insignia, and is also known as the “SEAL Trident”, or "The Budweiser". It was created in the 1960s. It recognizes those service members who have completed the Navy's Basic Underwater Demolition/SEAL (BUD/S) training, completed SEAL Qualification Training and have been designated as U.S. Navy SEALs. The Special Warfare insignia was initially issued in two grades, being a gold badge for officers and silver for enlisted. In the 1970s, the Silver SEAL badge was abolished and the Special Warfare Badge was issued thereafter in a single grade.

For the Marines on here commenting about SEALs, please have the respect to spell it properly. Would you ever spell it as marine? Negative. They aren't seals, they are SEALs.

I have always wondered, who invented Special Operations. Here are a few things I found.

Are you really comparing bud/sto recruit training for our pogs? Im flattered. How about comparing our infantrys role to the seals role, and actually give readers useful info instead of this vs crap.

There are five branches of the military, most people don't know that the coast guard is apart of the DOD and their flag is even placed in front of the air force during times of war. But it is unfair comparing the Marine corps as a whole to the Navy Seals, even though most Seals are recruited from the Marine Corps(not all). And this Article states that Marines are strictly Ground forces, when they actually engage in Air, Land and Sea combat. If the wanted a real comparison, they should have compared the Navy Seals up against Force Recon or MARSOC Marines. Force Recon actually used to Train Seals until they were bumped out of special forces by MARSOC, and then became just normal Recon for the Marines.