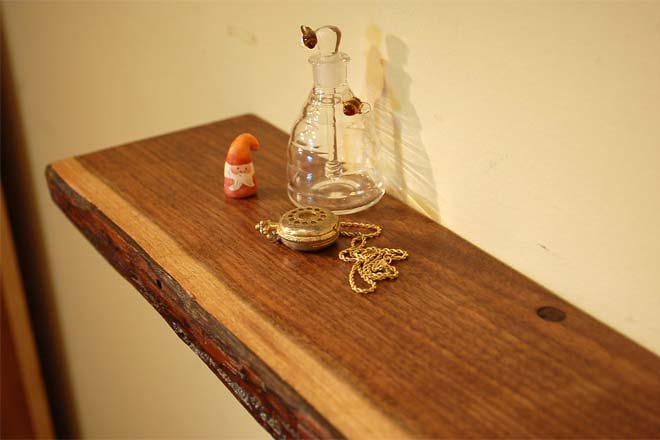 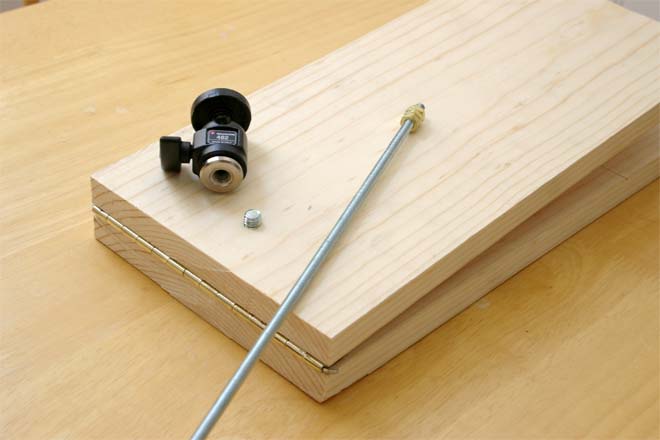 Classifying wood as either a hardwood or softwood comes down to its physical structure and makeup, and so it is overly simple to think of hardwoods as being hard and durable compared to soft and workable softwoods. This happens to be generally true, but there are exceptions, such as in the cases of wood from yew trees — a softwood that is relatively hard — and wood from balsa trees — a hardwood that is softer than softwoods.

Hardwood comes from angiosperm — or flowering plants — such as oak, maple, or walnut, that are not monocots. Softwood comes from gymnosperm trees, usually evergreen conifers, like pine or spruce. 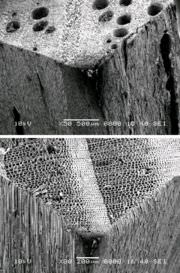 There are differences between the physical structures of hardwoods and softwoods. This is usually visible at both microscopic level and at the surface — hardwoods tend to have broad leaves, while softwoods tend to have needles and cones. Hardwoods have vessel elements that transport water throughout the wood; under a microscope, these elements appear as pores. In softwoods, medullary rays and tracheids transport water and produce sap. When viewed under a microscope, softwoods have no visible pores because tracheids do not have pores.

The pores in hardwoods are a lot of what gives hardwood its prominent grain, which is quite different from softwood's light grain.

Uses of Hardwood vs Softwood

In many cases, hardwoods and softwoods are both used for many of the same purposes, with more emphasis placed on the type of hardwood or softwood and how dense it is.

Generally, though, softwoods are cheaper and easier to work with than hardwoods. As such, they make up the bulk of all wood used in the world, with about 80% of all timber being a softwood. This is impressive considering hardwoods are much more common in the world than softwoods. Softwoods have a wide range of applications and are found in building components (e.g., windows, doors), furniture, medium-density fiberboard (MDF), paper, Christmas trees, and much more. Pines are one of the most commonly used softwoods.

Though hardwoods are often more expensive and sometimes more challenging to work with, their upside is that most — though not all — are denser, meaning many hardwoods will last longer than softwoods. For this reason, hardwoods are more likely to be found in high-quality furniture, decks, flooring, and construction that needs to last.

The denser a wood is, the harder, stronger, and more durable it is. Most hardwoods have a higher density than most softwoods. The chart below shows the density of some commonly used woods.

As evidenced by the table above, alder and balsa are soft hardwoods, while juniper and yew are hard softwoods.

Composition of Hardwood and Softwood

Softwoods contain more glucomannans than hardwoods, while hardwoods contain more xylans. Hardwoods are generally far more resistant to decay than softwoods when used for exterior work. However, solid hardwood joinery is expensive compared to softwood and most hardwood doors, for instance, now consist of a thin veneer bonded to MDF, a softwood product.

Thanks a ton for this, you don't understand how much people really appreciate sites like this.

thanks this really helped with my homework

yes hardwood is denser than softwood.