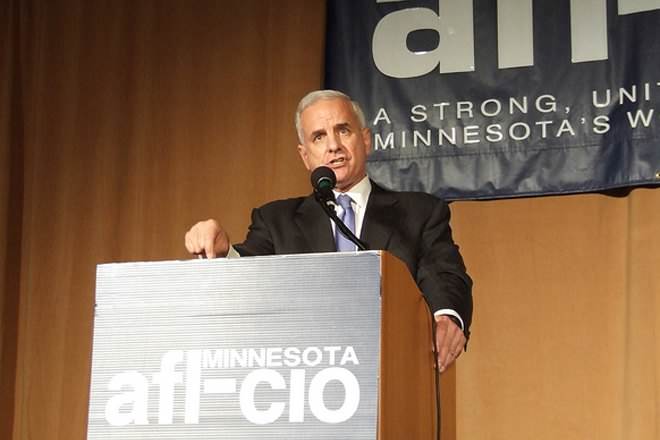 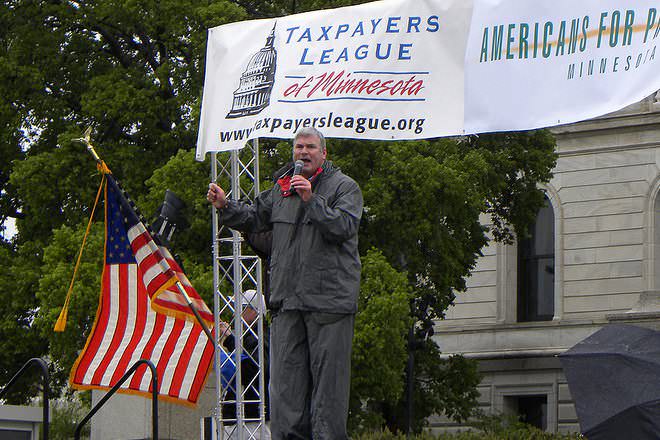 With 919,238 votes (43.7%) Mark Dayton is holding a slim lead over Tom Emmer (910,382 votes; 43.2%) but the race is too close to call. Tom Emmer and Mark Dayton are contestants in the 2010 gubernatorial elections in Minnesota in a race many political analysts are calling a tossup.

A member of the Minnesota DFL Party (affiliated with the Democratic Party), Mark Dayton has previously served as the senator (2001-2007) as well as the state auditor (1991-1995) for Minnesota.

In 2004, Tom Emmer was selected to be a member of the Minnesota House of Representatives. Emmer is currently a member of various committees viz. the Finance Committee, Oversight Committee, The the Health Care and Human Services Policy and the State and Local Government Operations Reform, Technology and Elections Committee.

Both candiates have focused on job creation in their economic policy proposals and both have released jobs plans. Highlights of Dayton's jobs plan include:

As a Republican, Tom Emmer believes that "an expansive and expensive state government has crippled our business environments". Emmer's economic policy proposals call for a tax reduction plan that adds up to more than $600 million in cuts for businesses.[1] Emmer has been opposed to the Obama administration's Recovery and Reinvestment Act (aka stimulus package). Highlights of Emmer's jobs plan include:

Similar to their economic policy, Dayton and Emmer follow the Democratic and Republican party lines when it comes to healthcare.

If elected, Dayton promises to expand the state government’s existing “public option” to cover more Minnesotans, and to pass the proposal submitted by Education Minnesota that allows school districts to come together and negotiate health care benefits at lower costs for public school employees. He also shows support for the Single Payer health plan.

Emmer believes that healthcare can be made cheaper through competition and not "through artificial cost reductions, restricted access and government-dictated standards". He has advanced the Health Care Freedom Act, that offers "tax deductions to individuals to purchase their health care, eliminate[s] costly insurance coverage mandates, and allow[s] Minnesotans to purchase health insurance products across state lines".

In the 1998 gubernational election, Dayton stated that he supported legalized abortions . He also mentioned that he was against ‘third-trimester’ abortions and ‘partial-birth’ abortions. Tom Emmer is pro-life.

Dayton supports "full marriage equality with full benefits". Emmer believes that "marriage is the union between one man and one woman".

While Dayton claims to support the Second Amendment, his voting record on gun control indicates that he supports certain gun control legislation including trigger locks, background checks on private sales of firearms and banning guns in schools.

Emmer is a strong supporter of gun ownership rights. On May 7, 2009, he introduced a bill, the Firearms Freedom Act, which would exempt Minnesota from federal registration of guns or ammunition manufactured in Minnesota and sold or possessed by Minnesotans.

Dayton vs Emmer in Opinion Polls

Dayton released his first ad campaign on the 14th of June 2010 that cost him over $300,000. It is an ad that features introductory messages from the candidate. $500,000 was spent by Alliance for a Better Minnesota, to launch an attack ad against Emmer on 6th July 2010.

If elected governor, Mark Dayton proposes to decrease tuition fee at college level to encourage students to learn in Minnesota. He also insists on increasing the compensation that the teachers currently receive. Tom Emmer is of the view that the fundamental philosophy on which American schools were established, need to be reformed. He is of the opinion that children in America have different variations of talents and challenges. He proposes reforms in compensation for teachers, in choice of schools (public, private etc) and affordability through grants, scholarships.

In 2000, Mark insisted on curbing the bureaucracy at Immigration and Naturalization Services in order to tackle the backlog of applications that were waiting to be responded to. Emmer is in favor of enforcing federal laws that govern illegal entry / stay of workers in the United States of America.