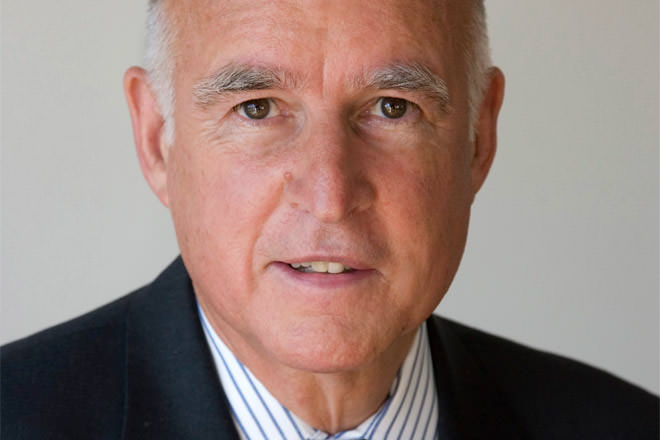 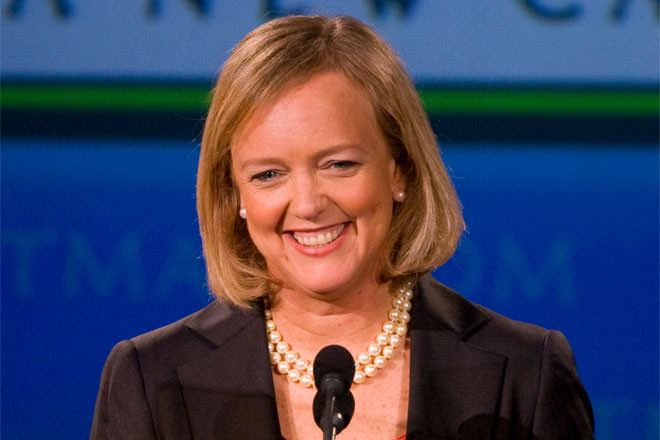 Jerry Brown (Democrat) defeated Meg Whitman (Republican) in the closely contested 2010 gubernatorial elections in California to replace incumbent two-term governor Arnold Schwarzenegger. This article presents an unbiased comparison of both candidates and their positions on social, economic and political issues.

Jerry Brown has had an extensive political career; he was California Secretary of State (1971–1975), Governor of California (1975–1983), chair of the California Democratic Party (1989–1991), the Mayor of Oakland (1998–2006), and the Attorney General of California (2007–present). He ran for president in 1976, 1980, and 1992, but was unsuccessful in securing the Democratic party nomination. Since Brown's first two terms as Governor of California were before 1990 (when term limits came into effect), he is not barred from running for Governor again.

Meg Whitman does not have a background in politics. She is best known for being the CEO of eBay from 1998 to 2008. A graduate of Princeton University and Harvard Business School, Whitman has served as an executive at Procter & Gamble, The Walt Disney Company and DreamWorks. She is a billionaire and the fourth wealthiest woman in California according to Forbes.

With the state of California facing a severe budget deficit, voters are concerned about economic policy.

Brown's economic proposals as outlined in his "jobs plan" include:

Whitman's proposals for job creation include:

When the question of California's "pension problem", i.e. the cost of paying out pensions spiraling out of control, was posed to both candidates during the debate[1], Jerry Brown:

Whitman pointed out that it's difficult to negotiate with public employee unions if they are funding your campaign (a barb at Jerry Brown). She went on to outline her proposals, which sounded similar to Brown's proposals:

Brown supported a single-payer health care system when he was running for president in the 80s and 1992, but has said he would be hesitant to create a government-run health care system in the state. Instead, he suggested Congress should pass President Obama's plan for expanded health care at the national level.[3]

Meg Whitman proposed that California should move to block the newly signed national healthcare plan because it would deepen the state's budget deficit.[4]

Proposition 8, which was approved by voters in California, denies gay and lesbians couples the right to get married. Jerry Brown opposes Proposition 8 and as Attorney General, he refused to defend it when it was challenged in court.

Meg Whitman supports Proposition 8. However, she supports civil unions and believes that gay marriages that took place before Prop. 8 was passed should be recognized and that gay couples should be allowed to adopt children.[5]

Whitman voted in favor of California Proposition 4, an initiative that requires minors to notify a parent prior to undergoing an abortion, except in certain cases. Whitman supports abortion rights, but not late-term abortion.

Jerry Brown has come out strongly in support of women's abortion rights, saying he planned on pushing budget reforms to aid access for low-income women if elected governor in November.[6]

Brown is of the opinion that possessing guns is a constitutional right and that Californians shouldn't have to give it up. Meg Whitman, who doesn't own a gun, supports the Second Amendment but maintains that a ban on assault weapons and handgun restrictions are in the best interest of the state.

Whitman has been spotted at 10 public events since the primaries as opposed to 26 by Jerry Brown. However, it is speculated that Whitman will be very dominant on the airwaves until fall when Brown proposes to launch his campaign targeting her ethics with a $23 million backup that is being saved for the purpose.[7]

Meg Whitman continues to pump in money for the election and has mentioned that she would put in a total $150 million of her own money into campaigns and other promotional ventures.[8]

Here are videos from the first televised debate between Whitman and Brown at UC Davis:

The Brown vs Whitman race is one of the most closely contested elections in 2010.

What about their solution to pay for California pensions? This seems to be the biggest problem facing California.

Can you please add a simple table to show the positions of each candidate for each of the propositions on the November 2010 ballot?

Jerry Brown is a career politician who if elected will bankrupt California, as he almost did last time he was in office. He has no respect for the Califorinia constitution which has a limit of two terms as Govenor, and requires that you are an active member of the California Bar for at least 5 years prior to holding the office of Attorney General. He apparently feels he is above the law in both of these rules. He has a flagrant disregard for the will of the voters, in that he refuses to support legislation which is passed by a majority vote if it goes against his ideology, such as the death penalty, refusing to hear cases against sactuary cities, and refuses to accept that the voters of California by a majority vote in two separate elections rejected same sex marriags. Meg brings experience, knowledge, and a proven record to solve California's problems. I would vote for Meg any day of the week over that blow-heart, has-been Jerry Brown.