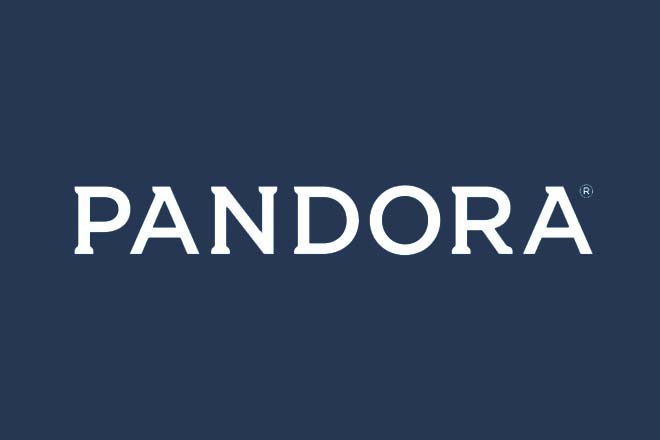 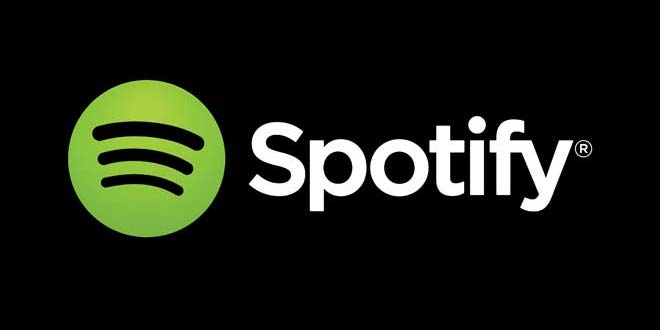 The popular music streaming services Pandora and Spotify function very differently. Spotify listeners can choose the songs they want to play, when they want to play them. Meanwhile, Pandora is a radio service that does not let users choose the specific songs they want to listen to, whenever they want. Instead, users create a "radio station" based on artists, songs, or genres they already like; Pandora then finds songs that are "musically similar" by way of their Music Genome Project.

Pandora is a way for users to discover new music that matches their tastes, while Spotify—even though it offers radio stations, too—is better suited to stream and share music that users already know and love.

How Pandora and Spotify Work

When a user visits Pandora and creates a radio station based on, for example, his or her favorite artist, Pandora searches for similar artists and songs using the complex algorithms of the Music Genome Project, a music database that Pandora has patented. The Music Genome Project compiles information on songs, first categorizing each one by genre. A musician then analyzes every song for up to 30 minutes at a time, finding unique characteristics with which to further categorize the music by (e.g., types of instruments used, gender of lead vocalist, rhythm, tonality, etc.). Most songs have hundreds of attributes that help Pandora determine the similarities and differences between one song and another.

Pandora users can further customize their personal radio stations by giving a thumbs up or thumbs down to songs that are recommended to them. They can also share their stations with friends; however, linking to specific songs directly is impossible due to licensing restrictions.

Spotify is less about new music discovery than it is about replacing traditional music players, like iTunes or Windows Media Player, with streamable music. Spotify depends on a large catalogue of roughly 20 million songs to accomplish this—a sticking point in some countries when major record labels have not wanted to make deals with the company. In theory, users should be able to create an account on Spotify, search for any song or artist that they like, and begin streaming that music with Spotify's online player.

On Pandora, radio stations are really just playlists (and vice versa) and come with the same limitations that all Pandora stations come with. Users can build their own stations/playlists based on their favorite music, use friends' shared playlists, or take advantage of one of many public Pandora stations that are based on genre. However, manually adding individual songs or albums is not supported.

Playlists on Spotify work in the same way that playlists in traditional media players work. Music is manually added or removed by the user. The only difference between Spotify's playlists and traditional media players' playlists is that Spotify's can be easily shared (and even co-edited). This has made Spotify a popular choice among those searching for a free or cheap and legal way to share their favorite artists and songs. It has even led to the creation of full websites (e.g., Playlists.net) dedicated to sharing and rating spotify playlists.

Pandora allows users to create up to 100 unique stations/playlists, while Spotify puts no limit on the number of playlists a user can create.

Pandora has mobile phone apps for Android and iOS, as well as some limited support among Windows Mobile devices and Blackberries. On the iPhone, the Pandora app can only be installed using a U.S., Australian, or New Zealand iTunes account.

Spotify has apps available on a wide variety of mobile devices around the globe. Android, iOS, Blackberry, and Windows Mobile and Windows Phone are all supported.

Relatively few restrictions are placed on non-paying Pandora and Spotify members. The most jarring difference between free and paid memberships on both services is the presence of ads; paying members experience no audio ads on Pandora or Spotify.

As of 2014, students can subscribe to Spotify Premium for $4.99 a month provided they have a .edu email address from an accredited college or university in the U.S. that they can prove they are enrolled in. This reduced pricing is available to students for three years. 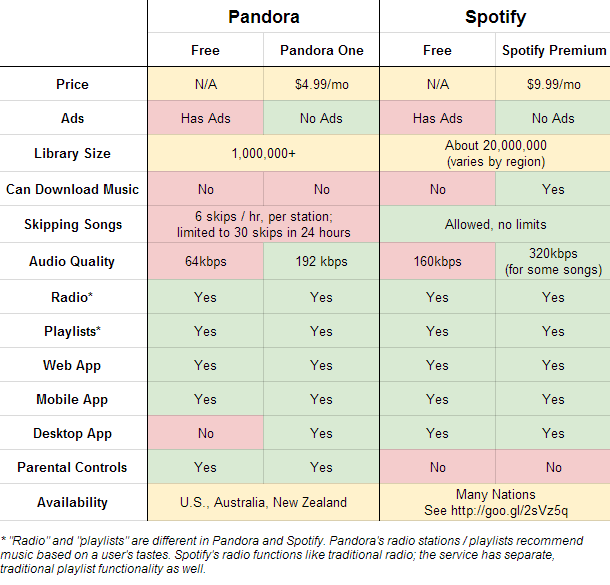 Both Pandora and Spotify put restrictions on non-paying users. The restrictions have changed numerous times over the years as both companies have tried out different pricing models and been affected by changing licensing fees or laws.

At present, Pandora's restrictions on its free members are as follows:

Pandora One's benefits include the following:

Spotify Premium benefits include the following:

In 2011, Tim Westergren, a founder of Pandora, stated that the service had over 900,000 songs in its library catalogue at the time. More recent statistics are difficult to find, but it is likely Pandora has well over a million songs in its database as of 2014. Pandora has a good track record of finding and adding obscure independent artists, which aids users in discovering new music.

Because Spotify depends on having songs available on demand, the company has been more aggressive about making deals with major labels as well as well known independent labels. In 2012, its catalogue was said to hold about 20 million songs; however, the size of the catalogue varies by region due to licensing restrictions.

Pandora and Spotify provide users with several ways to share music, but Spotify has more widespread, general sharing capabilities than Pandora does.

On Pandora, users can share links to stations via email, Facebook, or Twitter. Users can also share links to individual tracks, but the web address points to general song information—lyrics, purchase info, and a link to create a station based on the song, not listen to it directly (see an example).

With Spotify, users can share individual songs, full albums, and playlists. This is done via special links that target the Spotify application itself. This flexibility has led many third-party websites to adopt Spotify links as a method to legally share music. And as of 2014, Spotify has teamed up with Last.fm, an online music statistics and recommendation service, to try to compete with Pandora.

For parents who are concerned about the music their children might listen to, Pandora is the better option, as it offers parental control options that will play censored versions of songs and exclude others entirely. Because every song is analyzed by real people, Pandora's parental controls are very reliable and do not simply rely on "Parental Advisory" labels.

In contrast to Pandora's rigorous parental control system, Spotify offers no such capabilities. This means that explicit, uncensored music is available to anyone who signs up to Spotify.

While Spotify's flexibility may make it more universal on the web in some respects, Pandora is found a lot more frequently beyond computers and mobile devices. Not only do many audio-video receives, media players, and HDTVs carry default support for Pandora, but so too do many modern automobiles that have digital radio systems.

Spotify can be found on or downloaded for many mobile devices and media players, but it is rarer on HDTVs and is not built in to any vehicle's digital radio systems by default. In some cases, Spotify Connect can be used to join Spotify with a device or set of speakers, which are controlled via the Spotify mobile app, but Connect requires a premium membership. 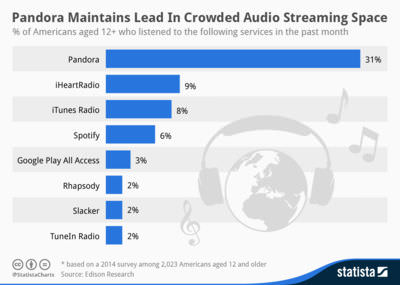 Pandora is much more popular than Spotify in the U.S.

Pandora has more users than Spotify does, but Spotify's service is available to more users around the world. Whereas Pandora only serves users in the U.S., Australia, and New Zealand, due to licensing issues, Spotify reaches dozens of countries and territories (click here for a full list). This has made Spotify popular outside of the U.S., but Americans remain loyal to Pandora according to statistics.

In 2014, Pandora reached 200 million users, with nearly 70 million active each month. By comparison, Spotify has about 40 million users as of 2014, 10 million of them premium subscribers.

Both Pandora and Spotify depend on banner advertisements, music-interrupting ads, and premium member subscriptions for funding. However, as of 2014, both companies operate at a net loss.