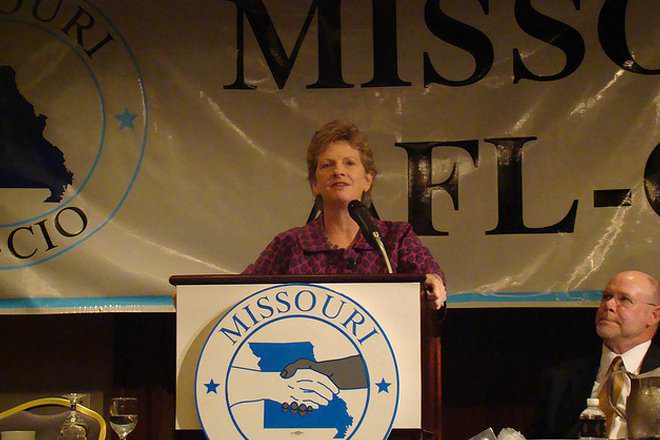 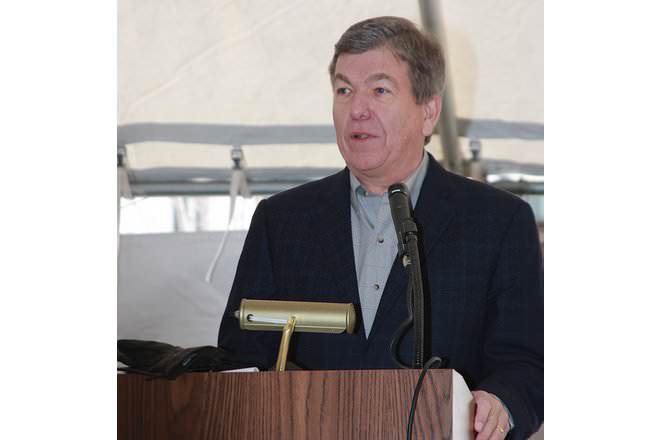 Robin Carnahan was elected as Missouri's 38th Secretary of State on November 2, 2004. She defeated Catherine Hanaway (Republican), then Speaker of Missouri House of Representatives.

Roy Blunt (Republican) is the American member of Congress from Missouri representing Missouri's 7th congressional district in the US House of Representatives.

Robin Carnahan was born to Missouri politicians Mel and Jean Carnahan near Rolla Missouri. She graduated from Rolla High School and later went on to get her bachelor's degree in Economics from William Jewell College, Liberty, Missouri. She continued her education at University of Virginia School of Law and received her Juris Doctor degree in 1986. She worked with St Louis law firm and law firm of Thompson & Mitchell prior to proceeding to rebuild democracies and economies in Europe. 2004 saw Robin Carnahan being elected as Missouri's Secretary of State. She has been a pioneer in reducing red tape for businesses.

Roy Blunt was born to Neva Dora Letterman and Leory O. Blunt in Niangua, Missouri. In 1970 he earned the degree of Bachelor of Arts in history from Southwest Baptist University and he got his master's degree from Missouri State University in history two years later. Blunt has four children and five grandchildren. His son, Matthew Roy Blunt is former Governor of Missouri. In 1972, Blunt entered politics and was elected as county clerk and chief election official of Greene County. In 1996 he was elected to the US House of Representatives. He succeeded Mel Hancock and since then has been reelected 6 times.

Roy Blunt wants the government to impose honest accounting so that there is a curb on wasteful projects. Job creation rates high on Roy Blunt's election agenda and he believes that America's glory as the 'land of opportunity' must be restored.

Robin Carnahan feels that bailouts of big corporations should be stopped and new jobs should be created by offering assistance and support to small businesses and manufacturers in order to increase employment opportunities. Simplifying tax code, providing resources and cutting red tape are the ways that she believes would encourage small businesses. Emphasis on education and job training should be increased in order to retain jobs in the country. Moreover making college tuition affordable is one of her priorities.

Robin Carnahan stands by the view that foreign dependence on oil should be reduced by increasing domestic energy production. Clean energy jobs and industries should be given a boost as this would indirectly reduce pollution and global warming.

Roy Blunt too encourages production of US oil, natural gas and coal in ways which would support cause of global warming. He emphasizes the implementation of sensible policies that are in accordance with conservation of energy as well as increase investments in alternate fuels.

Robin Carnahan wants a strong national security policy to strengthen the military. She believes in making the military ready for unexpected and unforeseen crises in the world apart from providing them with weapons, training and equipment.

Roy Blunt feels that the defense budgets should empower the American military so that it can carry out its duty to protect the nation with matchless strength. He strongly supports defense industries and believes that America must be secured against any adversary.

Robin Carnahan wants to refocus America's resources and combat terrorism in Afghanistan and Pakistan. The troops ion Iraq should be honored and brought back home to America and Iraq's government should be supported to stand on its own. Hostile regimes of Iran and North Korea should not be allowed to fulfill their nuclear ambition.

Roy Blunt stands by America's resolve in fighting global war against terrorism. Roy believes that the fight in Iraq and Afghanistan is against terrorism and America should keep its security commitments. Roy feels that Israel is America's ally in the Middle East and Iran's rush to possess nuclear weapons can pose a threat to Israel, America and the whole world.

Roy Blunt's campaign has picked up pace and is giving Robin Carnahan stiff competition in the new year 2010. Most reports predict this election to be a toss up. Source: Wikipedia