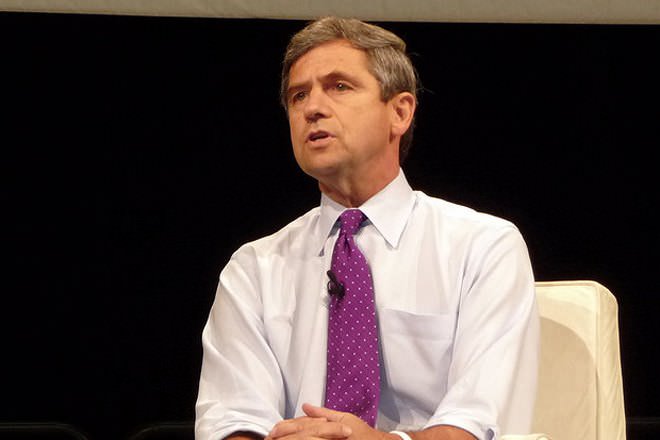 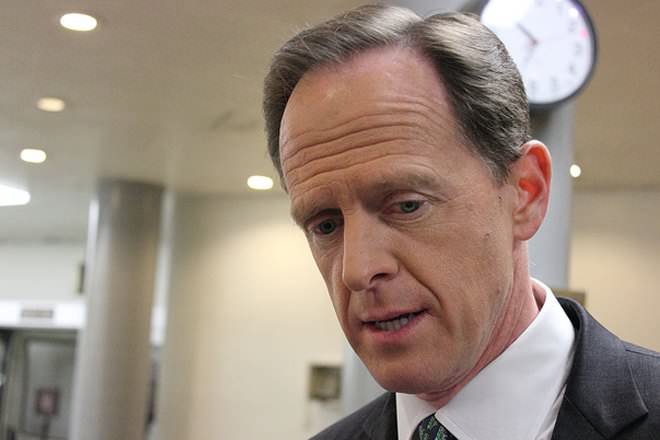 Pat Toomey (Republican) defeated Joe Sestak (Democrat) to win the US Senate seat from Pennsylvania in the 2010 senate elections.

Sestak challenged the five-term incumbent Arlen Specter, for the Democratic nomination, and defeated him on May 18, 2010

Pat Toomey was the member of the US House of Representatives from Pennsylvania. He represented the Republican party from the Lehigh Valley, 15th congressional district during January 1999 to January 2005.

Sestak supports the Health Care Reform Bill whereas Pat Toomey does not. Pat Toomey wants to allow people to purchase their own health insurance and provide tax benefits for the same. The Health Care Reform Bill signed into law aims at increasing health insurance coverage to 83% of Americans who are currently uninsured and increase this percentage to 95% in a couple of years.

Both Sestak and Toomey believe that unemployment and revival of businesses are the main current concerns of the nation.

Sestak voted on the Stimulus and the Tax Extenders and Alternative Minimum Tax Relief Act of 2008.

Pat Toomey believes that if tax is eliminated on capital gains and tax on businesses is reduced, there would be an immediate spurt in job growth and competitiveness among US companies.

Sestak voted for the Waxman Markey American Clean Energy and Security Act (Cap and Trade) program. He is the only Pennsylvanian congressman to have a 100% rating from the League of Conservation Voters and PennEnvironment. He was also endorsed by the Sierra Club in his 2008 Congressional re-election. He voted for the Renewable Energy and Energy Conservation Tax Act of 2007 and the New Direction for Energy Independence, National Security and Consumer Protection Act. He was also an original co-sponsor of the Climate Stewardship Act (H.R. 620) and the Safe Climate Act.

Pat Toomey believes in harnessing America's natural resources without harming them. Toomey voted for drilling in Arctic National Wildlife Refuge in Alaska. He also is in support of drilling for oil in the Outer Continental shelf. Toomey is against raising taxes on gas.

Sestak supported the deployment of additional troops to Afghanistan in late 2009, and military actions such as drone strikes in northwest Pakistan. He supports the gradual draw down of troops from Iraq.

Pat Toomey believes in strengthening the country's defense and take military action guided by country's national interest. He supports increasing funding of important defense systems like the strategic missile defense program. He believes in extending support to democratic allies all over the world. He is an ardent supporter of soldiers and veterans and aims at securing their continued well being.

Sestak was born in Secane, Pennsylvania. His father graduated from the U.S. Naval Academy in 1942, and then fought in both the Atlantic and the Pacific during WW-II. His mother Kathleen is a retired high school math teacher. Sestak also graduated from the U.S. Naval Academy in 1974 with a Bachelor of Science degree in American political systems. Between tours at sea, Sestak earned a Master of Public Administration and a Ph.D. in political economy and government from the John F. Kennedy School of Government at Harvard University in 1980 and 1984, respectively. Joe Sestak was elected to Congress in 2006 to represent the 7th Congressional District where he was born and raised. During a distinguished 31-year career in the United States Navy, Joe attained the rank of 3-star Admiral and served in the White House, Pentagon, and in operational commands at sea. He is the senior military veteran, and the highest-ranking former military officer ever elected to either branch of Congress.

Pat Toomey was born to and raised by Catholic parents. Work-study and scholarships made it possible for Pat Toomey to study at the La Salle Academy and Harvard University from where he graduated in political science. He worked in Chemical Bank and Morgan, Grenfell & Co and later went on to open a Rookie's Restaurant with his two younger brothers. He was elected to Government Study Commission in 1994. In 1997, he married Kris Ann Duncan and they have two children.

More data on opinion polls, such as the number of people polled, margins of error and other candidate scores, are available on Wikipedia.[1]