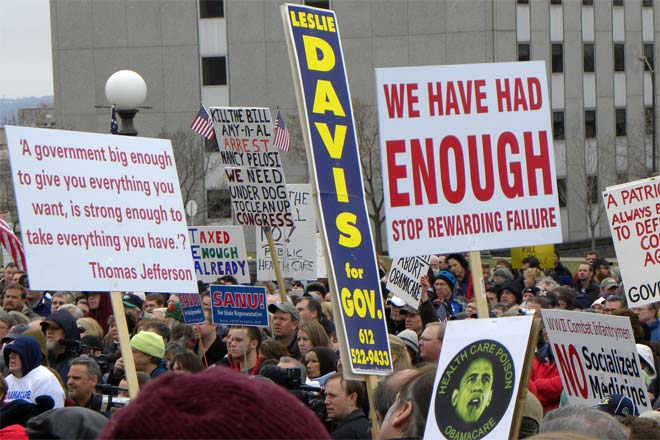 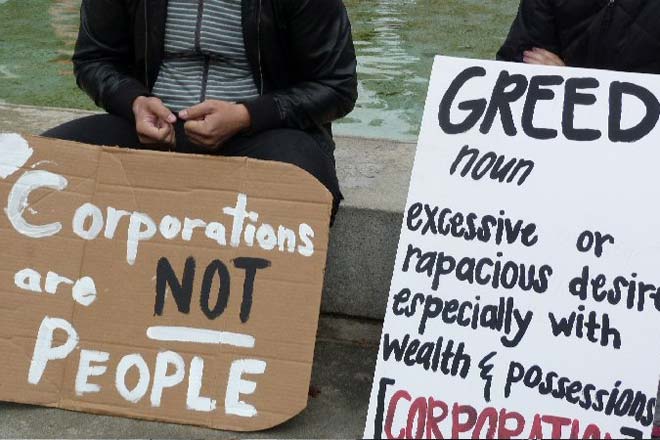 The epithet conservative or liberal is used to describe political and economic views and affiliations. The meaning of "conservative" or "liberal" could be different in different contexts - social, economic and political. They also differ in usage in different countries and over time.

In terms of views on social issues, conservatives oppose gay marriage, abortion and embryonic stem cell research. Liberals on the other hand, are more left-leaning and generally supportive of the right of gay people to get married and women's right to choose to have an abortion, as ruled by the U.S. Supreme Court in Roe v Wade.

With regard to the right to bear arms, conservatives support this right as it applies to all US citizens, whereas liberals oppose civilian gun ownership - or at the very least, demand that restrictions be places such as background checks on people who want to buy guns, requiring guns to be registered etc.

In contrast, liberals believe many citizens rely on government services for healthcare, unemployment insurance, health and safety regulations, and so on. As such, liberals often favor a larger government that taxes more and spends more to provide services to its citizens.

Some good examples of this policy split are the Environmental Protection Agency, which liberals think is vital and some conservatives want to abolish or scale down, and the Medicare and Medicaid programs, which liberals want to expand and conservatives believe should be partially or completely privatized through a voucher system connected to private health insurers.

In the early part of the twentieth century, liberals - especially those in Britain - were those who stood for laissez fair capitalism. In more recent times, however, the nomenclature seems to have reversed. The exception to this is found in Australia, where the mainstream conservative party is called the Liberal Party and the mainstream non-conservative party is called the Labour Party.

Political liberals believe that parties motivated by self-interest are willing to behave in ways that are harmful to society unless government is prepared- and empowered to constrain them. They believe regulation is necessitated when individuals-, corporations-, and industries demonstrate a willingness to pursue financial gain at an intolerable cost to society--and grow too powerful to be constrained by other social institutions. Liberals believe in systematic protections against hazardous workplaces, unsafe consumer products, and environmental pollution. They remain wary of the corruption- and historic abuses--particularly the oppression of political minorities--that have taken place in the absence of oversight for state- and local authorities. Liberals value educators and put their trust in science. They believe the public welfare is promoted by cultivating a widely-tolerant and -permissive society.

Political conservatives believe commercial regulation does more harm than good--unnecessarily usurping political freedoms, potentially stifling transformative innovations, and typically leading to further regulatory interference. They endorse the contraction of governmental involvement in non-commercial aspects of society as well, calling upon the private sector to assume their activities. Conservatives call for the devolution of powers to the states, and believe locally-tailored solutions are more appropriate to local circumstances. They promulgate individual responsibility, and believe a strong society is made up of citizens who can stand on their own. Conservatives value the armed forces and place their emphasis on faith. Conservatives believe in the importance of stability, and promote law and order to protect the status quo.

Liberals believe in universal access to health care--they believe personal health should be in no way dependent upon one's financial resources, and support government intervention to sever that link. Political conservatives prefer no government sponsorship of health care; they prefer all industries to be private, favour deregulation of commerce, and advocate a reduced role for government in all aspects of society--they believe government should be in no way involved in one's healthcare purchasing decisions.

Jonathan Haidt, a University of Virginia psychology professor, has examined the values of liberals and conservatives through paired moral attributes: harm/care, fairnesss/reciprocity, ingroup/loyalty, authority/respect, purity/sanctity. He outlines the psychological differences in the following TED talk:

Haidt has also written a book, The Righteous Mind, based on his studies conducted over several years on liberal and conservative subjects. Nicholas Kristof, an avowed liberal, offered an unbiased review of the book and cited some interesting findings such as:

Liberals should not be confused with libertarians. Libertarians believe that the role of the government should be extremely limited, especially in the economic sphere. They believe that governments are prone to corruption and inefficiencies and that the private sector in a free market can achieve better outcomes than government bureaucracies, because they make better decisions on resource allocation. Liberals, on the other hand, favor more government involvement because they believe there are several areas where the private sector -- especially if left unregulated -- needs checks and balances to ensure consumer protection.

The primary focus of libertarians is the maximization of liberty for all citizens, regardless of race, class, or socio-economic position.

I'm both at the same time. I have some stuff I'm conservative about. And I have some things I'm liberal about. Go ahead berate me for it. At least I'm being honest.

Granted they are describing the two extremes, these are very narrow views. Honestly though, I believe very few people hold these singular views so completely. I personally fall somewhere in between. Sure, I may share ideals with conservatives, even passionately. But that does not mean I am not prone to my liberal perspective. It is just too hard to limit any individual to such stringent restrictions. That being said, the media is trying very hard to pull us into their struggle for viewership ratings.

My opinion -
Conservatives are pro-firearms because they believe in personal security and security of the nation.
Also, charity is the responsibility of the people, not the government, because small charities are on average much more efficient than large charities and especially government. i.e - I give my gently used couch to a local charity who immediately gives it to a family in need. I give my older working refrigerator to a government sponsored program, they give me $40, and it sits in an outside chained yard and rusts because of 'environmental concerns'. Whereas, I should have given it to a local org to redistribute to a family without a working fridge.

That is governments ultimate goal. To keep us divided. Can't a person be compassionate and fiscally responsible?

Who's in the right though? Sure when you are working you strive to see more workers earning their way. However, (which I can agree) I have also had unemployment for 6 months so I understand how nice it was to have the money to get by. Both are necessary, so why don't we merge the best of both worlds?