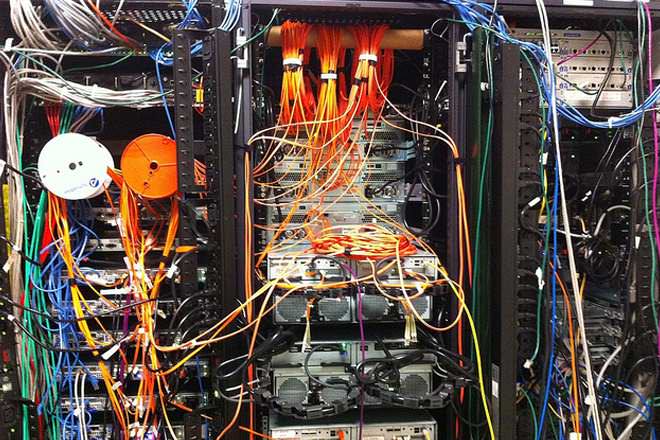 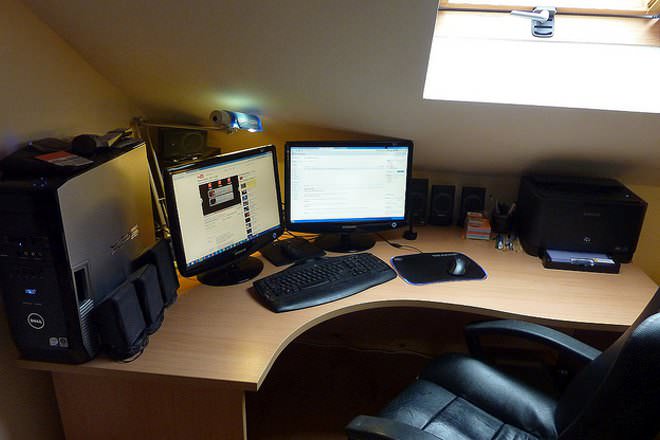 A server is an application or device that performs service for connected clients as part of client server architecture. It can also be a computer system that has been designated for running a specific server application . A server can also serve applications to users on an intranet.

A workstation is a personal computer that is used for high end applications such as graphic design, video editing, CAD, 3-D design, or other CPU and RAM intensive programs. A workstation typically has a top of the line, fast processor, multiple hard drives, and a lot of RAM memory. A workstation may also have special audio, video, or processing cards for special editing work. A workstation is marketed by computer manufacturers to professional users, while the server is more of a utility device.

Both form part of the networking architecture and differ in their functions and use.

Servers keep files such as html, images, video and applications available online for the client computer to access.. they also allow many computers to share applications or an internet connection. The function of a workstation is to complete high end applications like graphic design, video editing etc.

Users of servers and workstations

Workstations are intended primarily to be used by one person at a time, although they can usually also be accessed remotely by other users when necessary. Servers serve the task of connecting the user and generally will have no or single user.

Workstations may be designed for specific tasks like Auto CAD[1], Studio MAX etc or other work involving mathematical calculations, statistical data or video or graphic editing. While servers are intended for networking.

History of workstations and servers

Workstations were originally derived from lower cost versions of minicomputers such as the VAX line, which in turn had been designed to offload smaller compute tasks from the very expensive mainframe computers of the time. They rapidly adopted 32-bit single-chip microprocessors Motorola 68000 series, which were much less expensive than the multi-chip processors prevalent in early minis. Later generation workstations used 32-bit and 64-bit RISC processors, which offered higher performance than the CISC processors used in personal computers.

The most popular operating systems for servers are FreeBSD, Solaris and Linux while workstations run on UNIX.

Types of servers and workstations

GUI for workstations vs. servers

Workstations have the highest quality Graphical user interface with efficient video and audio qualities as they mostly do work related to video/audio editing. On the other hand, a Server lacks a GUI and other elaborate audio/ video interfaces.