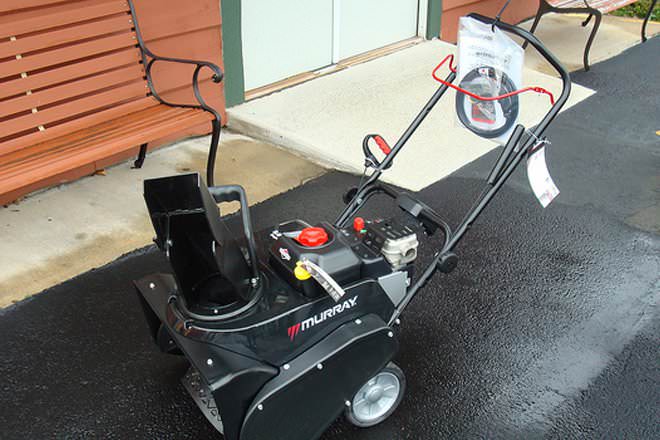 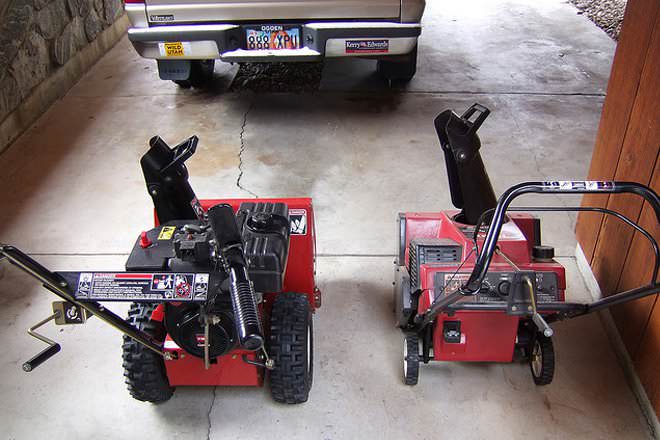 A snow blower or snow thrower is a machine for removing snow from an area where it is not wanted, such as a driveway, sidewalk.

By comparison, two-stage snow throwers have one or more low-speed metal augers that break up the snow and move it into a separate high-speed impeller (sometimes called the fan). The impeller 'blows' or 'projects' the snow out the discharge chute with considerable force. All but the lightest-duty snow throwers are typically two-stage machines.

Two-stage machines for home use are usually self-propelled, using large wheels equipped with tire chains. These are usually single-purpose machines, though some are detachable front ends that can be replaced with other implements, such as a rotary tiller.

Differences in size, shape and power

Two-stage snow throwers range in power from a few horsepower to very large machines powered by diesel engines of over 1000 horsepower (746 kW). The large machines are used for clearing roadways and airport runways. These are capable of removing large amounts of snow quickly. Some municipalities use larger snow throwers to clear snow from streets after a snowfall, often by throwing the snow into trucks which haul it away.