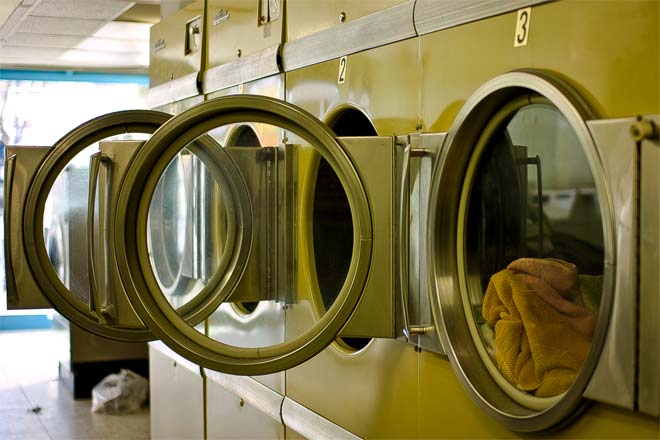 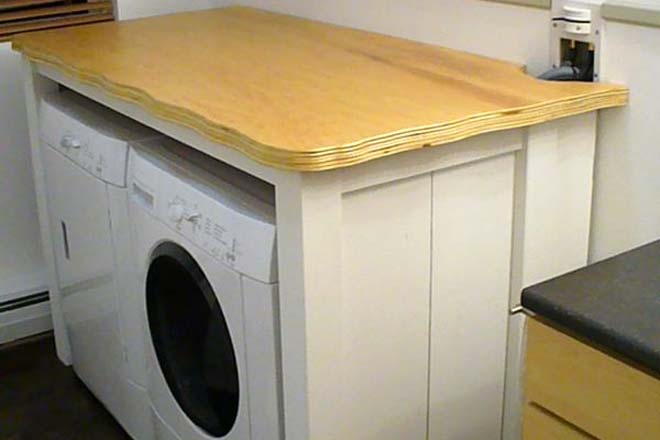 Electric dryers are less expensive to buy than gas dryers but can be costly over time as they need a lot of electricity to run. Gas dryers cost more upfront to buy and require a gas hookup as well as electrical power, but they are usually more energy efficient.

A gas burner generates the heat in a gas dryer, but electricity still powers the motors within the appliance. As such, gas dryers require access to a 110-volt electrical outlet and a gas hookup, the latter of which can be expensive to install ($500-$600). These units also require extra venting to the outdoors, which means gas dryers need more space than electric dryers.

Gas dryers are more energy efficient than electric dryers, but much depends on the model of the appliance and determining efficiency has been difficult over the years. It is worth noting that gas dryers tend to dry clothes faster than electric dryers do, meaning they do not have to run for as long and that they are easier on fabrics.

Energy Star, an international standard for energy efficient appliances and products, did not give its usual ratings to gas or electric dryers over the years because there was so little difference between models and no set specification with which to determine efficiency. In May 2014, however, Energy Star released its first set of specifications for efficient dryers. As such, buying energy efficient electric and gas dryers in the U.S. will be much easier in the near future.

A dryer is one of the least energy efficient appliances in a home and can easily account for 10% or more of energy usage. However, the concern over its cost is often somewhat exaggerated, as neither electric nor gas dryers cost more than $100 to $150 a year to operate — depending on local electricity and gas prices. This makes the appliance much cheaper to run than, for example, an electric water heater or refrigerator.

Electric dryers are almost certainly going to be cheaper to buy upfront, but whether an electric or gas dryer will be cheaper to run over the course of its lifetime depends on a number of factors. For those who live in an area with expensive gas prices or who do not already have access to a gas hookup, an electric dryer is likely the more cost effective choice overall.

Electric dryers require little space and can simply be plugged into a 240-volt outlet, making them ideal for apartments with limited room. These dryers may or may not need to be vented, depending on the model.

Gas dryers require more space because of the required gas line. They also need enough space for outdoor venting, often making them unsuitable for apartment living. Also, installing a gas line — if there isn't one already — requires expertise. Even with the presence of a gas line, it is recommended that gas dryers be installed by a technician, which increases the cost of installation.

In March 2000, the U.S. Consumer Product Safety Commission (CPSC) released a Report on Electric and Gas Clothes Dryers. In it they state that:

Electric dryers typically last longer than gas dryers, and they are also easier to fix. The first thing to break on a gas dryer is often the pilot light, which can be costly to repair and requires a specialist to fix it.

For both gas and electric dryers, it is very important to clean the lint screen after every load. The duct, vent, and hinged hood cover should also be cleaned periodically — at least once a year. 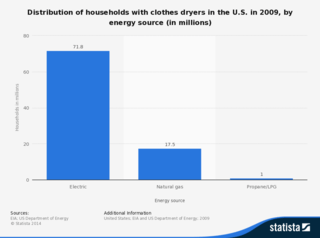 Click to enlarge. Chart showing the popularity of electric dryers in the U.S. over natural gas and propane dryers.

According to a 2009 survey released by the Energy Information Administration, electric dryers are much more popular than gas dryers in the U.S., with nearly 72 million households owning an electric dryer.

While hanging clothes to dry is really the only environmentally friendly solution, it may not be practical in every climate. Now that Energy Star ratings are available for dryers, purchasing an appliance that is energy efficient will be easier. Beyond that, there are numerous factors to consider, such as whether electricity is being generated from renewable sources, like wind or solar power. Properly maintaining and loading a dryer (i.e., not under or overloading it) will also lend to its efficiency.